Canyon of Heroes: After the U.S. women’s national soccer team won the World Cup, New York honored the women with a ticker-tape parade last week. This chart shows us the spirited history of those who’ve earned ticker-tape parades in New York, dating to the 1910s. From celebrating world leaders to “adventurers,” there have been some curious reasons for ticker-tape parades. (See: Douglas “Wrong Way” Corrigan in 1938.) [Noah Veltman] 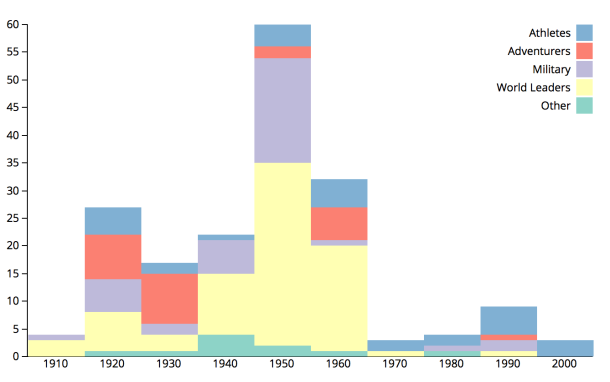 In one map: With some caveats, a new collection of high school graduation data at the district level gives us a more nuanced comparison across states and regions. [The Hechinger Report] 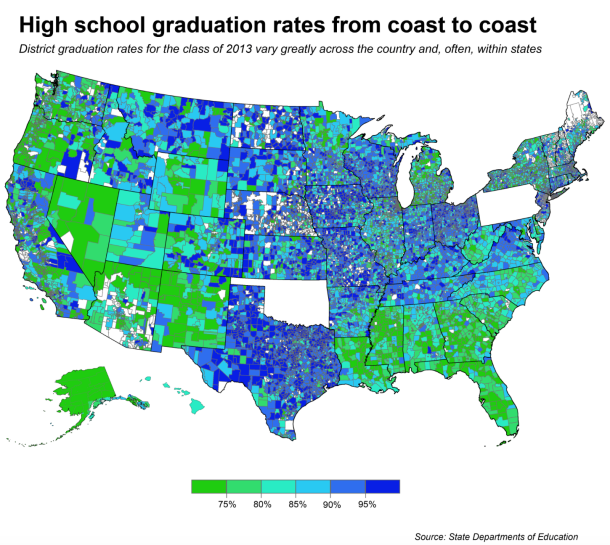 Experiments in birth control: After a six-year, statewide initiative, Colorado saw a surge in the number of young women using long-acting birth control, especially in the poorest parts of the state. Records indicate that one-fifth of women aged 18 to 44 in Colorado are now using long-acting contraception. Even more striking: the birthrate and rate of abortions among teenagers dropped by 40 and 42 percent, respectively, from 2009 to 2013. [The New York Times]

Surge in heroin-related deaths: The rate of heroin-overdose deaths has nearly quadrupled in the United States in the past 10 years, according to the Centers for Disease Control and Prevention. The increase is associated with an uptick in usage, partly because the drug is relatively cheap and widely available. [Quartz] 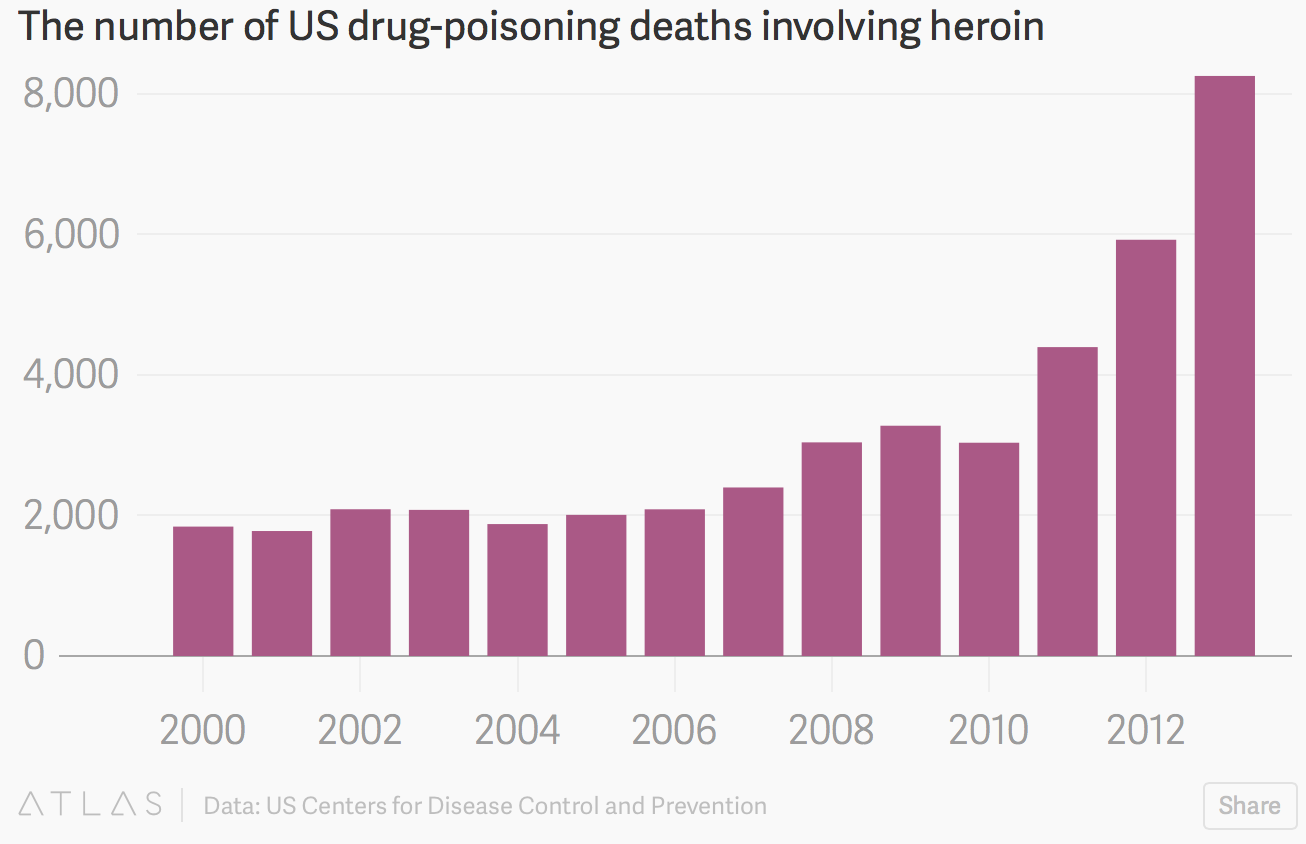 The relative value of $100: New federal data shows that your money goes further in Mississippi than in any other state. In fact, a dollar — or 100 of them — will get you more in the South or Midwest than in the Northeast or California. [The Washington Post] 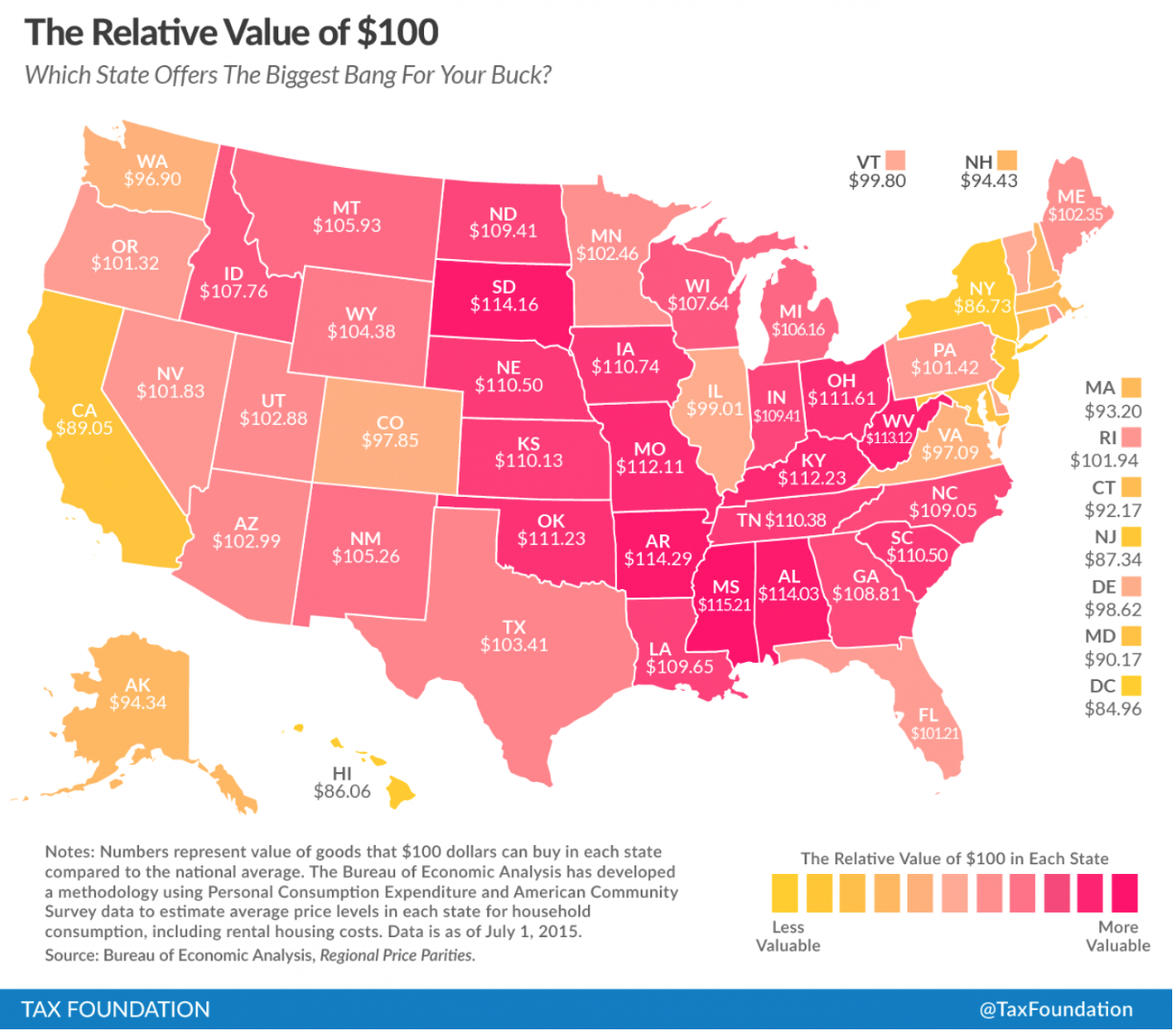 A certain je ne sais quoi: A sociologist at France’s Centre National de la Recherche Scientifique looked at the first names of 350,000 students and their 2015 school exam results. He found the highest scores among girls named Joséphine, Diane, Alice, Apolline and Alix, and the top-scoring boys’ name was Théophile. Every year, these statistics from the sociologist spark a little national debate in France about sociological determinism — this year probably won’t be an exception. (Be warned, it’s in French!) [The Huffington Post]