For an article on FiveThirtyEight today, Mike Lopez and Noah Davis charted the relationship between spending and win percentage for every baseball season since 1985. They found that the relationship between money and winning in baseball is as strong now as it’s been any time in the free-agency era. Below you’ll see that relationship for each team in the majors. Each season is one dot in the figure, and the colored line is a smoothed curve fit through the points. Essentially, the higher the curve, the more the team’s money was well-spent. The gray line is an aggregation of all the data points across the entire league, and that line shows a pattern: More money generally means more wins. 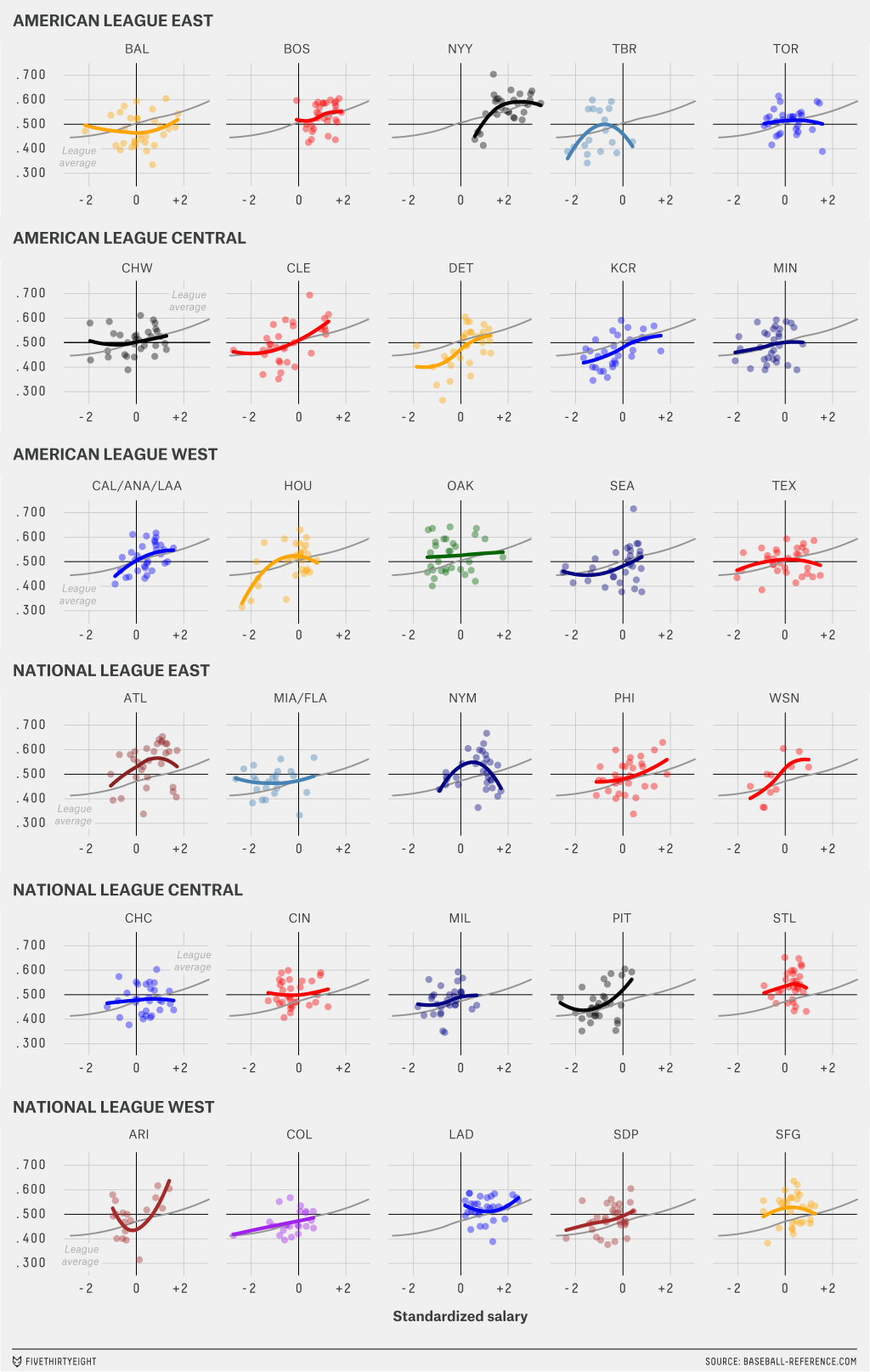