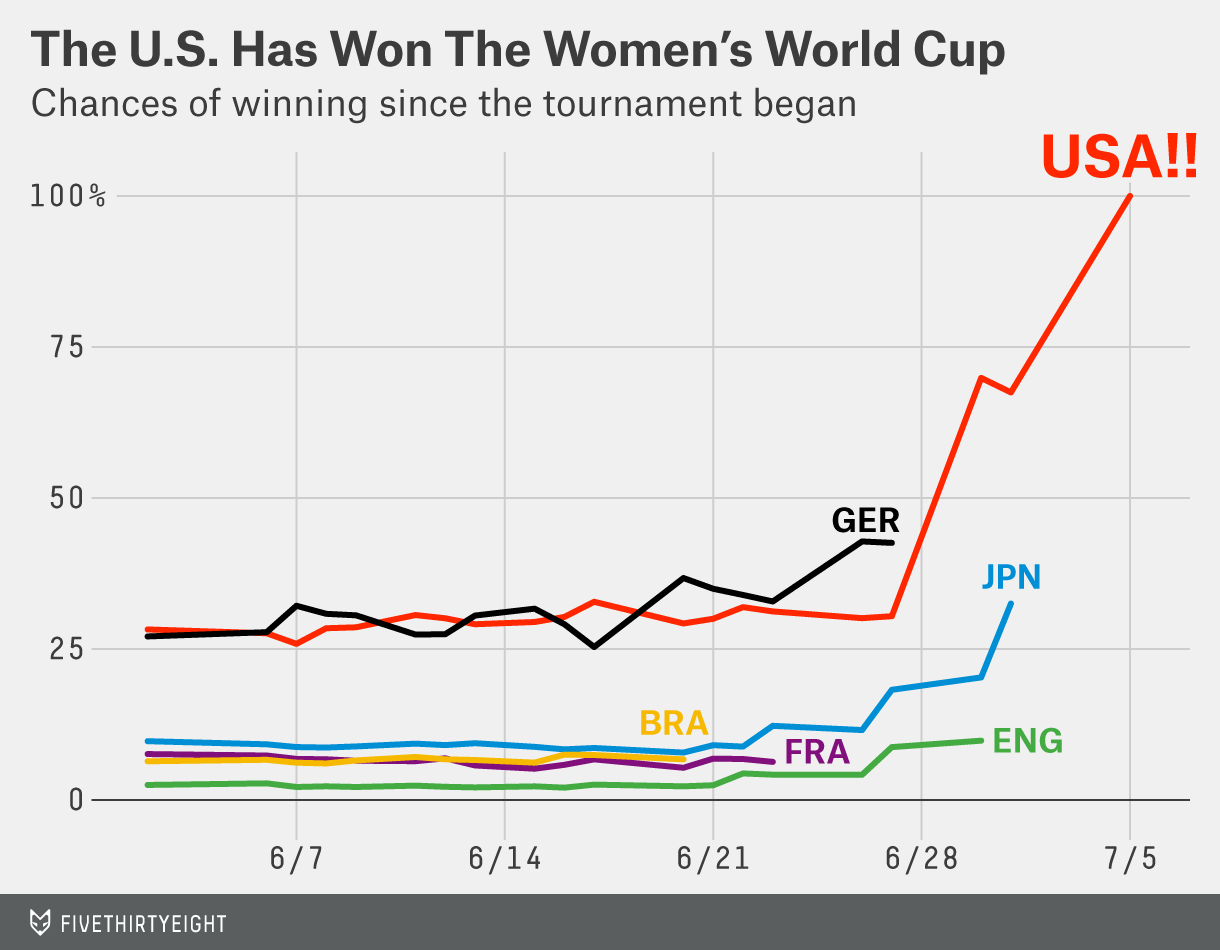 The Americans didn’t waste any time getting there, either, scoring four goals in less than 20 minutes — scoring those four goals faster than any one goal had ever been scored in a Women’s World Cup final. Carli Lloyd was deservedly tonight’s player of the match, scoring the first-ever hat trick in a Women’s World Cup final (only England’s Geoff Hurst has done it in a men’s final, in 1966) and also the earliest-ever hat trick; all three of her goals came in the first 16 minutes. Lloyd’s goals were representative of the U.S. team’s play; as soon as the whistle blew, the U.S. pressured Japan all over the field, not allowing the Japanese to settle the ball and play the technical soccer they prefer.

But just when it looked like it might be another blowout like the Germany vs. Brazil match we saw last year at the men’s World Cup, Japan was on the board in the 27th minute with a nice turn and shot by Yuki Ogimi.

Just after halftime, Japan scored again, and the 4-2 scoreline made it look like a game again. But the U.S. didn’t let up, and Tobin Heath’s goal (the U.S.’s fifth) in the 54th minute became the last of the highest-scoring Women’s World Cup final ever.

Soccer is boring, right? No one ever scores?