The first 16 minutes of the Women’s World Cup final were wild. Carli Lloyd scored a hat trick, and Lauren Holiday added another goal to give the U.S. a 4-0 lead over Japan. It’s difficult to say exactly how unlikely such a big early lead is since it happens so infrequently, but according to our model, there was only a 0.02 percent chance of a four-goal U.S. lead after 16 minutes — that’s one game in 5,000. The final margin of victory for the U.S., however, wasn’t entirely unexpected; our forecast put the odds of a three-goal U.S. win at about 9 percent. 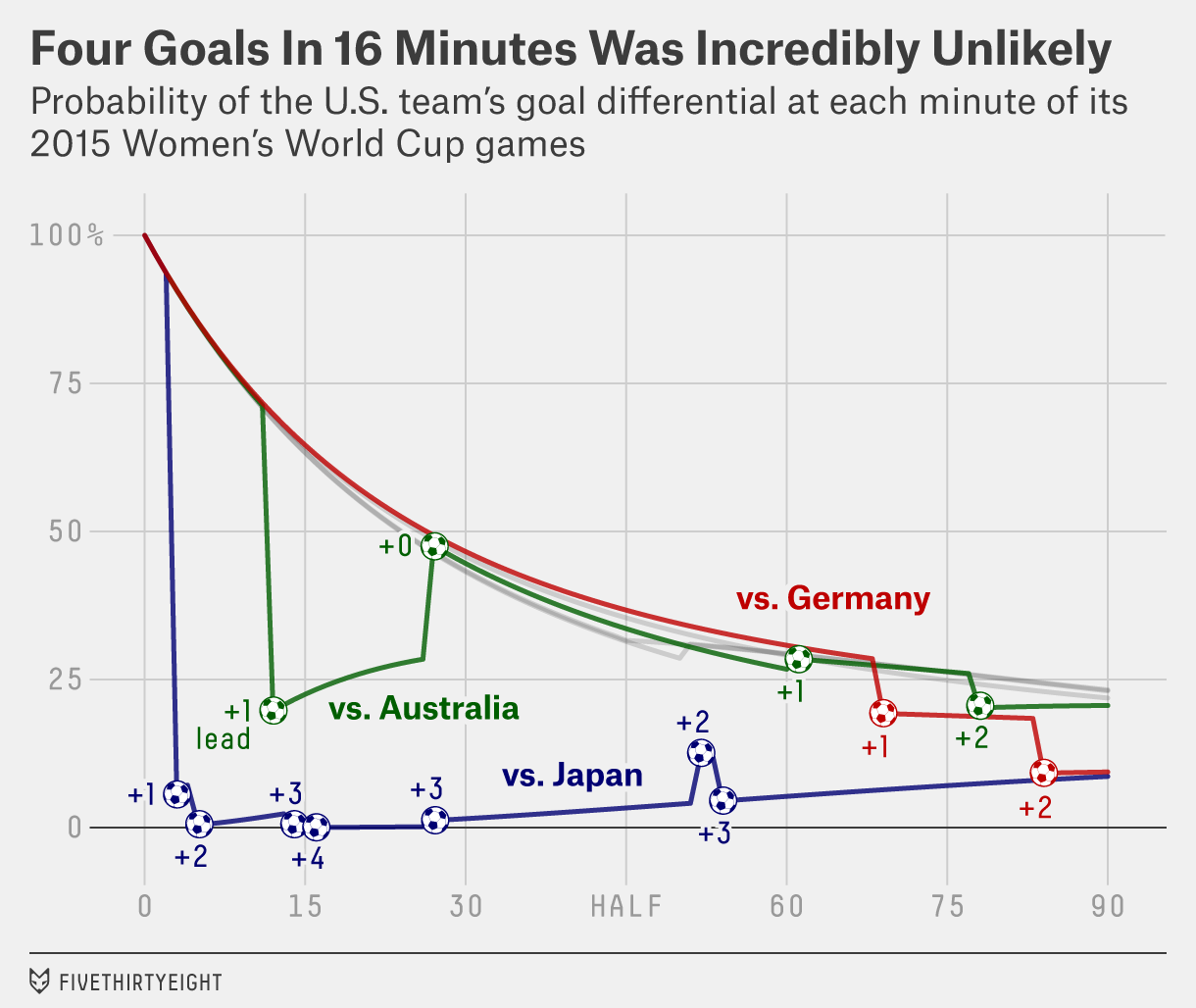 The U.S. beat its semifinal opponent, Germany, by two goals, and the likelihood of that margin was also around 9 percent. For the other five games that the U.S. played in the tournament (against Australia, Sweden, Nigeria, Colombia and China), the chances of the final score margins were all between 21 percent and 24 percent.

Our model — which assumes that scoring in soccer follows the Poisson distribution — lets us calculate the probability of a game ending at any score, as well as the likelihood of any scoreline at any minute during a game. We’ve written about some potential issues with using Poisson distributions in soccer before and still believe these to hold true; they tend to underestimate the probabilities of extremely unlikely events. But whether the big early lead against Japan was a 1-in-5000 event or a 1-in-500 event, it was certainly an outlier. We don’t have historical goal timing data for women’s soccer, but according to an ESPN archive of about 10,000 men’s club matches from the past five years, no team has ever had a four-goal lead within 16 minutes (there were five games with four-goal leads within 20 minutes).

In other words, the World Cup final was historic in all sorts of ways.