Women’s world cup: As the U.S. prepared to face Germany on the soccer pitch this week (a match that the American women’s soccer team won 2-0), these incredible interactive graphics chart the offense and defense of the two teams. [The New York Times]

270 reasons: The Census says that more 18-44 year-old U.S. women are childless than ever before. Wanting to go beyond the hackneyed tropes about selfish ego maniacs, this article simply asks 124 women why they’ve chosen to be child-free. Those women gave no less than 270 reasons why. [The Huffington Post]

The BPI (Beer Price Index): This table compares the average supermarket price and bar price of beer in 75 cities around the world — as well as looking at their respective beer consumption rates. Geneva has the highest average beer price, but Hong Kong’s bars rank as the most expensive. A beer there will set you back $10.86 on average. The cheapest can be found in Bratislava at just $2.22. [The Wall Street Journal] 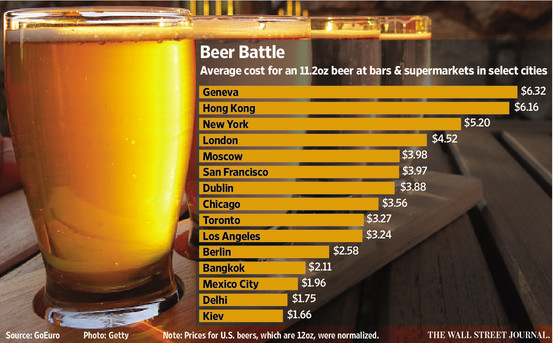 Before and after the crisis: These charts walk readers through the history of the Greek debt disaster. [Quartz] 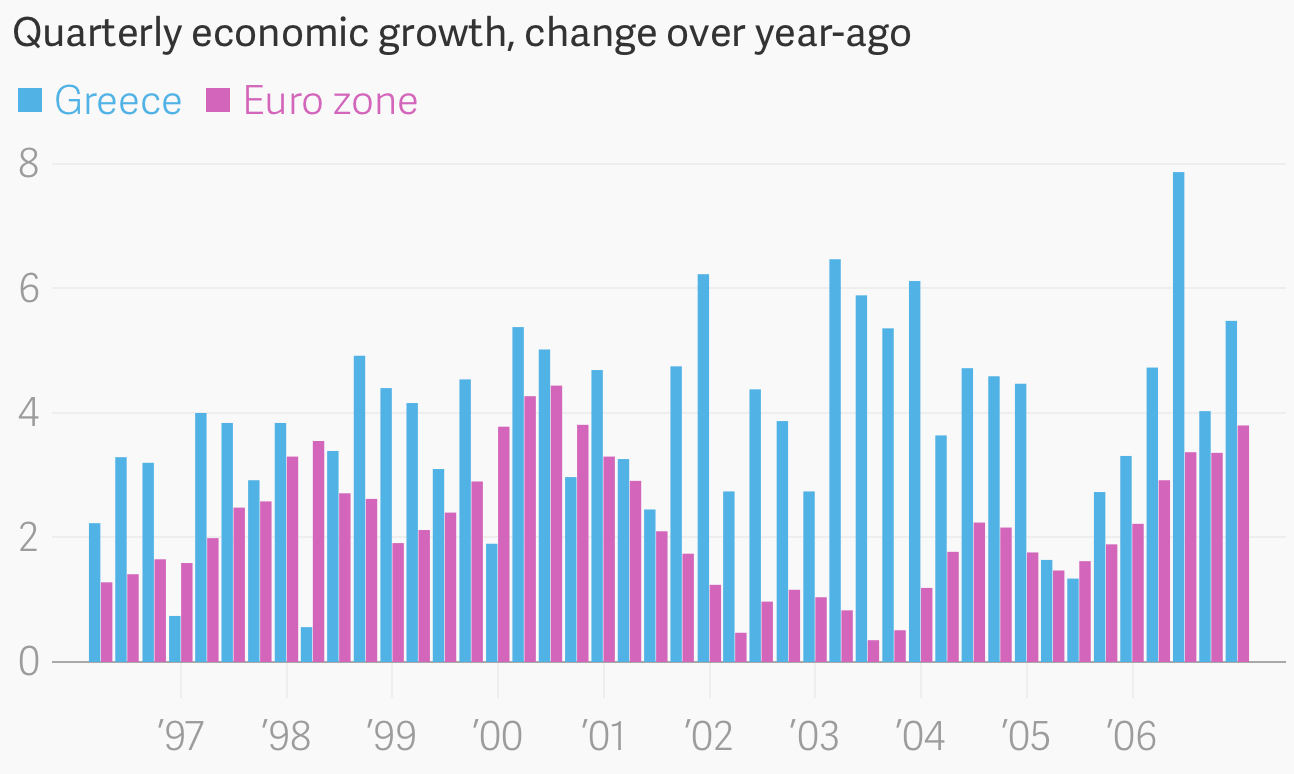 Fatal risk of being mentally unstable: Last month, the Washington Post created a database of every fatal shooting in the United States by a police officer in the line of duty in 2015 and they’re continuing to compile details about each killing. Their latest analysis shows how more than a quarter of the 462 people shot dead by police were mentally unstable, and 50 of them were explicitly suicidal. [The Washington Post]

Maiden names: This analysis draws together various sources to estimate the percentage of U.S. women who are keeping their maiden names when they get married for the first time. In the 1970s, about 17 percent of women didn’t change their surnames when they got married. That fell slightly to 14 percent in the 1980s before rising to its current level — about 29.5 percent of women kept their maiden names in 2014. [The Upshot] 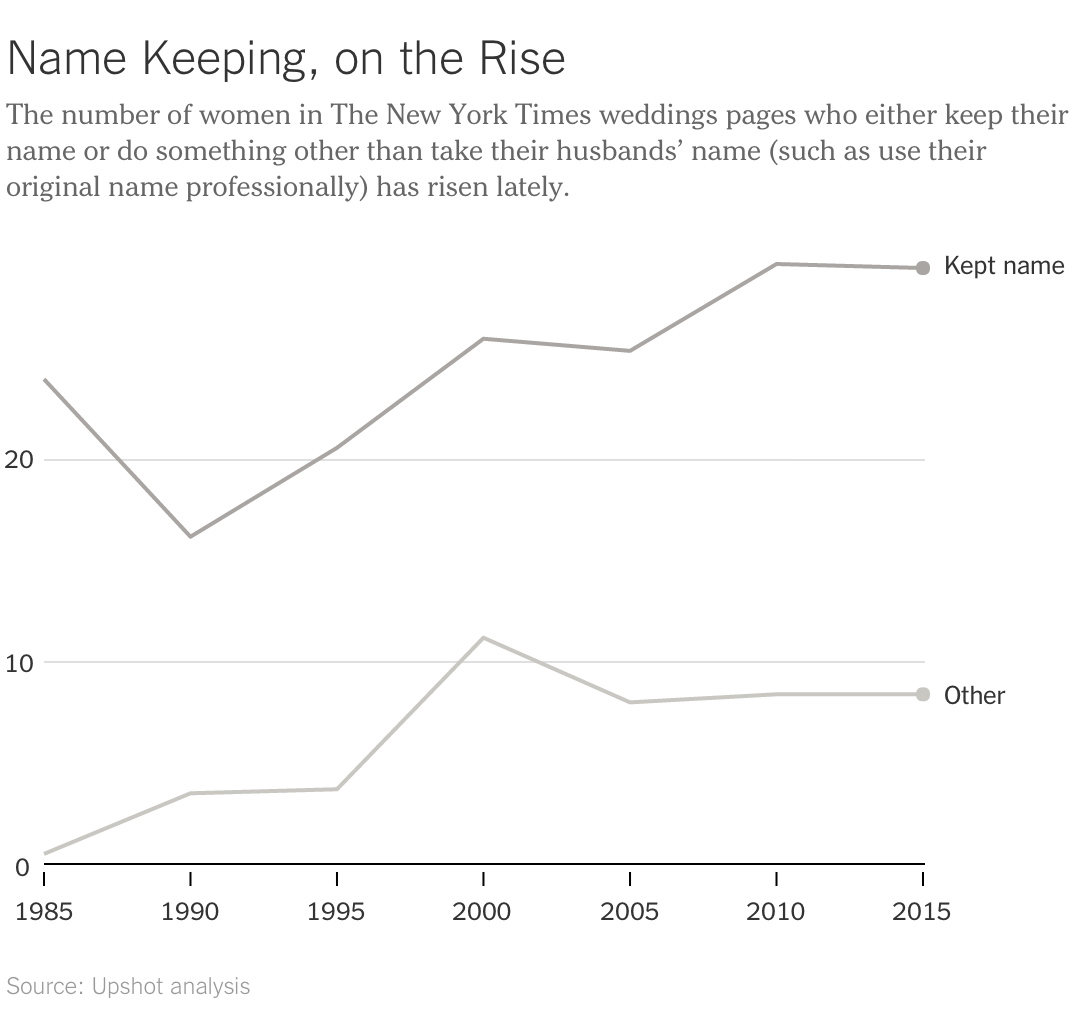 Pied à terre: Over the past five years, the home-sharing service Airbnb has taken over Paris. These charts track where that growth has happened in the city and who the guests are. [The Wall Street Journal] 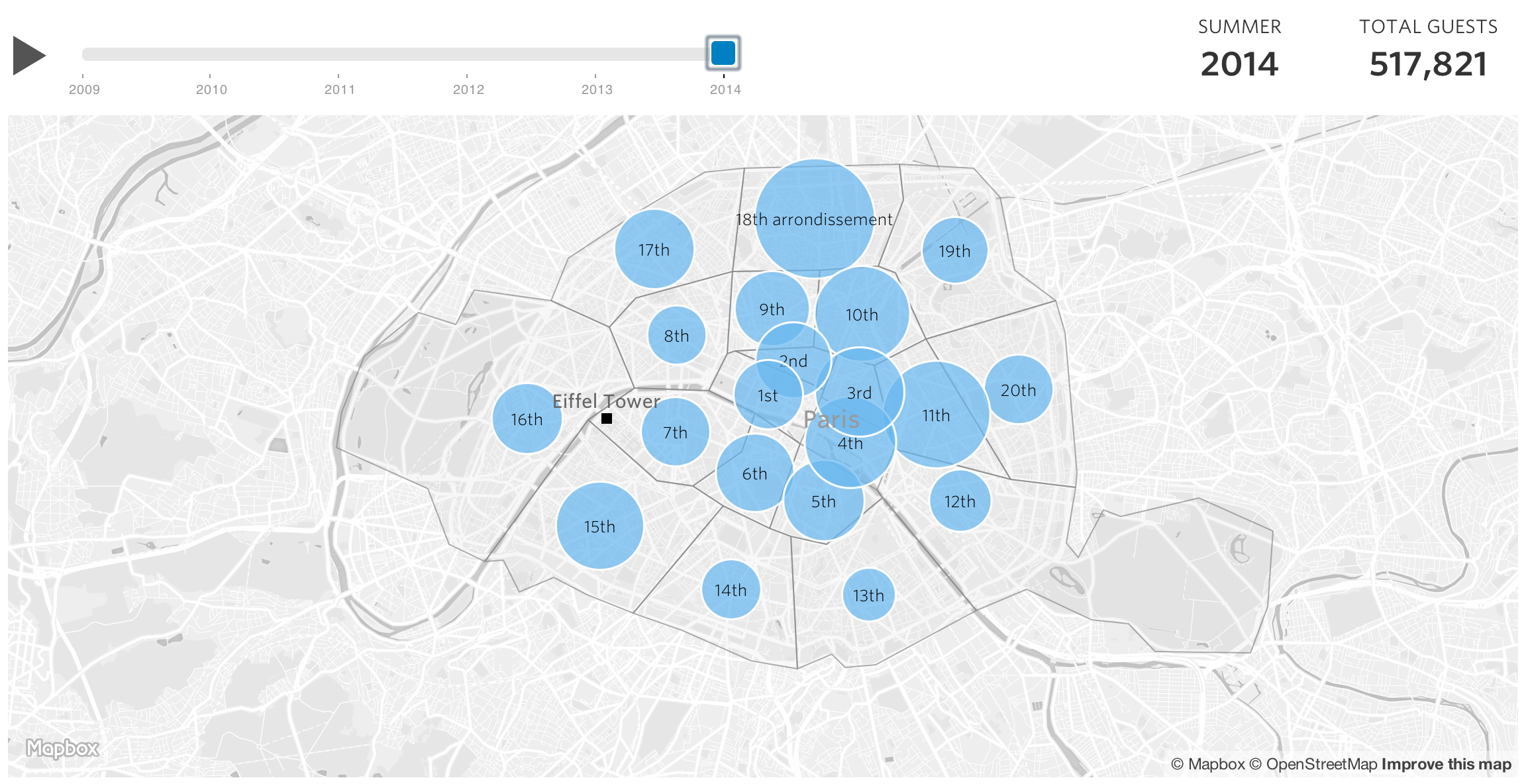 Visual cultures: Graphic designers, including those who produce data visualizations, speak a language that’s influenced by their mother tongue. This article provides some fascinating examples of that — from the fact that money isn’t always represented with the color green to the Chinese tolerance for visual complexity. [National Geographic]