As we highlighted in our NBA preview last fall, the Los Angeles Lakers have built a substantial amount of their considerable success as a franchise on the backs of Hall of Famers — Shaquille O’Neal, Magic Johnson, Kobe Bryant, Kareem Abdul-Jabbar and the like.

But recently, the Lakers have been in the midst of a Hall of Famer shortage. In 2015, Kobe Bryant’s 2.0 wins above replacement (WAR) were the only L.A. victories generated by players likely to make the Hall (according to Basketball-Reference.com’s Hall of Fame probability metric), this coming on the heels of a 2014 season that saw only 1.5 WAR come from Hall hopefuls. The past two years represent the fourth- and fifth-fewest WAR the Lakers have ever gotten out of probable Hall of Famers in a single season. 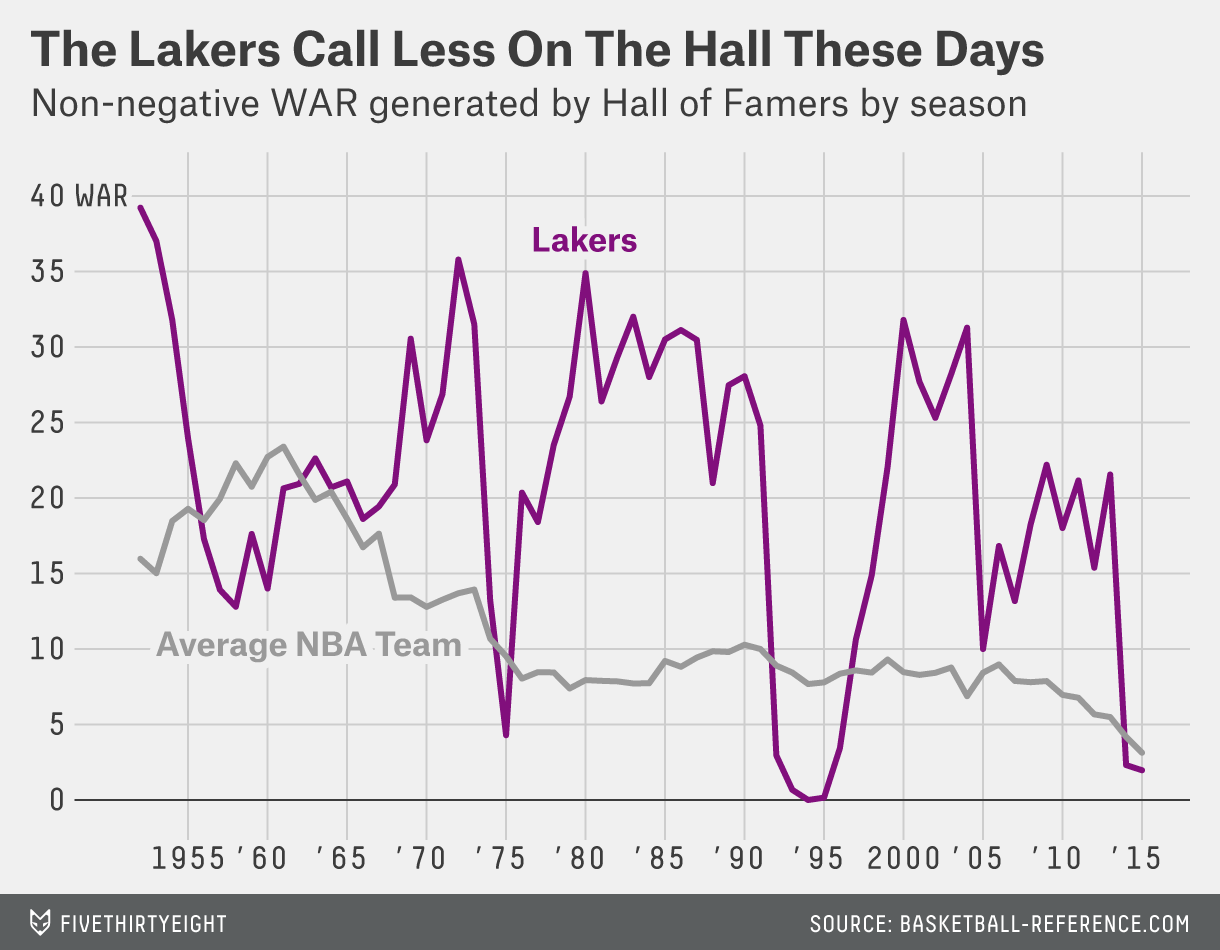 Los Angeles general manager Mitch Kupchak has been working hard this week to end the drought. With the Lakers owning the second overall pick in Thursday’s NBA draft, rumors were flying about whether L.A. would cast its future in the hands of a rookie or trade the pick for a promising veteran.

Regarding the latter strategy, L.A. was reportedly in trade talks with the Sacramento Kings over mercurial center DeMarcus Cousins, one of the best big men in the league. But it’s unclear whether he’s the future Hall of Famer the Lakers so covet. If we zero in on the Hall of Fame odds for a player with a specific WAR total at a given age,1 there’s a 34.2 percent probability that Cousins will be Hall of Fame-worthy based on his output thus far. He’d need to beat his previous career high by more than 2.5 WAR next season just to give himself a coin flip’s chance at the Hall going forward. 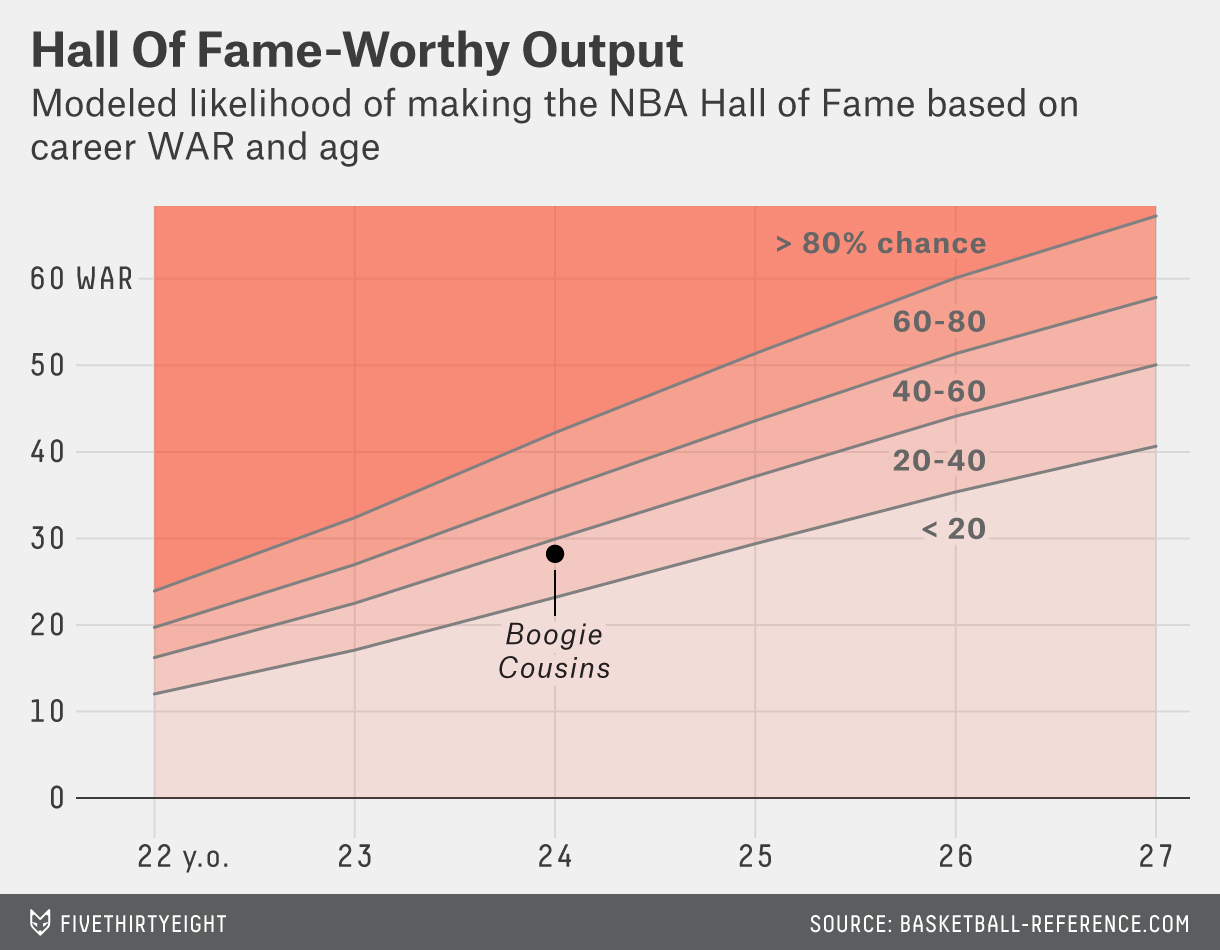 Perhaps that’s partly why L.A. ultimately turned to the draft instead — and selected guard D’Angelo Russell, to whom our model assigns the highest probability of superstardom in the 2015 draft class.2

According to our model, Russell is a boom-or-bust prospect. On top of his class-leading superstar potential, he also has the highest “bust” probability of any player ranked among our top 25 college prospects. Russell’s usage rate and shooting efficiency were off the charts as a freshman, implying that he has the potential to be an elite NBA scorer if his skills translate, but he might not have as much to fall back on as other prospects if not.

In other words, drafting Russell was a gamble. But it was a good one for a franchise traditionally fueled by a pipeline running directly to Springfield. Los Angeles has always been a dream destination for free agents, trade targets and rookies alike, but snagging a future Hall of Famer is still a lot harder than L.A. has made it look over the years. And sometimes it requires taking a chance on a high-risk/high-reward player to keep the talent flowing.