Valar morghulis: Or, for those not familiar with High Valyrian, “All men must die.” This illustrated guide goes in depth on each of the 456 deaths that have occurred on screen in the first four seasons of the HBO show “Game of Thrones.” It breaks down deaths by season (the fourth was by far the deadliest), location (beware King’s Landing) and killer (avoid Bronn if you can). [The Washington Post] 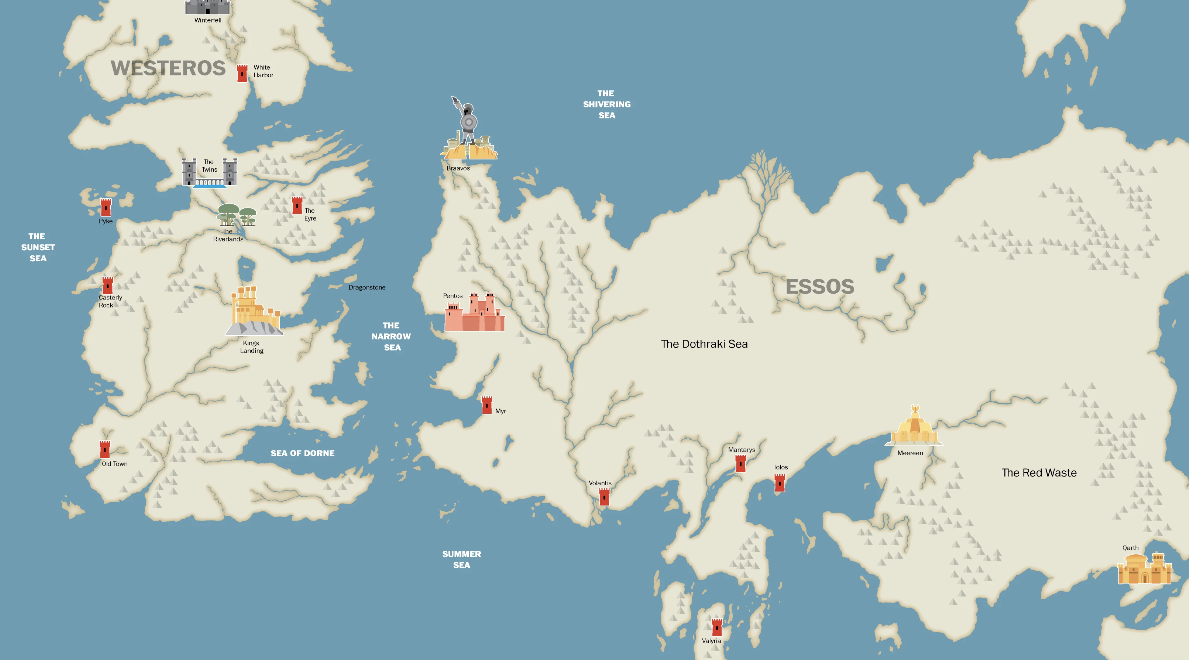 It’s not so black and white: We all know abortion is a hot-button issue, but all too often we hear from one of the polarized ends of the spectrum or the other. Vox’s Sarah Kliff dives into the nuanced opinions that are rarely addressed in public discussions of the subject. [Vox] 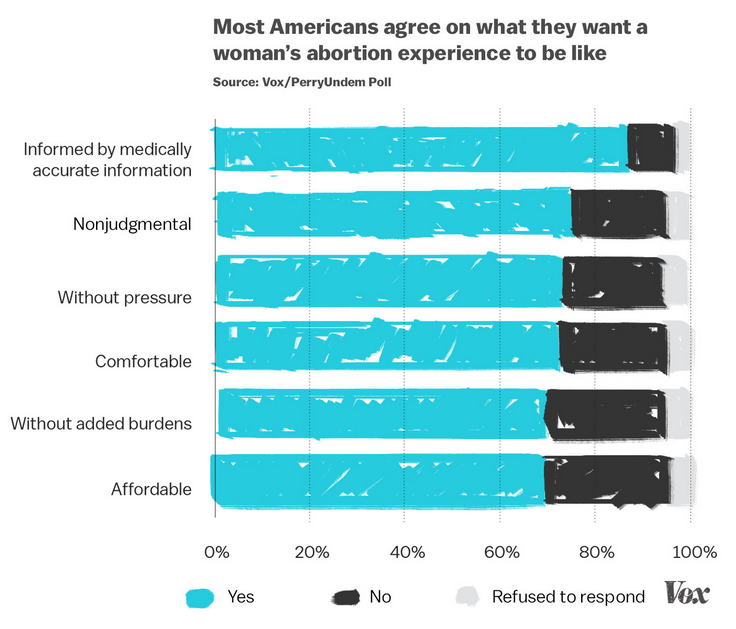 Fish (and beef and chicken and pork) out of water: As California continues to endure its crippling drought, it’s worth keeping in mind that agriculture uses 80 percent of the state’s water supply. The Los Angeles Times put together an interactive showing how much water it takes to produce any given meal — if you really care about saving water, you should probably go vegetarian. [Los Angeles Times] 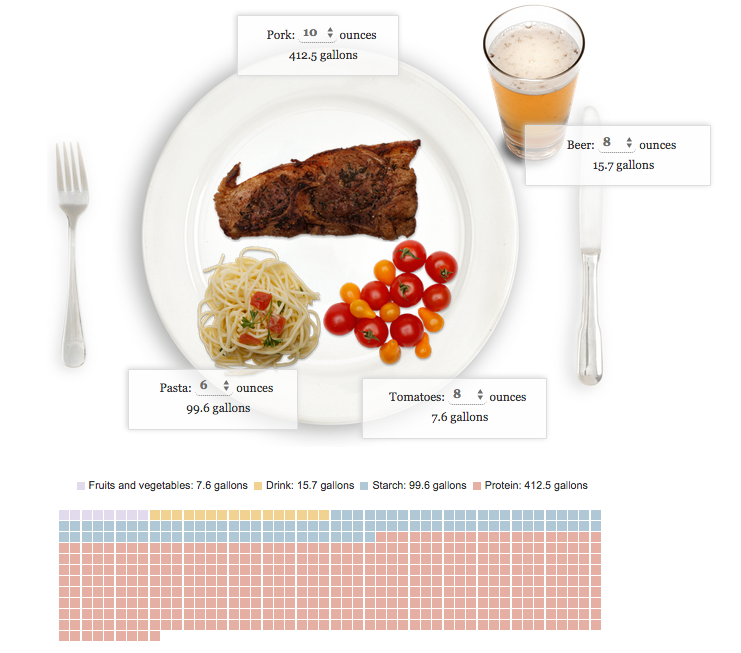 Park protection: One of the major draws of the National Park System is that it protects our country’s wildlife. But many of these parks are not located in the same places as the animals we’re trying to protect. Buzzfeed highlights data showing that while most of our biodiversity is in the Southeast, our national parks are largely concentrated out west. [Buzzfeed] 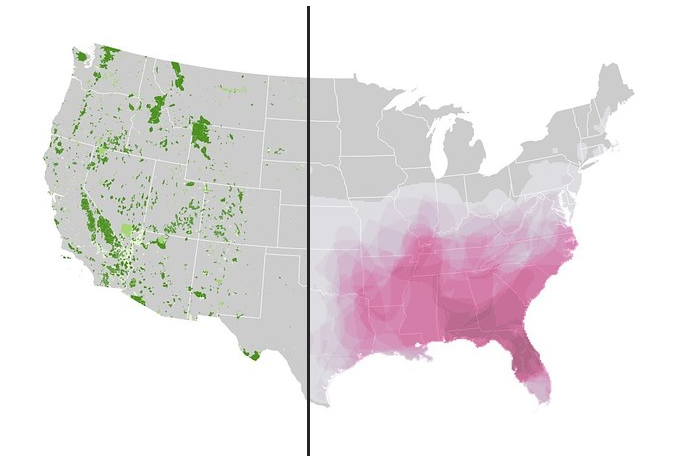 Education inequality: Data shows that public schools aren’t immune to the growing gap between the rich and the poor. According to numbers from the federal Department of Education, the funding gap between the richest and poorest quarter of schools in the U.S. grew by 44 percent from 2001 to 2011. [The Hechinger Report] 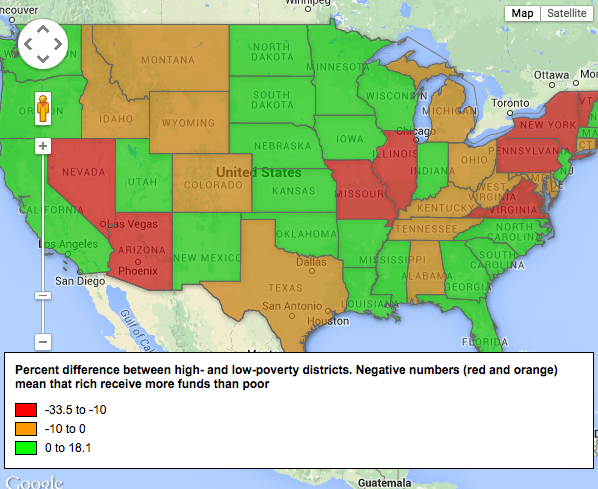 Rock the vote: Data from the U.S. Census Bureau shows that poor Americans are less likely to vote — unless they’re registered. Making it easier to register by offering voter registration through public assistance programs might be a way to help boost turnout among low-income Americans. [Bloomberg View] 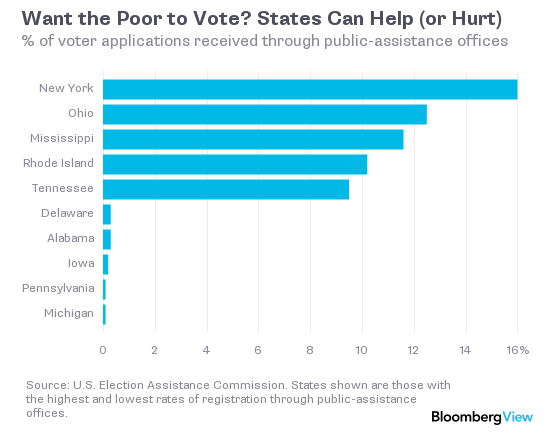 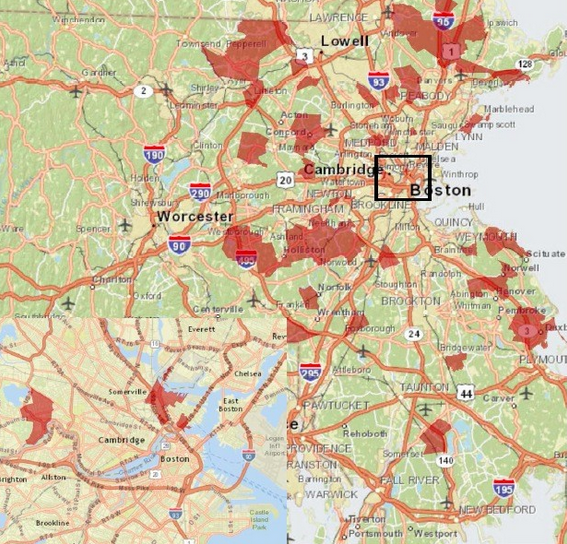