Sliced spending: Household expenditures have changed a lot over the past 30 years. Food and clothing accounted for a smaller share of spending in 2013, while the fraction of a household’s budget that went toward health care and housing rose. This interactive visualizes those changes with valuable nuance — you’re able to select which income quintile you want to look at, as well as the marital and parental status of the householder. Doing so lets you see how richer households are able to budget to ensure their financial security — insurance and pensions account for 16 percent of total spending for households in the highest income bracket, compared to just 2 percent of spending for households in the lowest income bracket. [Nathan Yau] 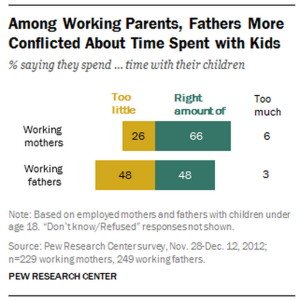 Parental guilt: Working fathers are almost twice as likely as working mothers to say they feel they spend too little time with their children. Which, in a way, isn’t surprising given that mothers spend twice as much time with their children as fathers do (14 hours per week for moms compared to 7 hours for dads according to time diary data). Those differences appear to be having a big effect on how men view themselves as fathers — among dads who say they’re not spending enough time with their kids, only 49 percent also say they are doing an excellent or good job as a parent. [Pew Research Center]

Can you believe she *&#$!?@ said that?: A new poll of 997 U.S. adults highlights a few interesting regional differences in how people feel about swear words. Those in the Northeast of the country are more inclined to believe that cursing can be descriptive and valuable to conversations whereas Midwesterners and Southerners are far more likely to see profanity as plain old offensive. A similar regional difference emerges when you look at small talk; Americans in the Northeast prefer to be left to their own thoughts while those elsewhere are more likely to enjoy striking up a conversation with a stranger. [YouGov]

Californian consumption: This week, Gov. Jerry Brown issued the first mandatory water restrictions on California’s residents, prompting the question of just how much water people are using. This interactive visualizes the answer by mapping daily use in gallons per capita in the state last summer and this past winter. [The New York Times] 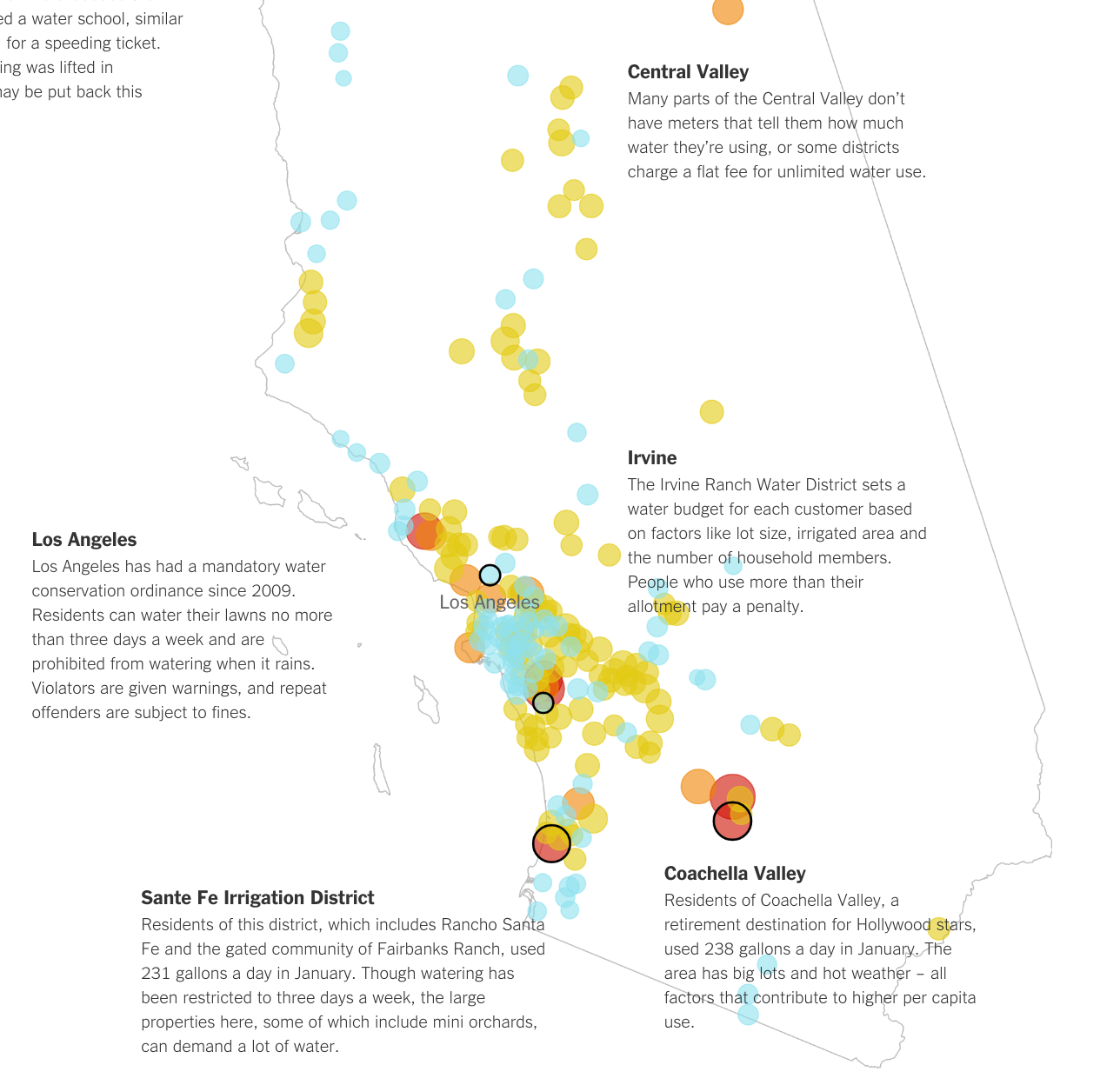