Last Tuesday, I crunched some numbers on which NCAA men’s tournament coaches exceeded expectations the most since the tourney expanded to 64 teams in 1985, based on their teams’ seeds at the start of the tournament. Perhaps not surprisingly, Michigan State coach Tom Izzo ruled all, with his Spartans winning 14.6 more games than would be expected based on the way they were seeded. And after Izzo won two more games over the weekend to secure the Spartans’ seventh Final Four bid under his watch, we thought we’d update the numbers1 to reflect the latest results. 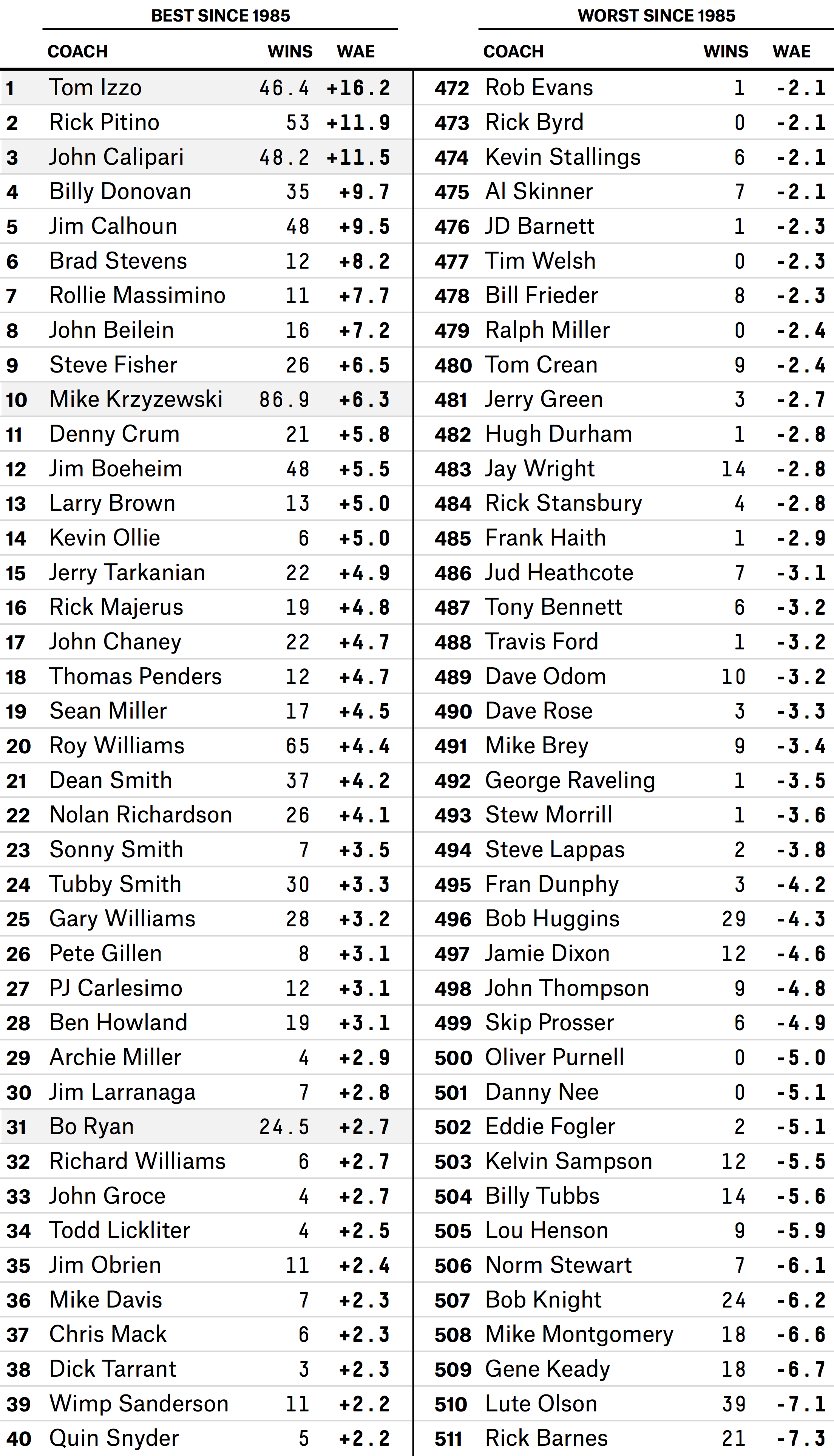 Izzo is still No. 1 of course, with 16.2 wins above expectation now (after adding in his two wins over the weekend, plus Michigan State’s expected future wins according to the FiveThirtyEight tournament predictions), while the coach he beat in the East Regional final, Rick Pitino, ranks second since ’85.

Two of Izzo’s fellow Final Four coaches also rank among the top 10. John Calipari of Kentucky (whom the Spartans could face for the national championship in a week) places third. And Mike Krzyzewski, whose Duke Blue Devils will play Michigan State on Saturday, ranks 10th. Wisconsin’s Bo Ryan may seem like the odd man out, but Ryan’s teams have still exceeded expectations — though only by 2.7 wins over his career, which ranks 31st since 1985.