The other day, several of us in the FiveThirtyEight office were musing about the New York Yankees’ chances in 2015. Certainly the Yankees are no longer the dominant powerhouse they were in the late 1990s and early 2000s, nor are they even the outrageously expensive (but championship-starved) juggernaut of the mid-to-late 2000s.1 Fangraphs’ projections — which, like all preseason predictions, come with a lot of uncertainty — see the Yankees as a slightly above-average team this season, and their 84-78 record last year fit that description as well.

But another interesting note about the 2015 Yankees is that their position-player corps figures to be one of the most improved in the American League, according to the projected wins above replacement (WAR) listed on Fangraphs’ depth charts. And the biggest position at which they got better? Shortstop — former home of future Hall of Famer Derek Jeter.

We slagged on Jeter a bit last season for all the attention paid to his yearlong retirement tour despite his plainly awful numbers. The truth is that, according to WAR at least, the Yankees had the least-productive shortstop situation in all of baseball last year, so even a shortstop depth chart headlined by Didi Gregorius was bound to be one of the game’s most improved in 2015. And, sure enough, no team is projected to gain more WAR at shortstop this season than the Yankees, mostly because Jeter retired.

Here’s an accounting of the Yankees’ projected gains and losses at each position, along with those of every other team going into the 2015 season: 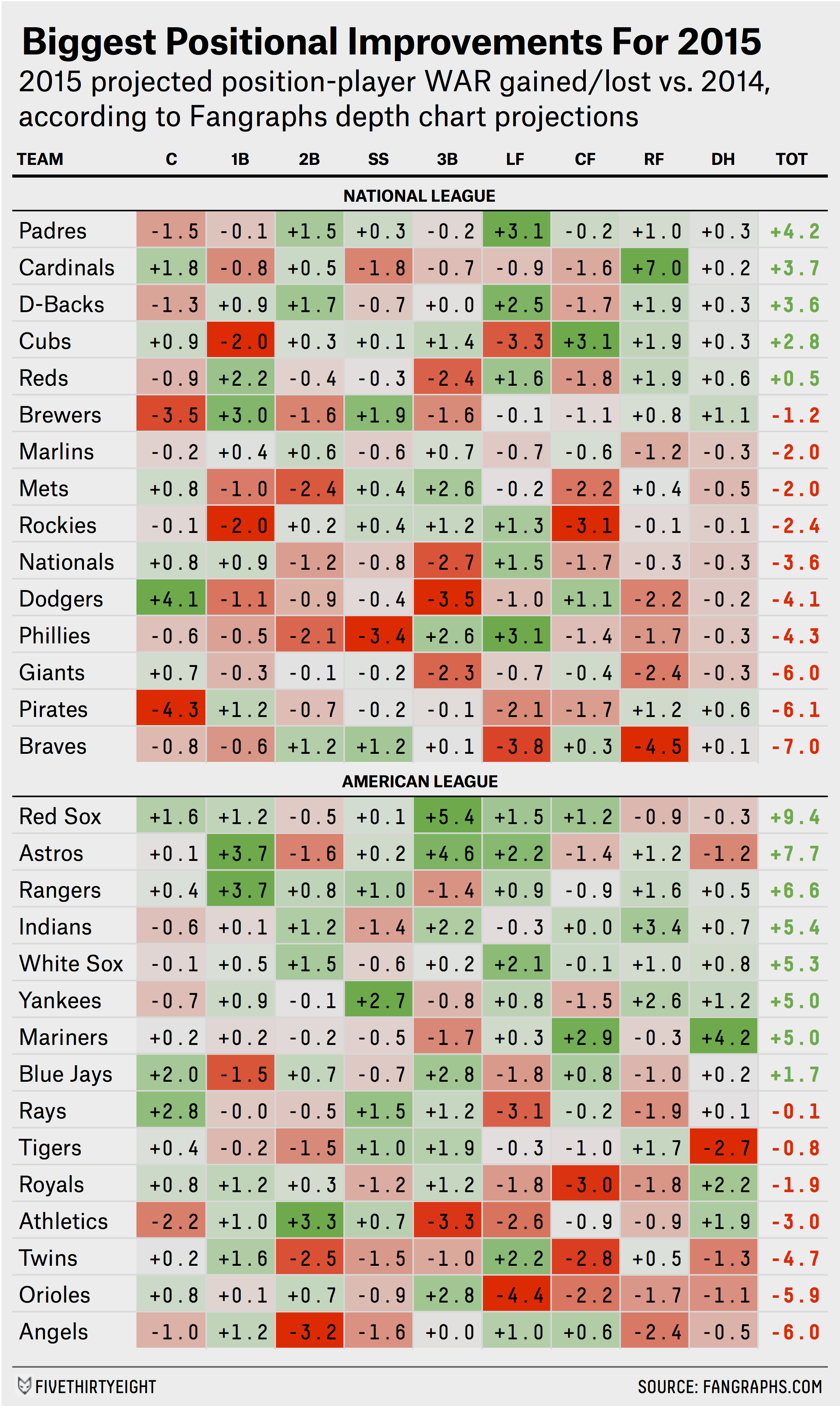 Of course, some teams improved even more at other positions than the Yankees did at shortstop. The St. Louis Cardinals, for instance, picked up WAR superstar Jason Heyward to man right field, a position that had been filled poorly by Allen Craig and the late Oscar Taveras in 2014. That change projects to be worth a net improvement of about 7 WAR for St. Louis this season (including 4.6 from Heyward himself, plus the additional bonus of getting rid of -1.8 WAR from Craig and Taveras).

The following table represents a more specific breakdown of the Yankees’ shortstops, the Cardinals’ right fielders and the 28 other positional situations that are projected to improve the most in 20152: 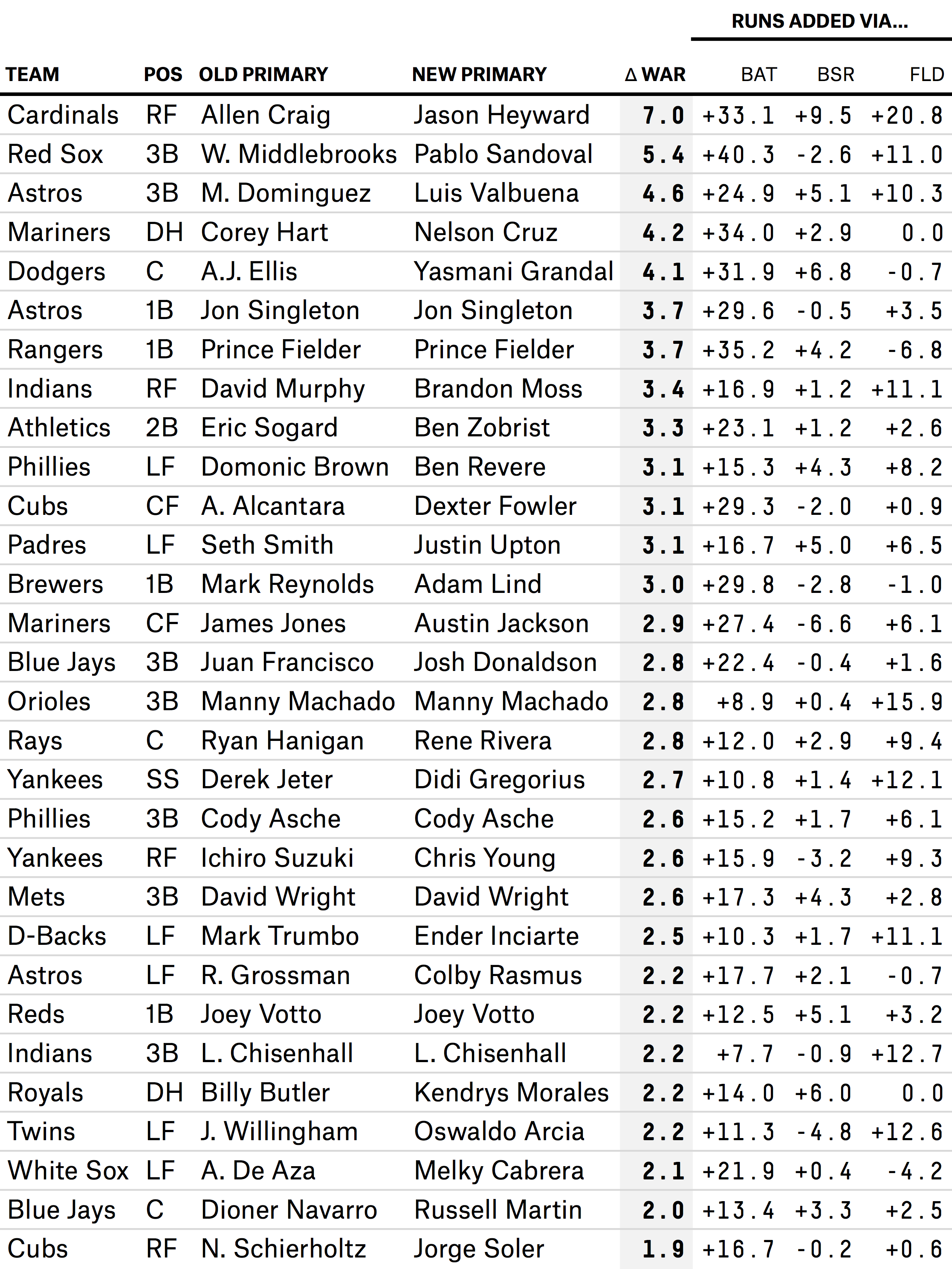