Welcome to another round of FiveThirtyEight’s NBA Power Ratings. A quick note on how these numbers work: All 30 NBA teams are ranked according to a projection of their true talent over the upcoming week — and the upcoming week only — using Real Plus-Minus (RPM) player ratings provided by Jeremias Engelmann and Steve Ilardi. For more details on the methodology, see our introductory rankings post. 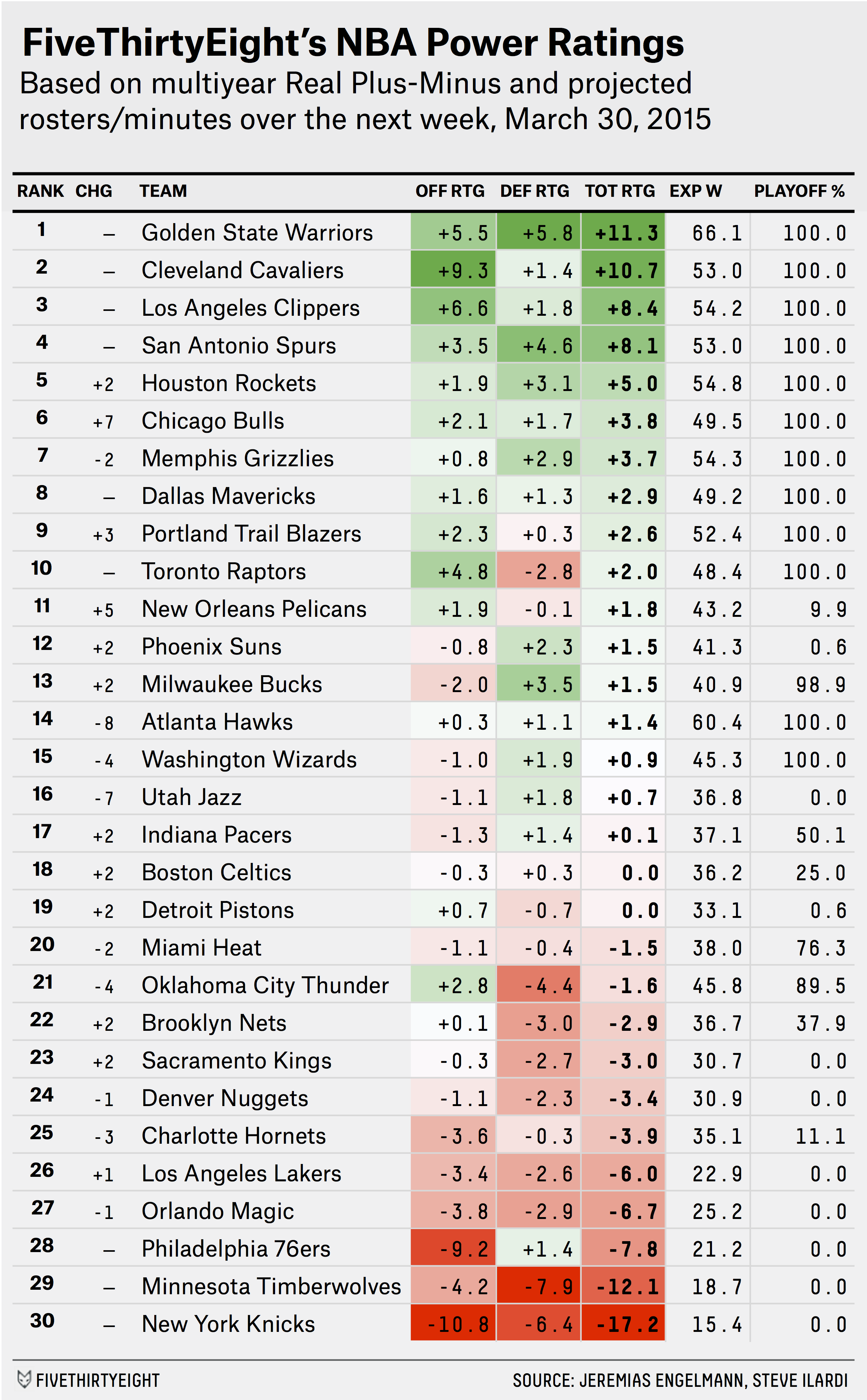 In lieu of the usual notes (i.e., the Hawks are rated low because they have a number of good players listed as day-to-day, while the Thunder are low because of increased minutes for players RPM hates), I thought I’d post a couple of charts this week.

The first was based on a request from a reader who wanted to see how the actual team ratings (as opposed to the playoff odds) changed from week to week since we started doing this. So what follows is a week-by-week accounting of each team’s projected offensive and defensive efficiencies since we launched these rankings in mid-January:

This second chart was computed by Engelmann and is designed to help clear up a few questions about why some teams with similar records and similar ratings have different playoff odds: 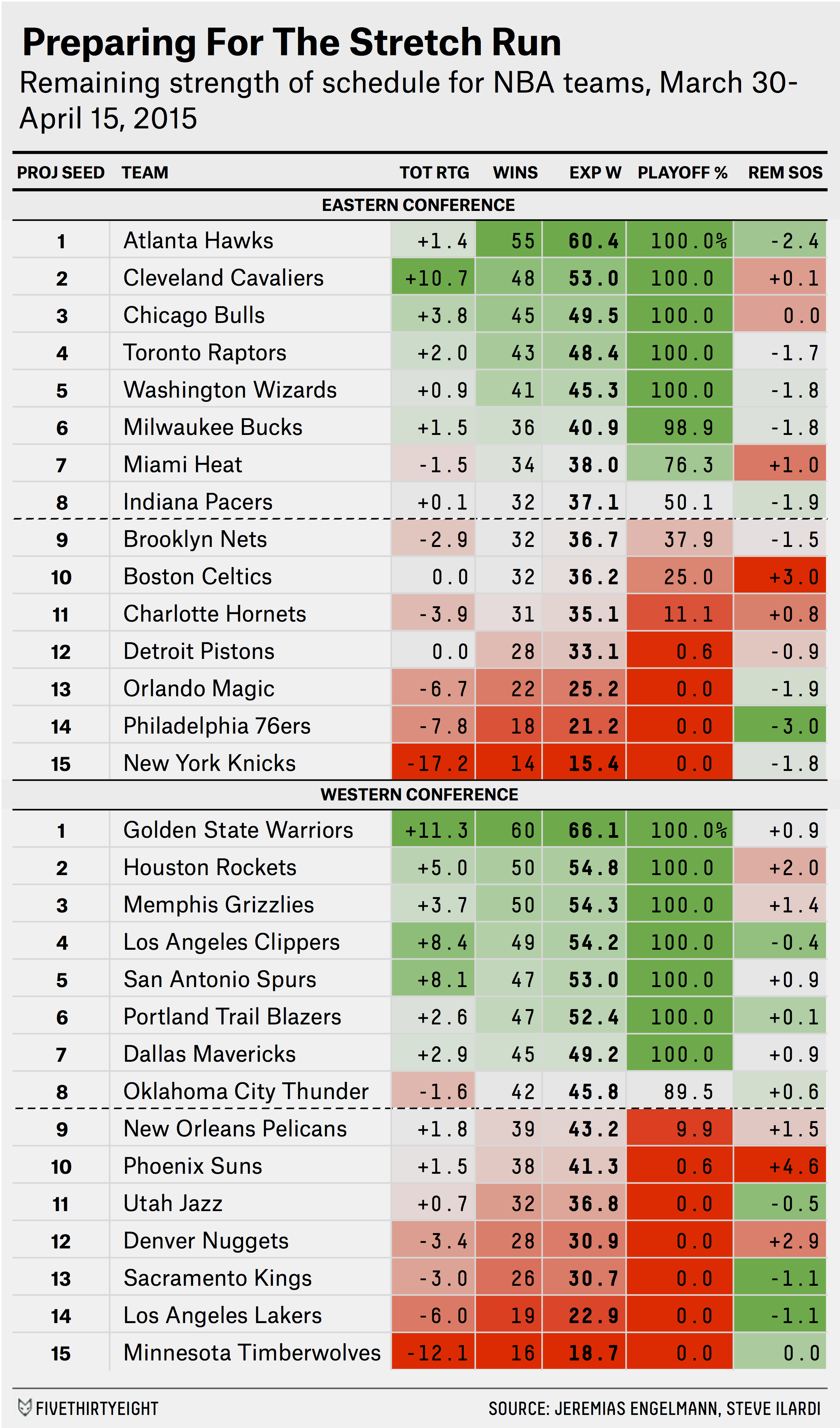 For instance, the Indiana Pacers have a significantly better chance of making the playoffs than the Boston Celtics, even though both teams are similarly rated and have the same number of wins. Why? Because the Celtics face a much more difficult remaining schedule (as measured by the power ratings of teams they must still play) than the Pacers. Similarly, the New Orleans Pelicans have a better chance than the Phoenix Suns of catching the Thunder for the last playoff spot in the West because the Suns have the hardest remaining schedule of any team in the NBA.