Eye of the Tiger: Tigers have been traded internationally for medicinal purposes for thousands of years, and tiger parts are still used for a variety of natural remedies today. However, as the risk of tiger extinction has grown, lion bones are being used as substitute ingredients. National Geographic explored the global trade patterns for all animal species worldwide. In 2013, 1,680 tigers were traded and 2,473 lions were traded, with the U.S. claiming the overwhelming majority of imports for these animals. [National Geographic] 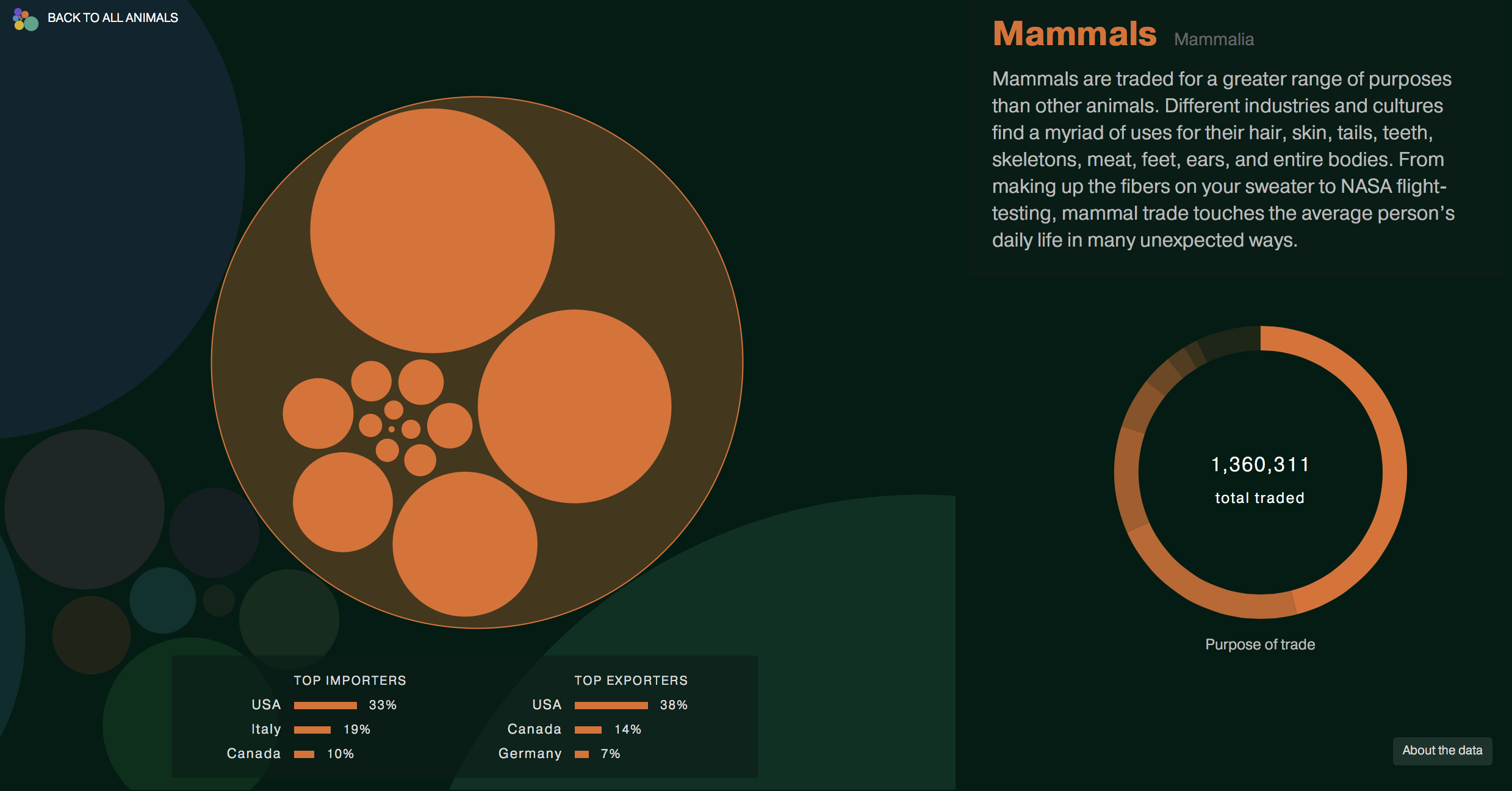 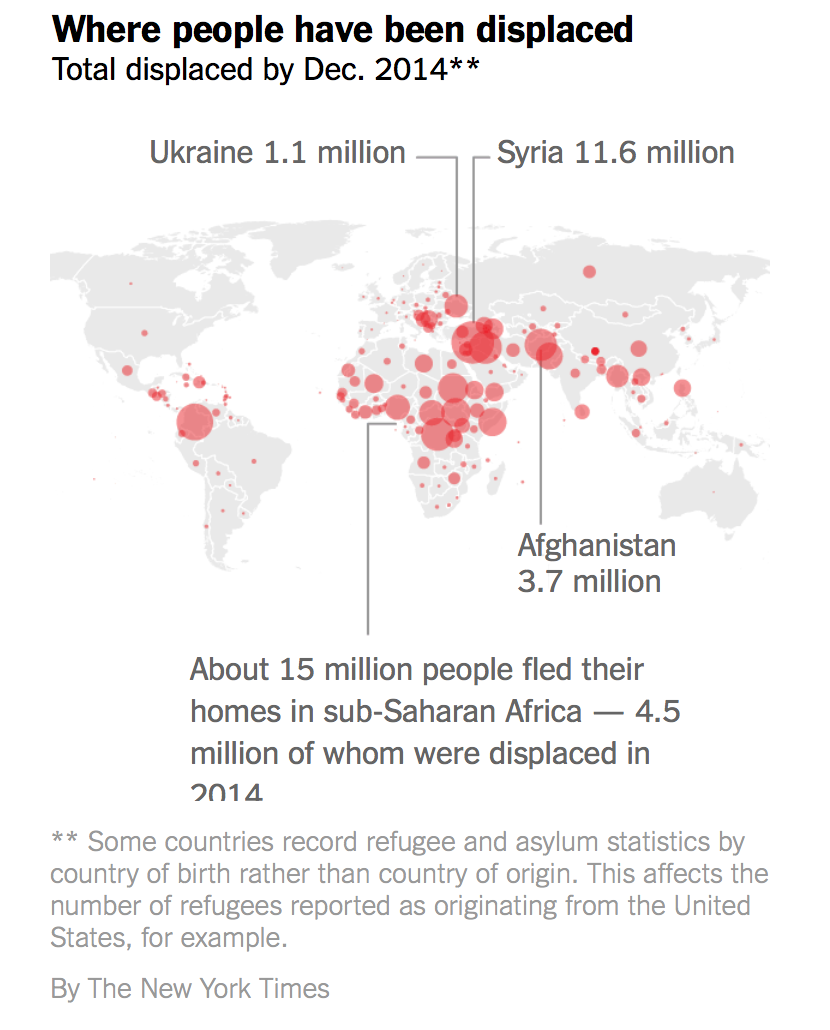 No place to go: By the end of 2014, a record 59.5 million people will have been forced from their homes due to wars and persecution. Refugees increasingly end up in less-developed countries, as developed nations often try to avoid taking in migrants. One in four refugees now goes to the world’s poorest countries, while countries such as Australia have come under fire for turning away people seeking asylum. [The New York Times]

Down with marriage: Marriage rates are now at their lowest point in U.S. history. They’re even lower than they were during the Great Depression, which, as you might guess, caused many Americans to put marriage plans on the back burner for a few years. Randal S. Olson, a postdoctoral researcher at the University of Pennsylvania, plotted U.S. marriage rates over the past 144 years, and his chart shows the effect major events such as WWI and WWII took on at least one life-cycle decision. [Randal S. Olson] 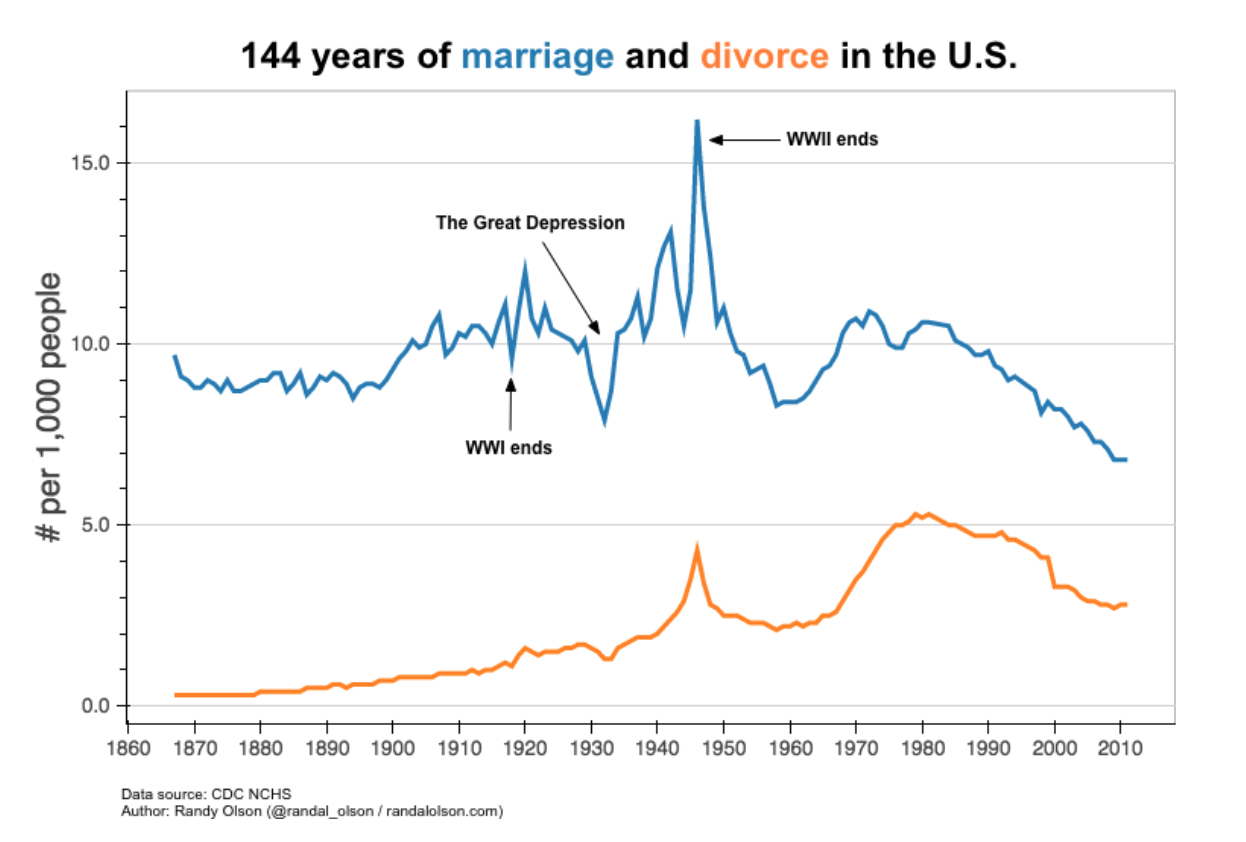 Your snaps are (relatively) safe: You may want to be careful about what you’re texting if you have a Verizon or AT&T cellphone. The Electronic Frontier Foundation, a nonprofit digital rights group, released a report this week about the data disclosure policies of 24 major tech companies, and both Verizon and AT&T received low scores. WhatsApp, which just touted its 700 million monthly active users earlier this year — was the only company to receive one star out of five. The good news is that eight of the 24 companies got a perfect score. And Snapchat, Facebook, and Amazon all received three or four stars, so your selfies, stalking and indulgence buys are safe. [Slate]

Affordable housing crisis: Only 15 extremely low-income families out of every 100 in Travis County, Texas, can find safe, affordable rental housing units. And theirs isn’t a unique situation. In fact, new research from the Urban Institute shows that every single county in the U.S. needs more affordable housing. Most of families seeking affordable housing (more than 80 percent) rely on federal assistance, but federal programs can’t keep up with the need. Researchers built an interactive map that illustrates the problem, showing which areas are in most dire need. [CityLab]