At FiveThirtyEight, we like to celebrate outliers. LeBron James’s Cleveland Cavaliers may end up losing in the NBA Finals, but James’s performance has been outlandishly good. In the same vein, I want to congratulate Donald Trump, who reportedly will declare today that he is running for president.

Trump is the anti-LeBron — popularity is performance in politics, and Trump is the first candidate in modern presidential primary history to begin the campaign with a majority of his own party disliking him. A whopping 57 percent of Republicans have an unfavorable view of Trump, according to an average of the three most recent polls. That beats former record holder Pat Buchanan, who had a 43 percent unfavorable rating at this point in the 2000 election cycle.1 Buchanan, of course, ended up running as an independent.

Taking into account name recognition, Trump’s net favorability rating (favorable minus unfavorable) of -32 percentage points stands out for its pure terribleness at this point in the campaign. Like his unfavorable rating, it is by far the worst of the 106 presidential candidates since 1980 who are in our database. 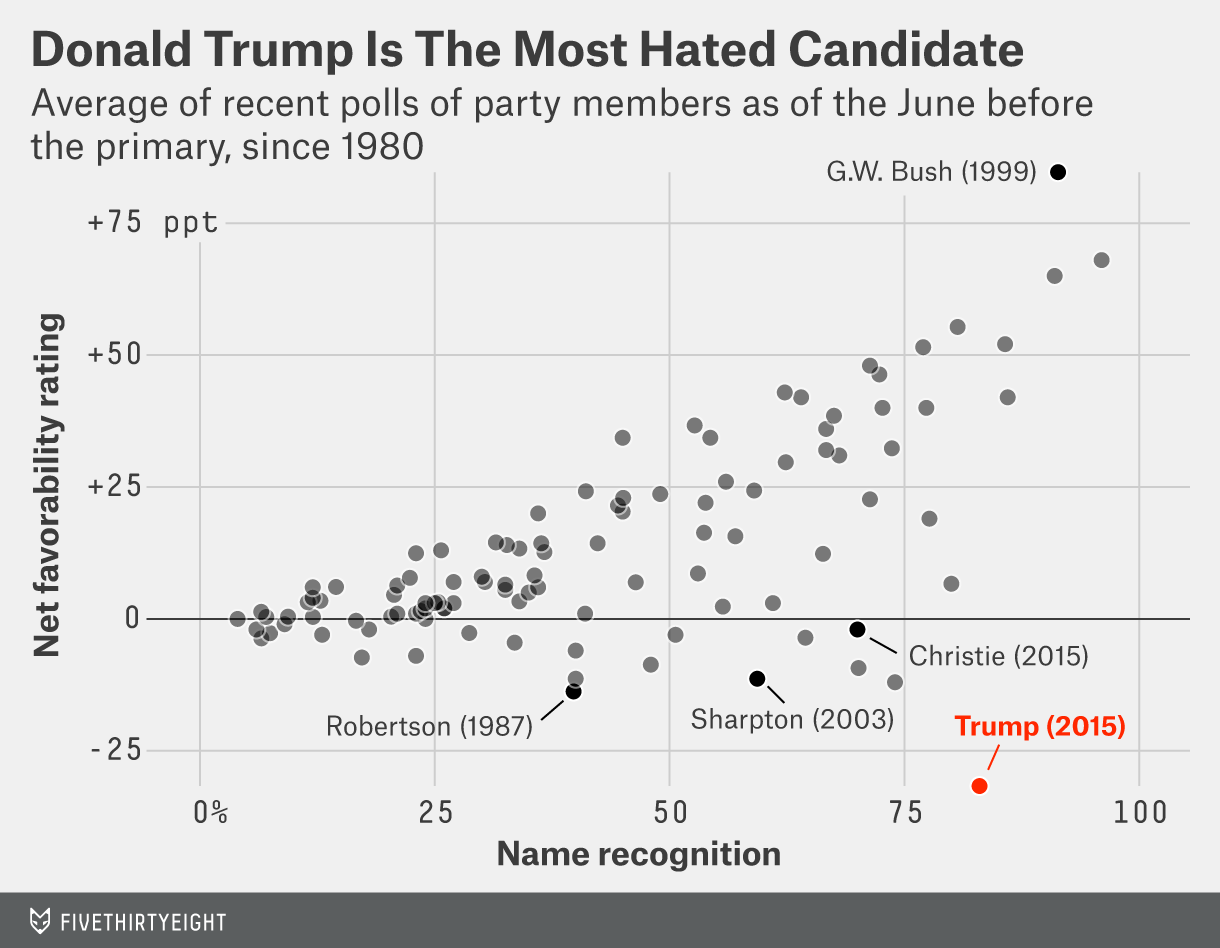 For this reason alone, Trump has a better chance of cameoing in another “Home Alone” movie with Macaulay Culkin — or playing in the NBA Finals — than winning the Republican nomination.