Does it get any better than this? The best player in the world, under pressure that would break lesser men, appears to be using it somehow to make himself even better. LeBron James’s NBA Finals performance so far is the kind of thing we like to dream great athletes can do.

Monday on FiveThirtyEight, my colleague Neil Paine discussed how both James’s basic and advanced stats point to his being one of the all-time great finals series. On the mothersite, Kevin Pelton argues that James should win the MVP based on WARP (wins above replacement player), and it seems that the idea that James should win the MVP even if the Cavs lose is getting popular.

So I’d like to look at James’s production from a slightly different angle. Rather than just look at how James’s production stands on its own right, let’s see how much impact James has had on the series relative to everyone else — combined.

Through the first five games, James has gathered an incredible 18 percent of all the points scored, assists dished and rebounds collected by anyone in this series. If that stands, it will be 1.1 percentage points higher than the next highest over the past 46 years (since they started having a finals MVP in 1969). Here are the top 20, plus James: 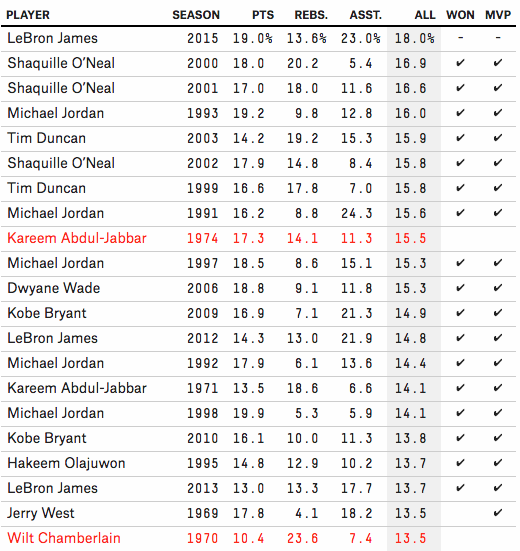 The player closest to James who didn’t win the MVP was Kareem Abdul-Jabbar, who had a 15.5 percent share in the 1974 finals. Abdul-Jabbar and the Milwaukee Bucks lost the finals that year to the Boston Celtics, and the MVP went to John Havlicek. The only person to win the finals MVP in a losing effort was Jerry West in 1969, and he happens to be right around the fringe where players any more dominant almost always get the MVP trophy.

Meanwhile, regular-season MVP Stephen Curry — the most likely candidate to deny James (again) — presently has the second-highest share in the finals with 11.5 percent of all points, rebounds and assists. If it holds, this 6.5 percentage point gap between first and second would be the second-largest ever (since 1969): 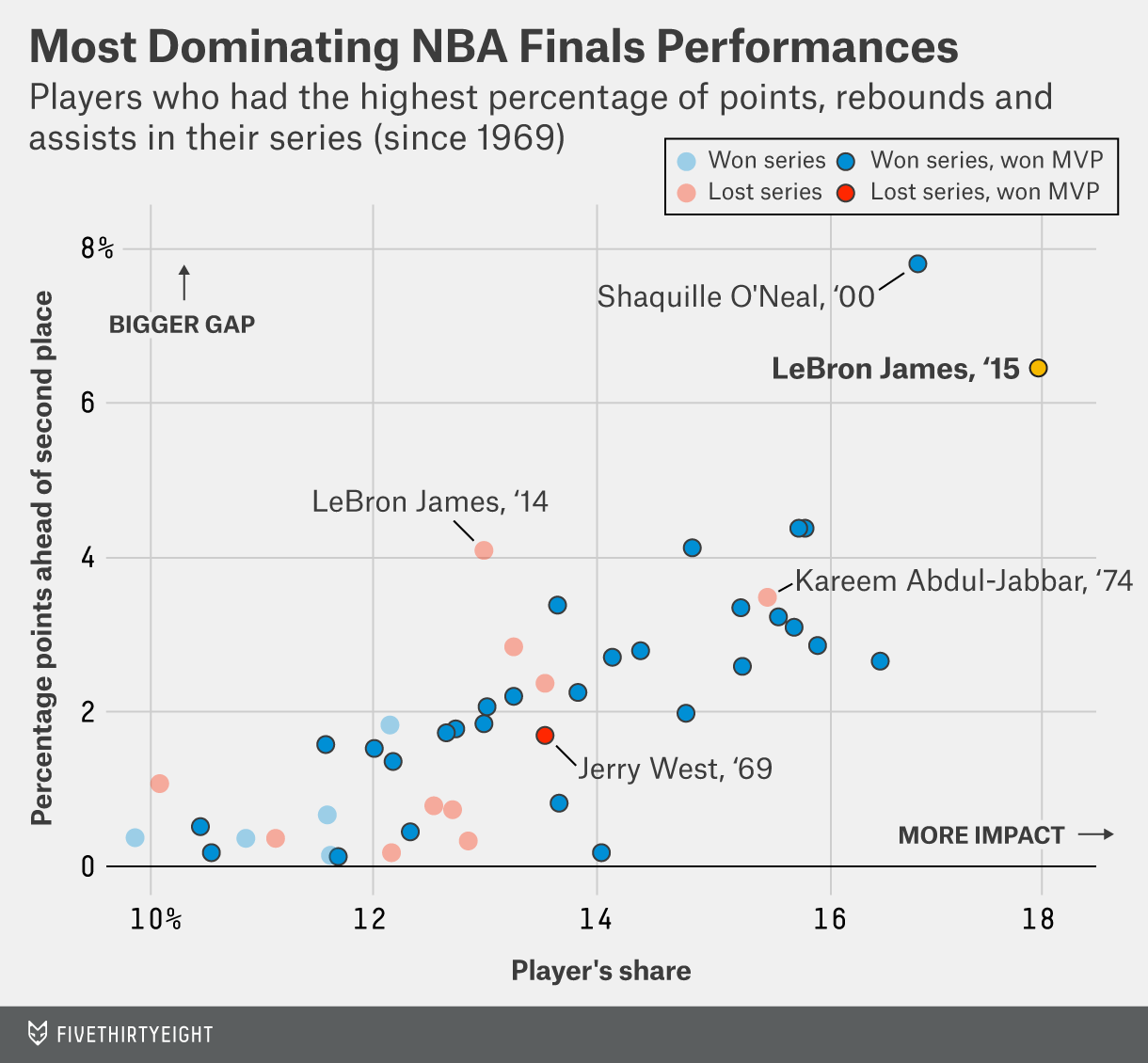 The only player with a greater than 4 percentage point gap who didn’t win the MVP was James last year, when the winner was Spurs breakout star and current Defensive Player of the Year Kawhi Leonard.

Of course dominating production isn’t necessarily the same as “value,” and I’ve dabbled in esoteric theories of value myself (like, say, how Dennis Rodman might have been more valuable than Michael Jordan).

Still, this gap between James and most other finals MVPs — barring any substantial changes — is so wide that unless you rule out the defeated on principle, it will be hard to argue that he doesn’t belong in their company.