This is our second edition of “Ctrl + ←,” a data-journalism roundup. You’ll find the most-read FiveThirtyEight articles of the past week (“ICYMI”), as well as data-driven pieces — and a few other gems — from elsewhere on the Internet.

Elsewhere on the Internet

The one where Slate analyzed Friends: Slate dissected all 280 scenes of the popular sitcom “Friends” to figure out which characters appear the most often and in which configurations. Ten years after the show’s series finale, the site revealed that Joey was the most-prevalent character (featuring in 47.7 percent of scenes) and that all six friends were together in just 9.8 percent of scenes. 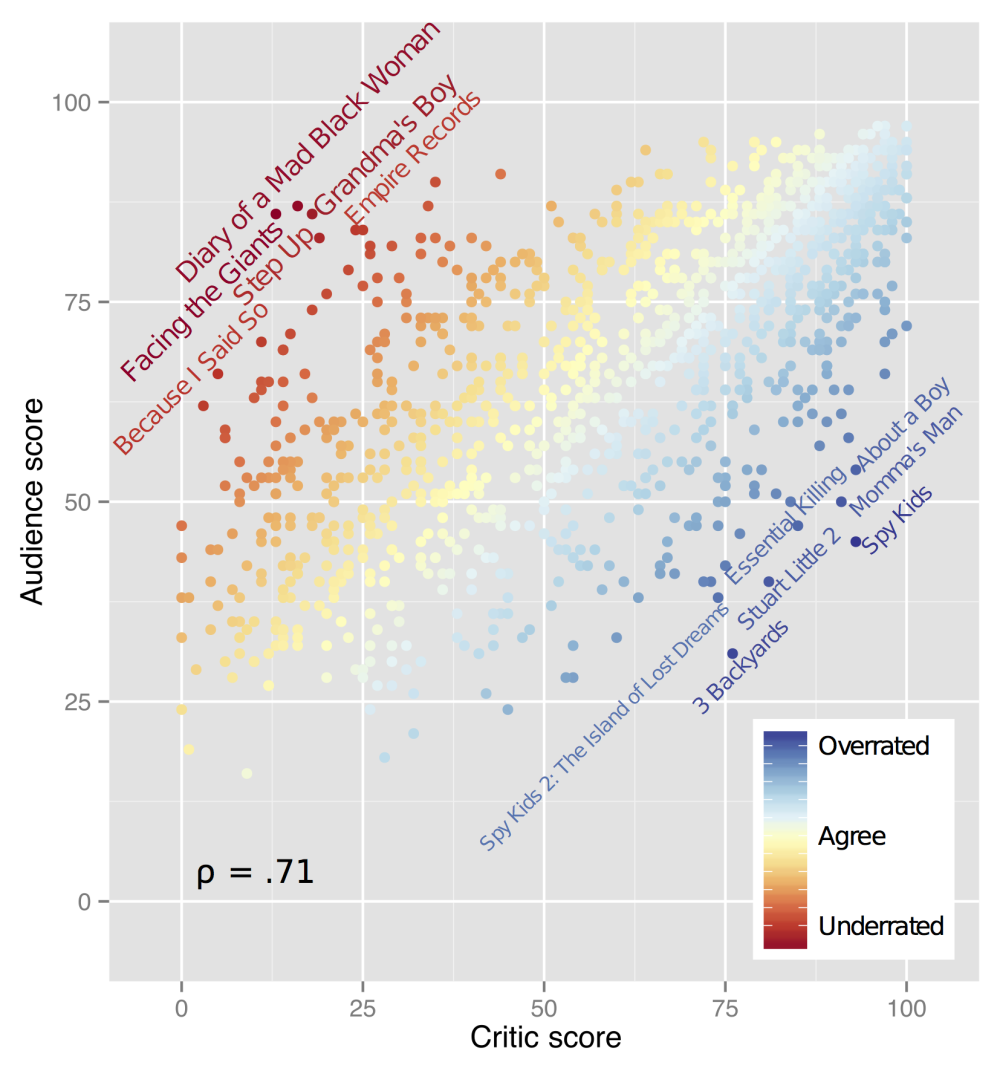 : We’re not only interested in the work of established journalists, so we were excited to come across this attempt, by a bioinformatics Ph.D. student, to quantify misguided film reviews. It shows that “Spy Kids” was seriously overrated, and that critics didn’t appreciate “Diary of a Mad Black Woman” as much as audiences did. Even better, he built an interactive version.

Race and scouting reports: Deadspin pulled pre-NFL draft scouting reports and split them by player race, then calculated the rate at which certain words appeared (per 10,000 words). The results show how specific words, such as “natural,” are more likely to be attributed to black players. What we really liked about the piece is how readers engaged with the interactive, searching for words and posting screen grabs of their results in the comments section. We’d like to give a shout out to Bill Haisley, who spotted that the word “however” is almost twice as likely to be used while describing black players.

East Coast rappers vs. Shakespeare: Matt Daniels used the first 5,000 words of seven of Shakespeare’s works and compared them with a corpus of rap lyrics to see how rappers’ vocabulary measured up with the Bard’s expansive word use. Sixteen rappers, most of them from the East Coast, used a greater number of unique words than MC Willy Shake (almost certainly Shakespeare’s name were he around today). Using 7,392 unique words in his rhymes, Aesop Rock won by a mile.

Mapping injuries: These sharp maps from The New York Times show where collisions occur on New York City streets and whether those crashes resulted in pedestrian or bicyclist fatalities. As ever, the power of all this comes in the analysis; the Times explains that danger zones typically involve wide boulevards, double parking and turning cars.

Are these headphones worth it?: It’s a simple idea but a useful one if you’re shopping for something with a budget in mind: Plot customer satisfaction against price. When Ampp3d did it for headphones, it found that one brand came off poorly. 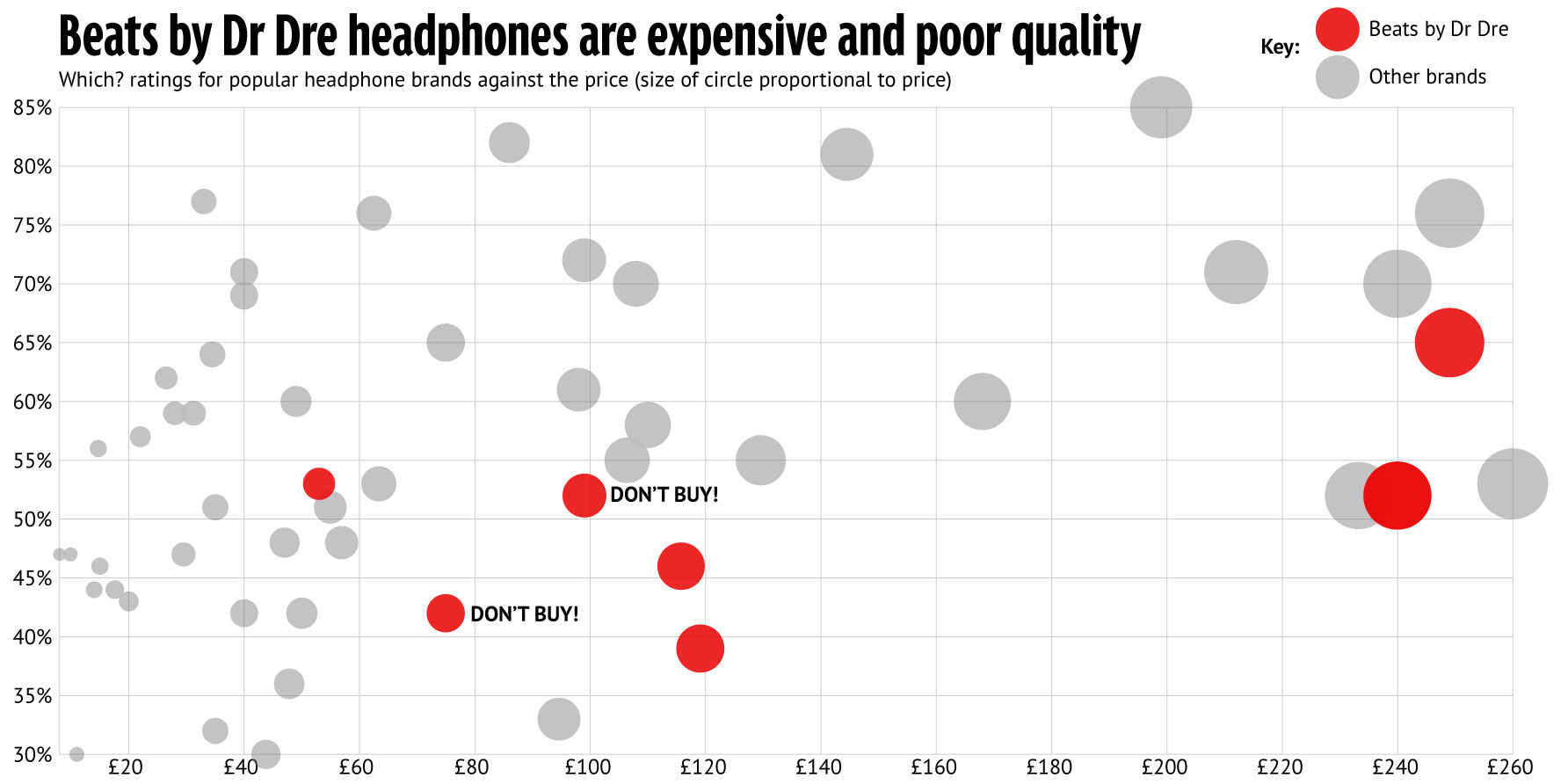 The U.K. falls from its singing pedestal: If ever there were a time for a link to an article in a foreign language, Eurovision is it. (If you haven’t heard of the European song contest or its corresponding controversy, we have a brief explainer here.) Data journalists in Denmark looked at each competing country’s ranking, and in an interactive, showed how Eastern European countries stole the show from boring British acts.

Did we miss anything you enjoyed this week? Share your favorites below.