Take a bunch of European countries, make each nation pick one musical act to represent it, and then ask each country to pick a winner — it’s the Eurovision Song Contest! The annual televised competition, which starts next week in Copenhagen, Denmark, attracts about 170 million viewers — and a whole lot of criticism for biased voting. A study released Friday has found strong evidence in support of that criticism.

First, a (very brief) history for the uninitiated among you. Monsieur Marcel Bezençon, then director of the European Broadcasting Union, came up with the idea for the program, which first aired in 1956. It was hoped that a song contest, transmitted simultaneously in all the countries that competed, would be more than a great technological experiment — it might be good for international peace, too.

More than 40 countries now take part, but as the contest has gotten bigger, accusations of bribery, bias and other types of non-merit-based voting have persisted. Cultural affinity often seems to be more important than talent. Two statisticians in London wanted to see whether that was true.

They looked at data on the ﬁnal round of votes of each contest from 1998 to 2012 (tele-voting was introduced in 1997; before that, judges cast each country’s vote). Then they used Bayesian modeling (a FiveThirtyEight favorite) to find out how much a country’s score “depends on cultural and spatial proximity, as well as on migration stocks.”

Their study shows that bias isn’t a one-way concept. The researchers wanted to test the data for evidence of discrimination (i.e. negative bias) and favoritism (i.e. positive bias). They “found moderate to substantial positive bias, which could be explained by strong ‘cultural’ similarities, e.g. due to commonalities in language and history, and to a lesser extent to geographical proximity and migrations,” but surprisingly found little evidence of negativity. To visualize that trend across all possible combinations of voters and performers, the researchers produced the chart below, where filled circles represent positive bias and empty circles are negative bias. 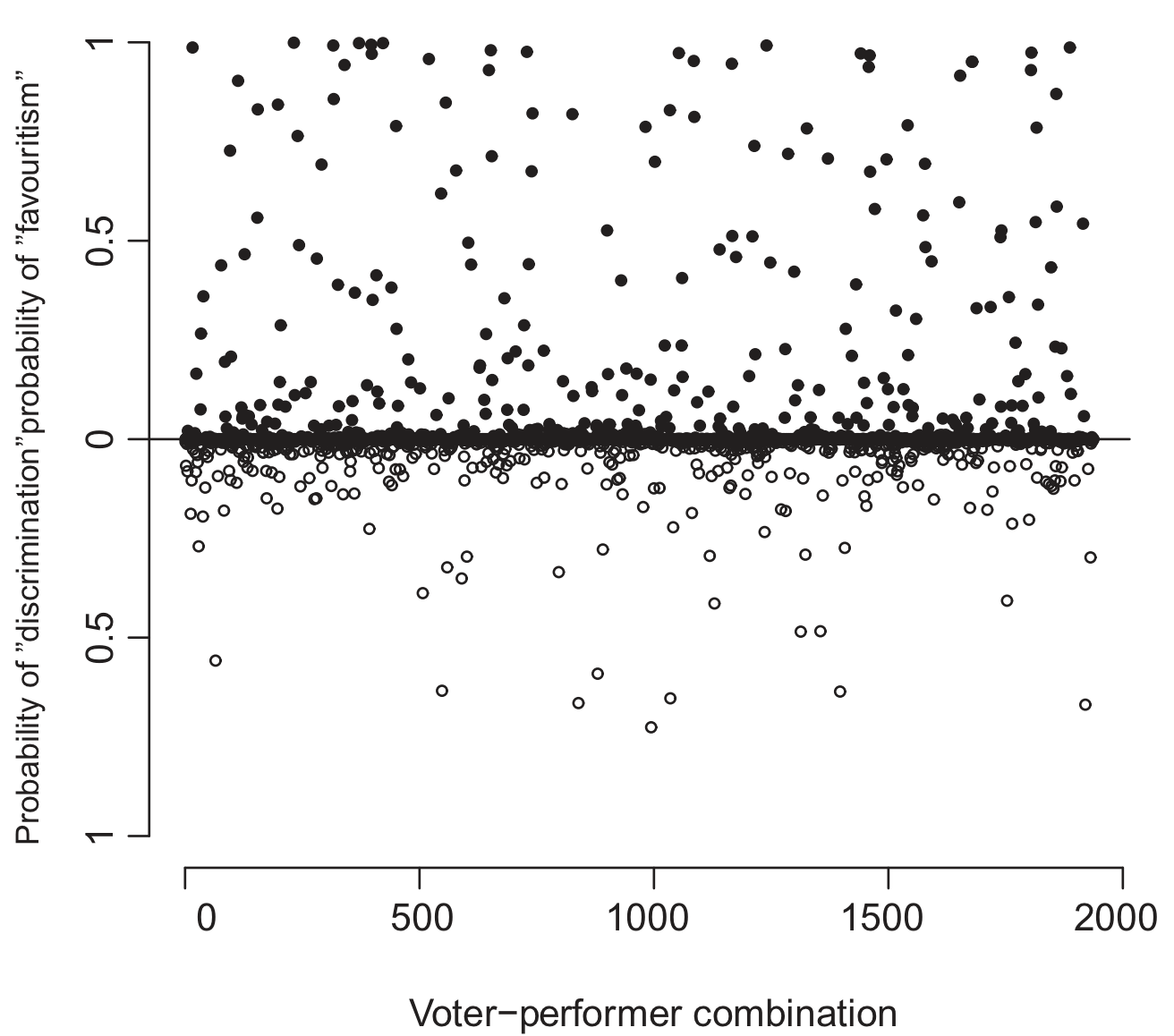 It’s just one paper, but the research shows that Bayesian principles can be applied to just about anything — including an attempt to settle a 58-year-old European squabble about “Hey, why didn’t you vote for my song?”