Health inequality in Baltimore: These charts show just how badly health outcomes for Baltimore’s black residents compare against those for the city’s white residents and the overall U.S. population. [Quartz] 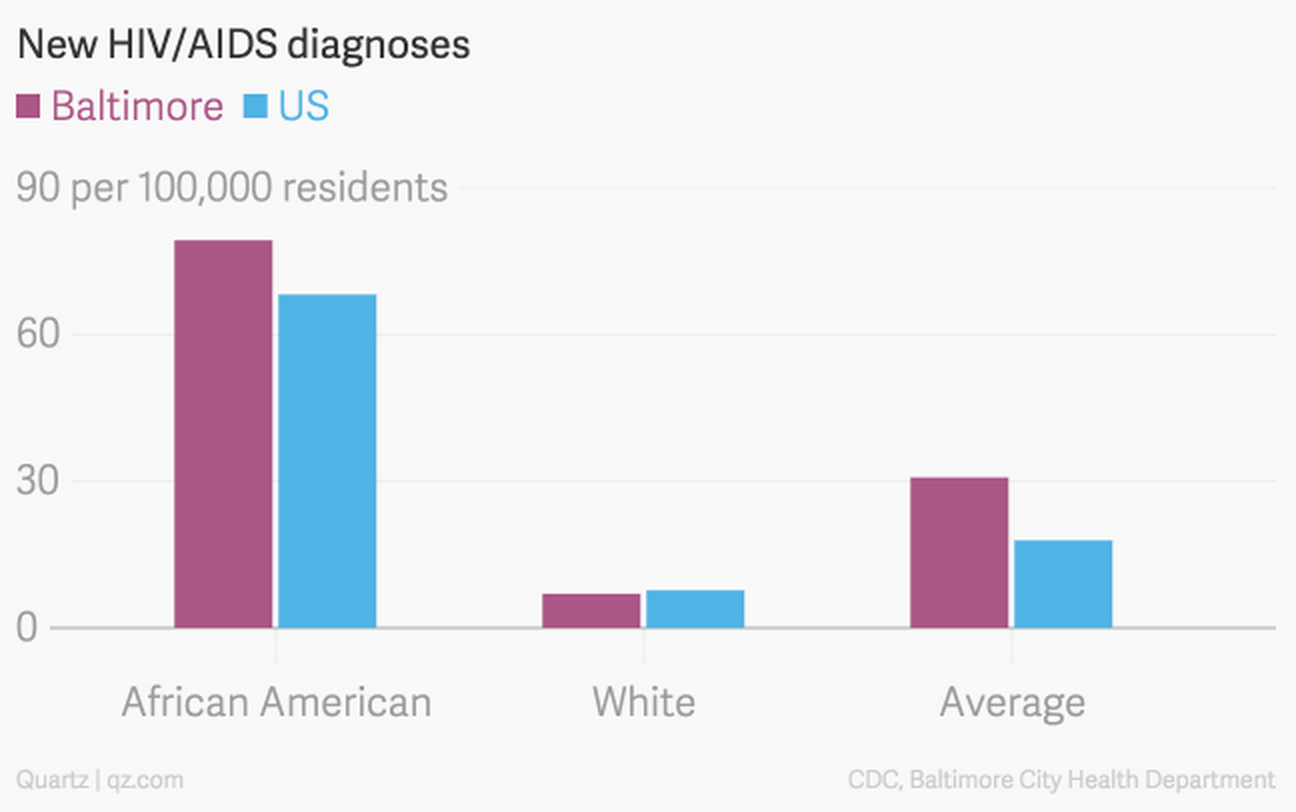 Don’t pick on p-values: Much published scientific research points to what are known as p-values to demonstrate a finding’s statistical significance. Reliance on p-values has come under much criticism in recent years. But as this brief article from Nature explains, there are many steps to research and data analysis that occur before a p-value is calculated, and those steps are equally worthy of examination. [Nature]

White noise: Mainstream U.S. news coverage of race has often been criticized. Heather Timmons points to one reason why that might be: American journalists are still more likely to be white than the American population. [Quartz] 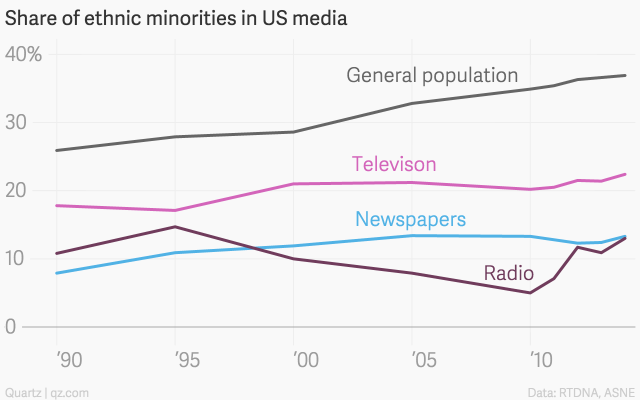 Heavy drinking and occupation: Data from the Substance Abuse and Mental Health Services Administration reveals that Americans who work in the mining industry are the most likely to be heavy drinkers, followed by those who work in construction. [Ampp3d] 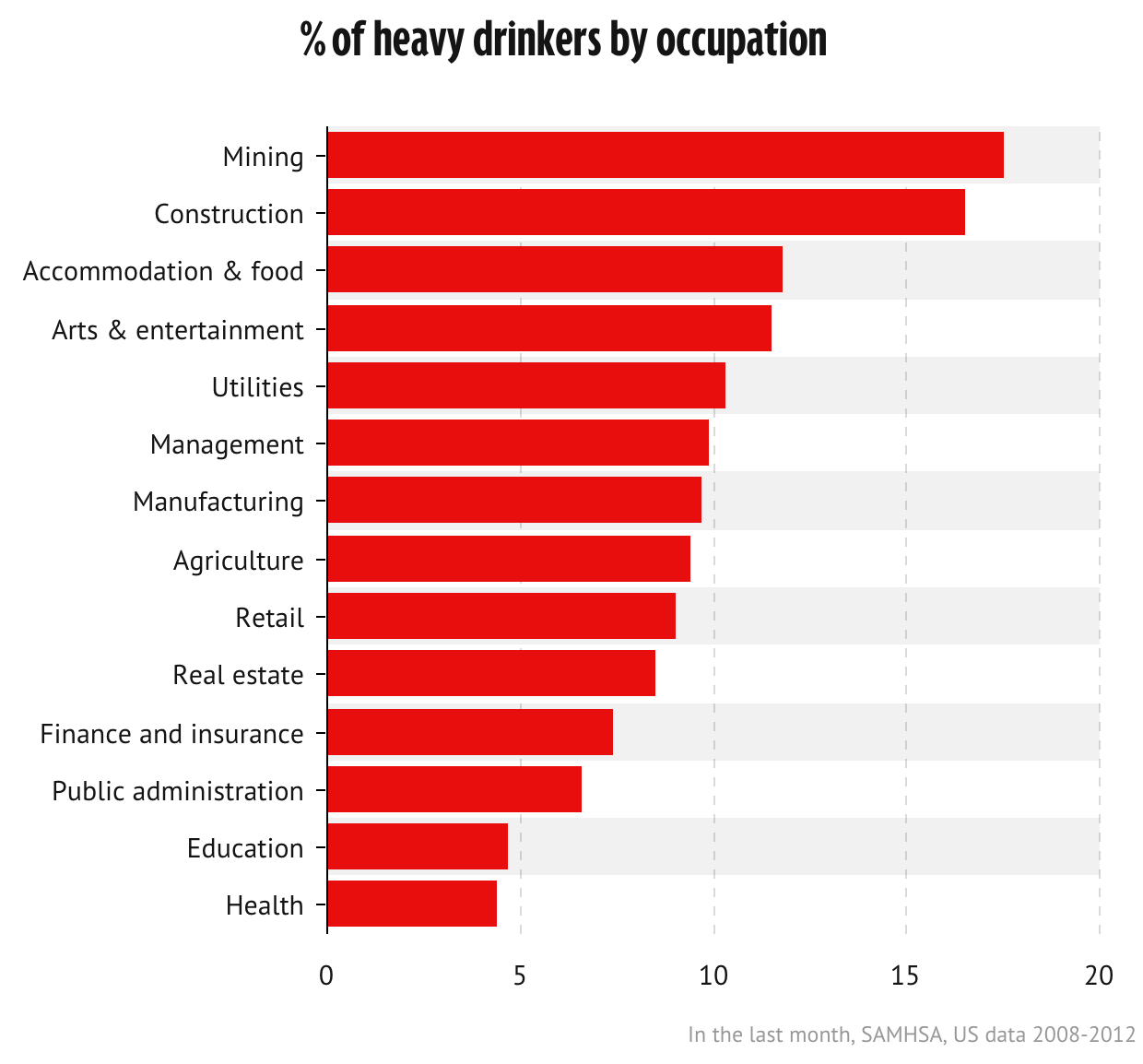 Penis preferences: Media websites tend to use the word “penis” far more often than the word “vagina,” according to a “not-totally serious” look by Paul Ford. The feminist blog Jezebel is the only place to have a 50:50 split, while Hindu.com is the most “vagina”-focused site (with over 80 percent of references to one of the two words). At the other extreme, Drudge Report looks like it is 100 percent “penis.” FiveThirtyEight is about 75 percent “penis,” and it’s with a mixture of shame and pride that I discover I’m responsible for almost every genital reference on this site — through writing about research on penis percentiles, the profanities children use and the pubic hair preferences of American women. [Medium] 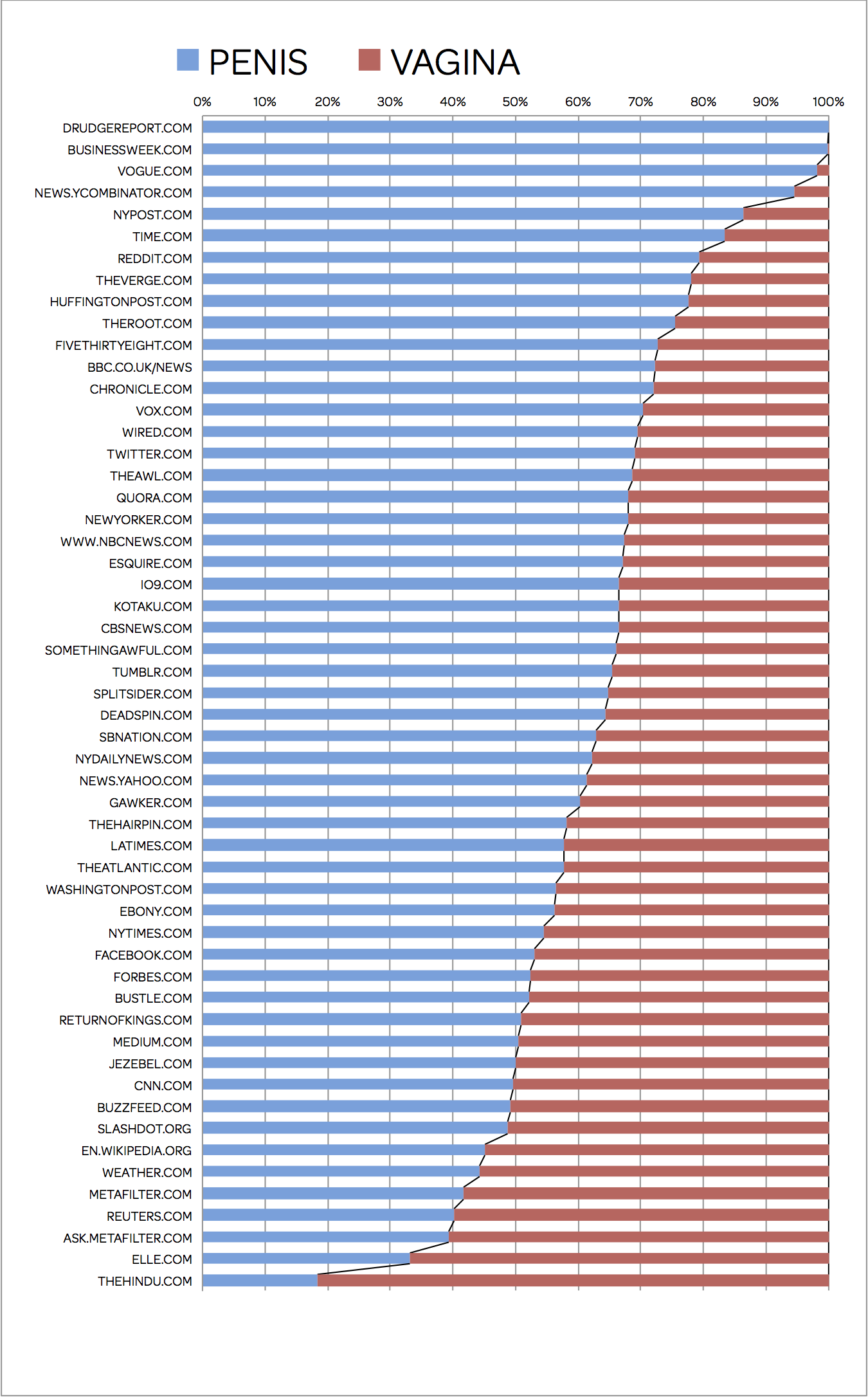