Most parents remember their child’s first word, and that’s not just because that word is often “daddy” or “mommy.” “Baabaa,” “bye” or the ominous “uh-oh” can also be a baby’s initial step into the world of words. But how many parents, I wonder, remember when their child first offered them a four-lettered linguistic gift?

A study published last year in the American Journal of Psychology collected “data about the emergence of adult like swearing in children.” The authors, Timothy Jay and Kristin Jay, recorded observations of children ages 1 through 12 and adults using taboo utterances, which “were described as offensive words and phrases (e.g. fuck), insults or name calling (e.g. douchebag), and clinical terms (e.g. penis), as well as abusive expressions (e.g. I hate you).”

If you’re wondering about how the frequency of words in a child’s vocabulary can decline, the breakdown provides some clues. For 1- and 2-year-olds, the most frequently used taboo word was “poop” or “poopy,” but it quickly falls in usage as children become older. The researchers’ data showed that “the taboo lexicon emerges early and shifts over time” in such a way that as kids age, they have more bad words in common with adults. 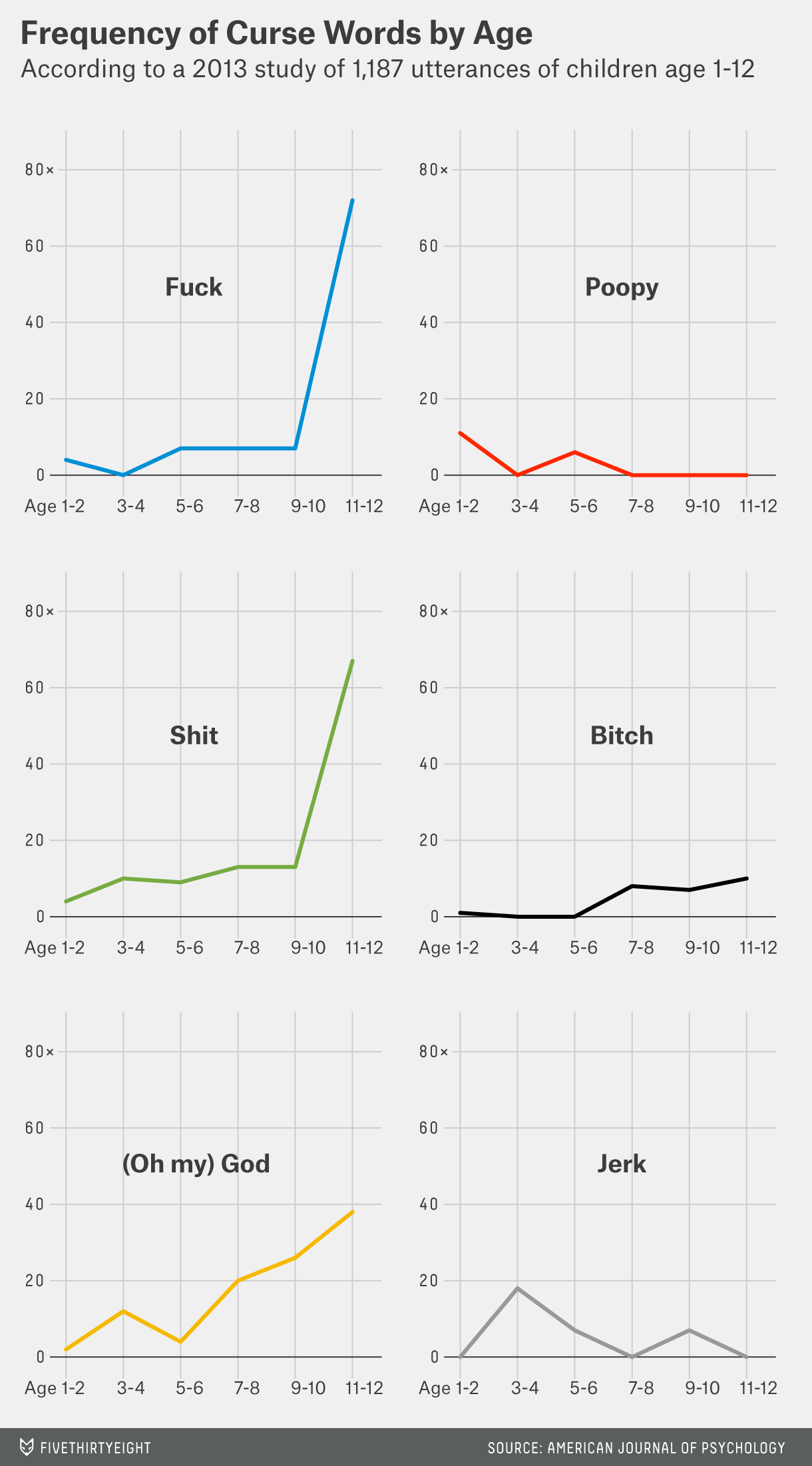