Paying an arm and a leg: Nearly every U.S. state has benchmarks for the compensation that workers can expect to receive if they suffer a permanent injury at work. The amounts vary by state but also by limb in a way that effectively “divides up the body like an Angus beef chart” according to Michael Grabell and Howard Berkes. The interactive that accompanies their story allows you to compare the value of an arm in Nevada (damage to which could result in compensation up to $859,634) to, say, a testicle in Illinois ($73,537). [ProPublica] 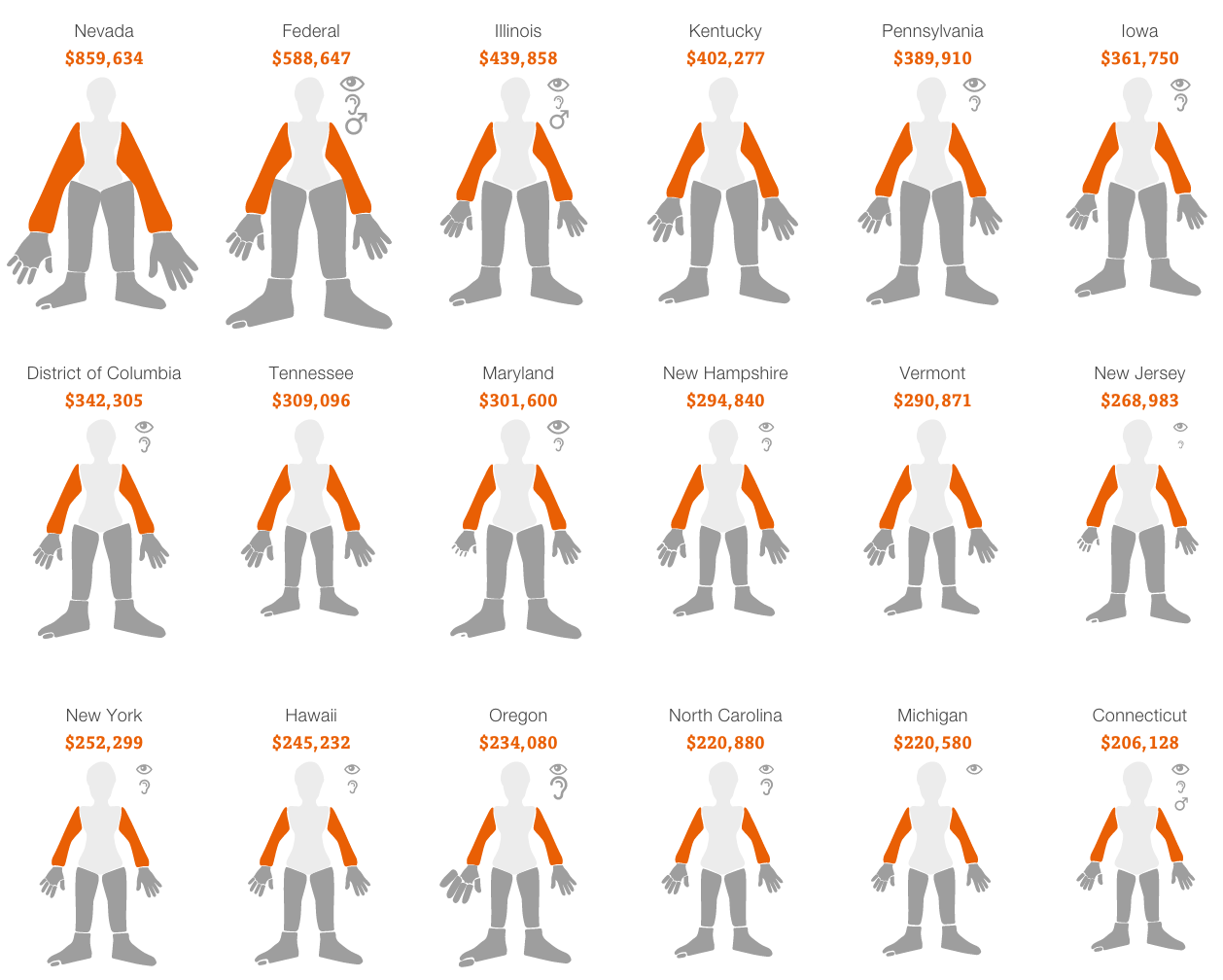 Penis percentiles: An academic review that came out this week got people very excited. The authors summarized studies, 20 in total, that had measured the length and circumference of adult penises (both flaccid and erect). Nick Evershed created an interactive calculator that allows you to plug in the measurements of a penis you know and see how it compares to the population measured in the study. [The Guardian] 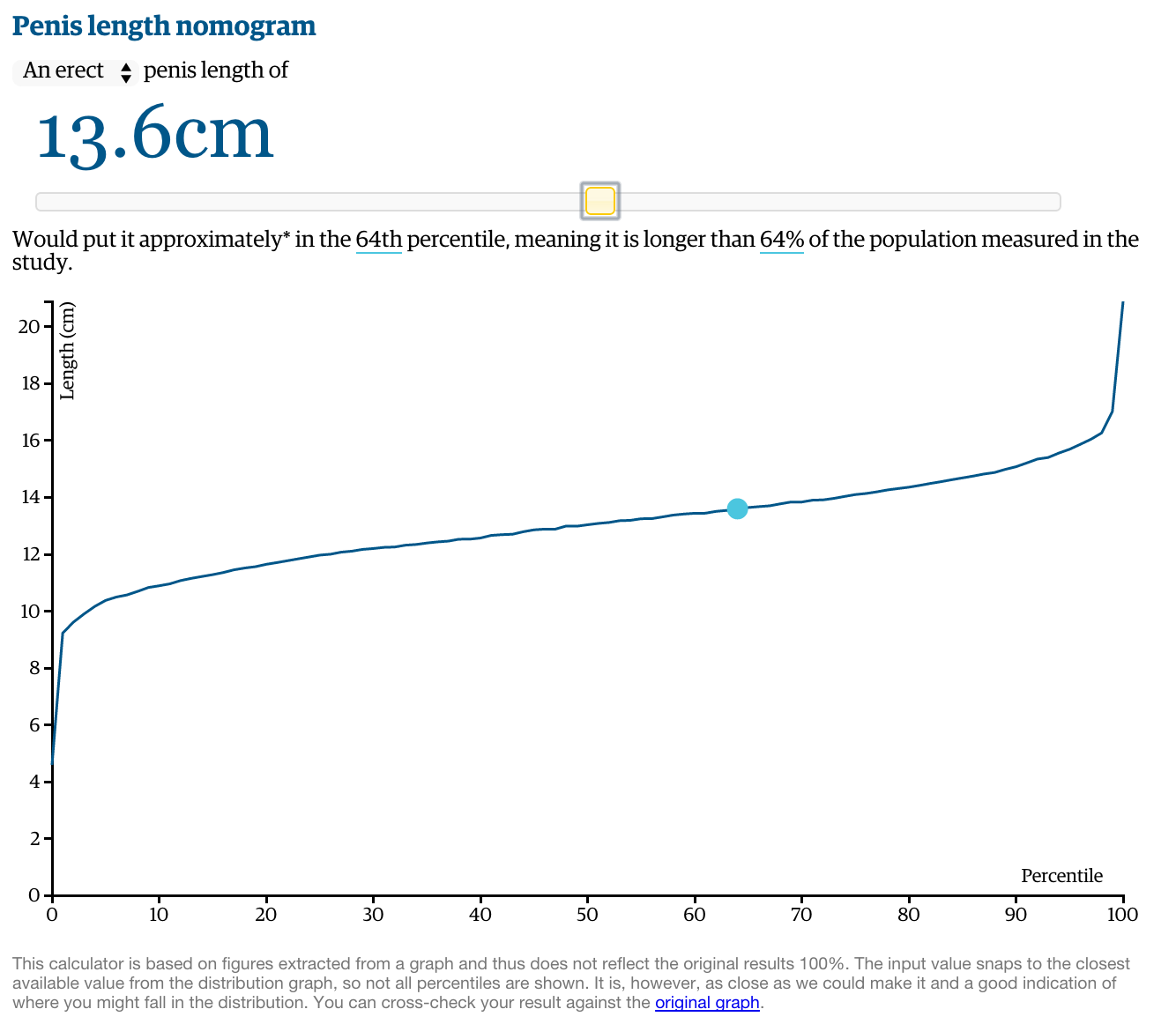 Finding the daily doubles: Nathan Yau collected data on all 13,663 daily doubles featured on the quiz show Jeopardy! and plotted where on the board all the action happens. Apparently, you should focus your efforts on the fourth row in the first column if you’re ever a contestant — a location that’s remained a hot spot in all 31 seasons of the show. [Flowing Data] 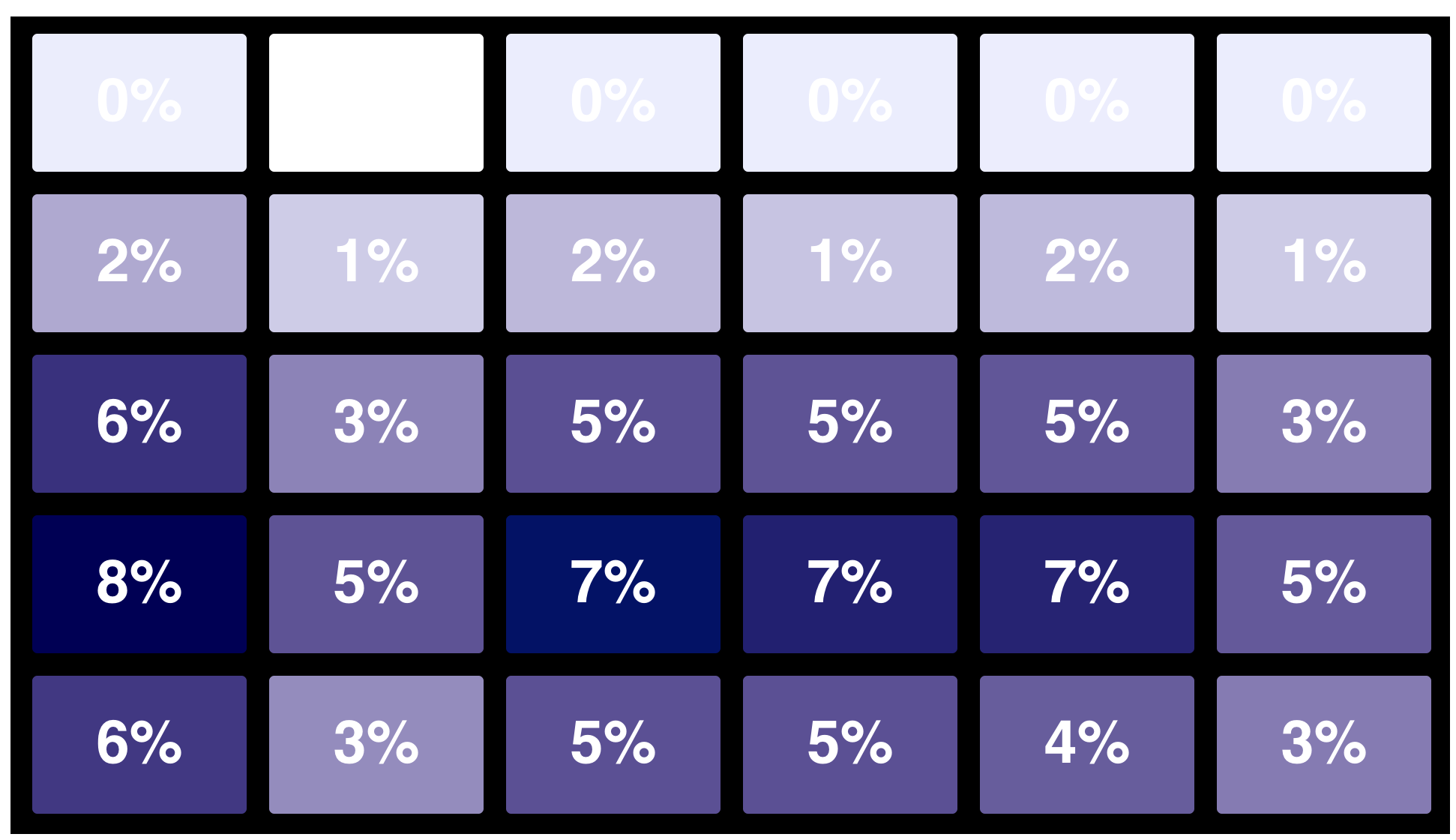 It pays to be called John. Or David: The first sentence of Justin Wolfers piece says it all “Fewer large companies are run by women than by men named John.” Wolfers created the “Glass Ceiling Index” that looks at the gender and names of chief executives of S.&P. 1500 firms and compares the number of women to Jameses, Roberts, Johns and Williams. The results are pretty depressing. [The New York Times] 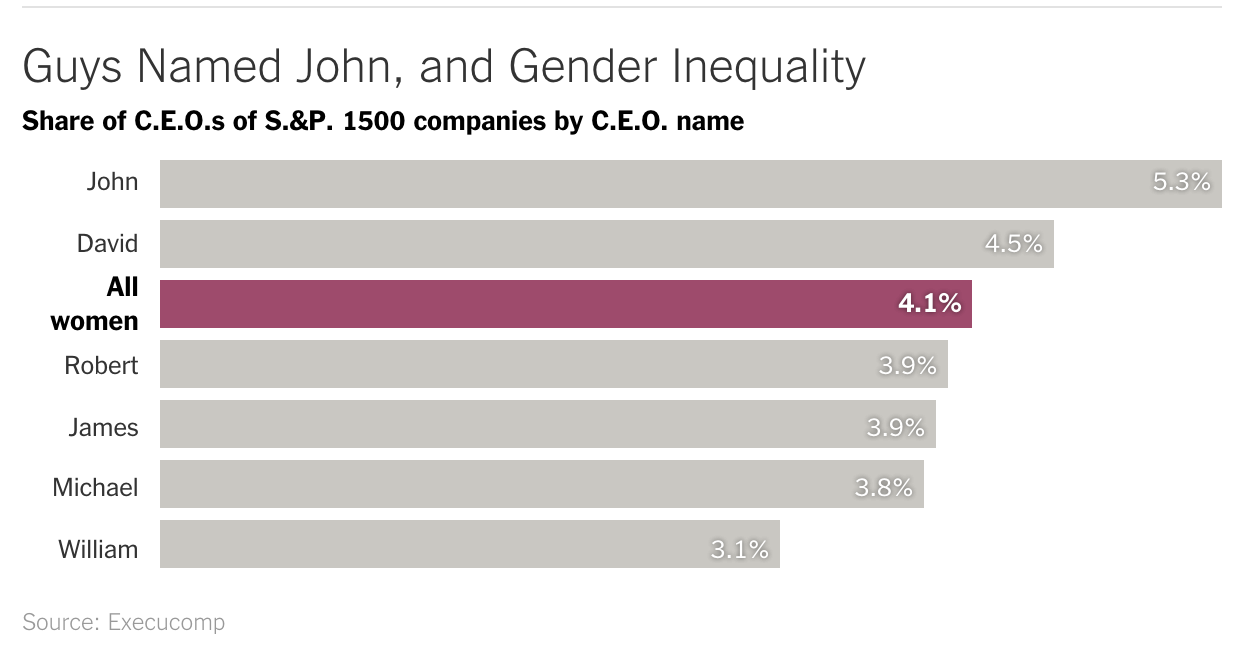 The importance of casual sex: When Helen Fisher, an anthropologist specializing in human attraction, conducted a survey with Match.com she found that most people said they’d had a one night stand that year. But (and this is crucial for Fisher’s argument about the importance of casual sex in finding long-term love) 27 percent of those respondents said that a one-night stand had turned into a committed relationship for them in 2014. [Nautilus]

Profiteering and the police: On Wednesday, the Justice Department released a damning report that describes police officers disproportionally targeting African-American drivers in the city of Ferguson. According to the report, police behavior was influenced by officials who “set maximizing revenue as the priority.” Tim Fernholz considers the report’s findings by looking at how court-fine revenue has changed in Ferguson over the past ten years. [Quartz] 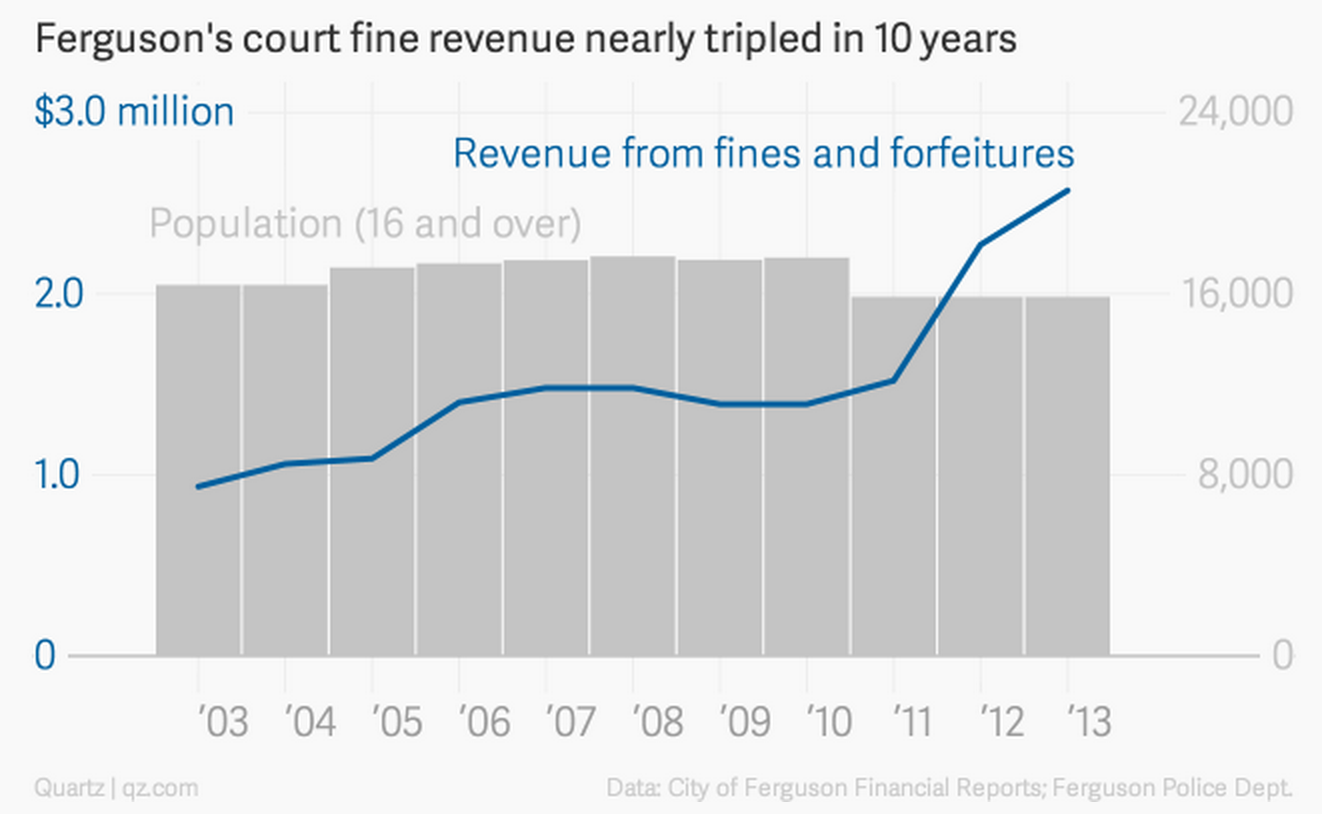