UPDATE (June 25, 10:53 a.m.): In March, Supreme Court predictors ruled that Solicitor General Donald Verrilli won the oral argument in King v. Burwell, and the odds that subsidies provided by the Affordable Care Act would be upheld immediately jumped up. And as we learned Thursday, they were right. The law was upheld by a 6-3 vote, exactly as predicted by the crowd at FantasySCOTUS.

Solicitor General Donald Verrilli won Wednesday’s oral arguments in King v. Burwell, the latest challenge to the Affordable Care Act. Or at least that’s what the wisdom of the crowd is telling us.

When we previewed the case, the predictors at FantasySCOTUS saw it as a 5-4 reversal, with Chief Justice John Roberts essentially sitting on the fence. (A reversal could result in the loss of billions of dollars in federal subsidies that are helping millions of Americans in more than 30 states purchase health insurance.) Now, they see it as a 6-3 affirm — in support of the government. (Note, though, that Roberts and Justice Anthony Kennedy are still seen as on or near the fence.)

Here are the shifts in the predictions over the course of the past few days. The plot represents a rolling average of the last 200 predictions entered by FantasySCOTUS players. The proportion of predicted votes to strike a blow to the ACA fell sharply Wednesday. 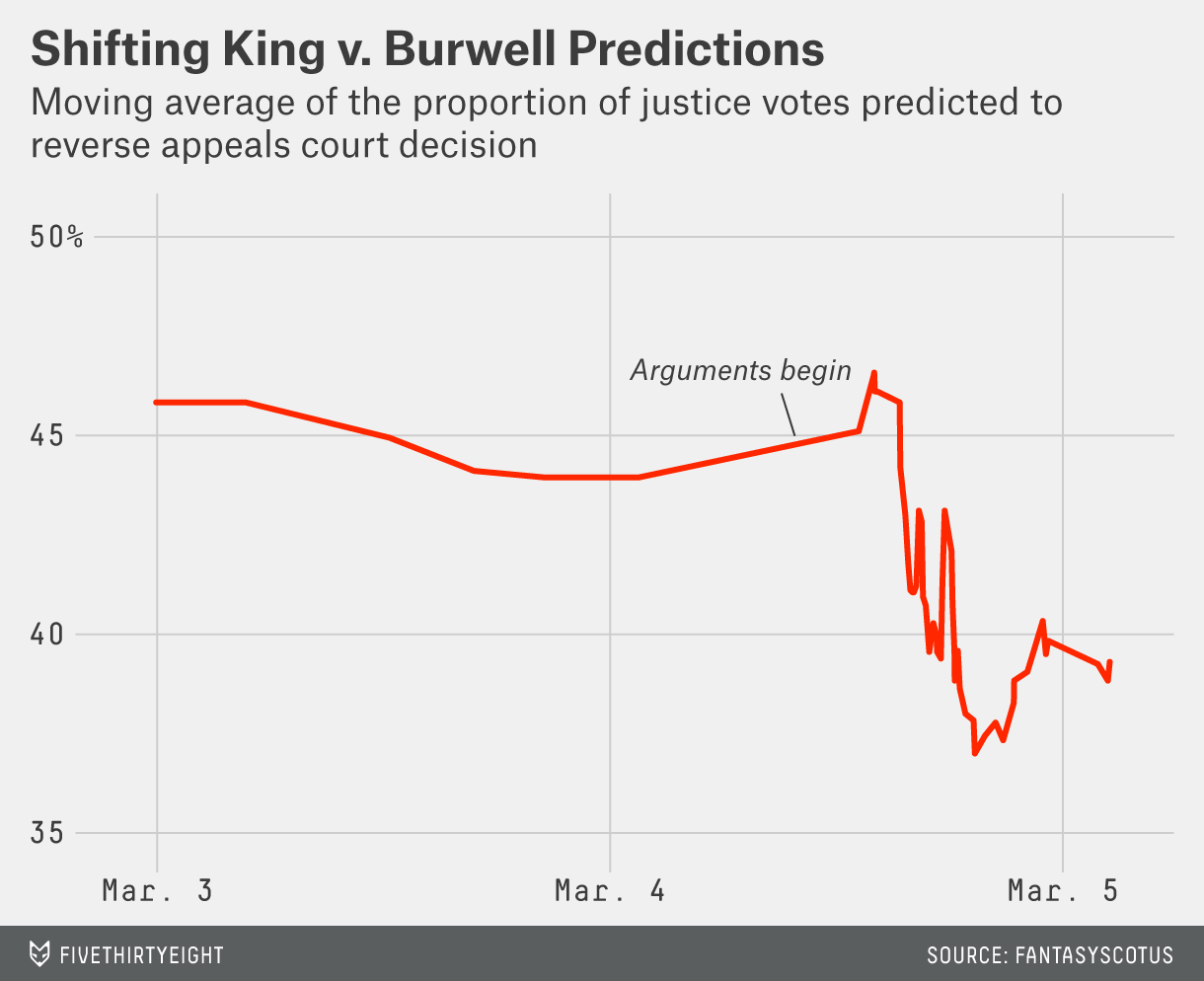 Jeffrey Toobin gives an overview of the oral argument — and his reading of the tea leaves — in The New Yorker. He suggests that Roberts’s relative silence may have been the most telling of all. The crowd agrees.

Oral arguments have thrown us off the scent before, however. In the previous major ACA challenge, Verrilli’s performance before the court was panned. “He was passive,” Toobin told Politico in 2012. “He was stumbling. He was nervous. I was just shocked.” But Verrilli emerged victorious then.