In 2012, the Affordable Care Act survived a full-scale constitutional assault in the U.S. Supreme Court. Now, it faces a potentially devastating surgical strike. Obamacare’s new challenge is scheduled for oral argument before the court Wednesday. In this edition of “Priors and Precedent,” we’ll take a quantified look at the case of King v. Burwell, including some predictions of how it might play out. First, some background.

This challenge to the monumental ACA hinges on a “glitch.” Or at least that’s how it was characterized in The Wall Street Journal by two of the law’s challengers in 2011.

The glitch? Four words: “Established by the State.”

The ACA says insurance subsidies — vital to ensuring that health plans offered under the law are affordable — are calculated based on enrollment in an “Exchange established by the State.” But only 16 states established their own exchanges, or marketplaces. The rest fell under another provision of the nearly 1,000-page document, which allows that the federal government “shall … establish and operate such Exchange within the State” if the state does not create its own. And 34 states fall into this category — making ACA enrollees in those states vulnerable to having their subsidies stripped away. 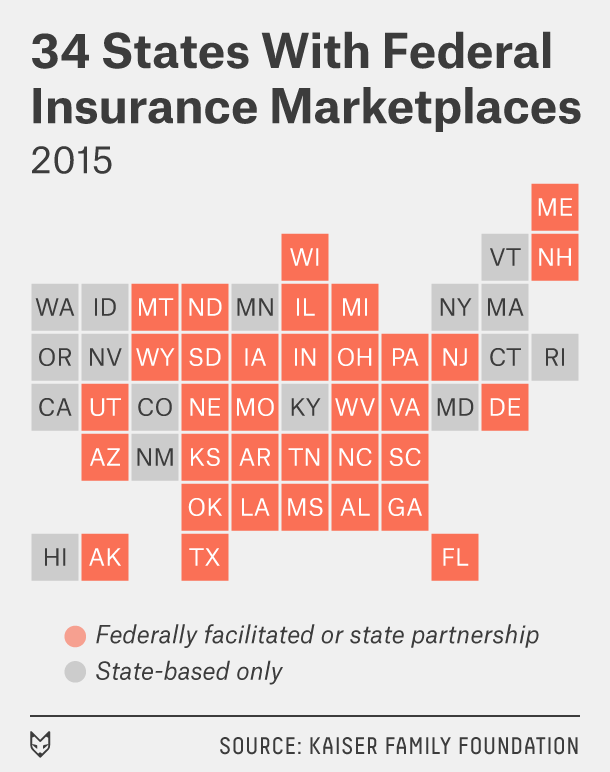 The question is whether these federally created exchanges are state exchanges as far as the ACA is concerned. If they’re ruled not to be, it could gut the law in most of the country.

It’s no accident that this short phrase has become the centerpiece of a Supreme Court case.

“This bastard has to be killed as a matter of political hygiene,” Michael Greve said at a 2010 conference held at the American Enterprise Institute. (The “bastard” there is the ACA.) Greve is a board member and former chairman of the Competitive Enterprise Institute (CEI), which is funding the lawsuit. “I do not care how this is done, whether it’s dismembered, whether we drive a stake through its heart, whether we tar and feather it and drive it out of town, whether we strangle it,” he said. “I don’t care who does it, whether it’s some court someplace, or the United States Congress.”

Lawyers hired by CEI pored over the text of the law, eventually alighting on the suspect phrase. Their argument to the court, then, is that the subsidies being given to those living in states with federally facilitated marketplaces are invalid and should be revoked.

In one corner, arguing for the government and the ACA (the “Burwell” of King v. Burwell is Sylvia Burwell, the secretary of health and human services), is Solicitor General Donald Verrilli. Verrilli came under some fire after his performance defending the ACA’s constitutionality the first time around. Jeffrey Toobin, The New Yorker’s legal analyst, told Politico at the time: “He was passive. He was stumbling. He was nervous. I was just shocked.” Nevertheless, he was, of course, ultimately successful. This will be Verrilli’s 40th Supreme Court argument.

In the other corner: Michael A. Carvin, a partner at Jones Day. Carvin also argued against the ACA in the previous Supreme Court challenge. This will be Carvin’s seventh argument before the court. His record thus far: 4-2.

More than 11 million people registered for or renewed health insurance in the state and federal ACA marketplaces this year. So the justices’ interpretation of a few words in the law could carry enormous repercussions. The states with federally created marketplaces are now home to a majority of the country.

An Urban Institute report found that a ruling against the government would eliminate $29 billion in tax credits and cost-sharing reductions, affecting 9.3 million people. This would increase insurance premiums, and 8.2 million people would find themselves newly uninsured, according to the January 2015 report. 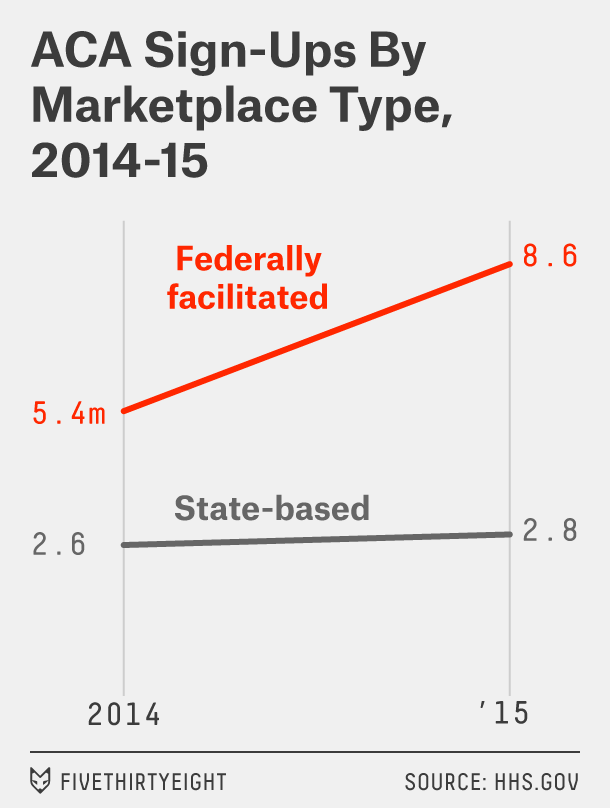 The Kaiser Family Foundation looked at the potential impact in a different way. It estimated that more than 13 million enrollees could be denied financial assistance in 2016 based on the decision. Drew Altman, the foundation’s president, wrote in The Wall Street Journal: “Because most people eligible for tax credits have modest incomes, the vast majority would not be able to afford any coverage without financial help and the ranks of the uninsured would become much larger than they would otherwise be.”

So what’s expected to come of all this? Let’s turn to the wisdom of the crowd at FantasySCOTUS and the case-predicting {Marshall}+ algorithm. Here are their predictions. (A reversal in this case is a blow to the ACA.) 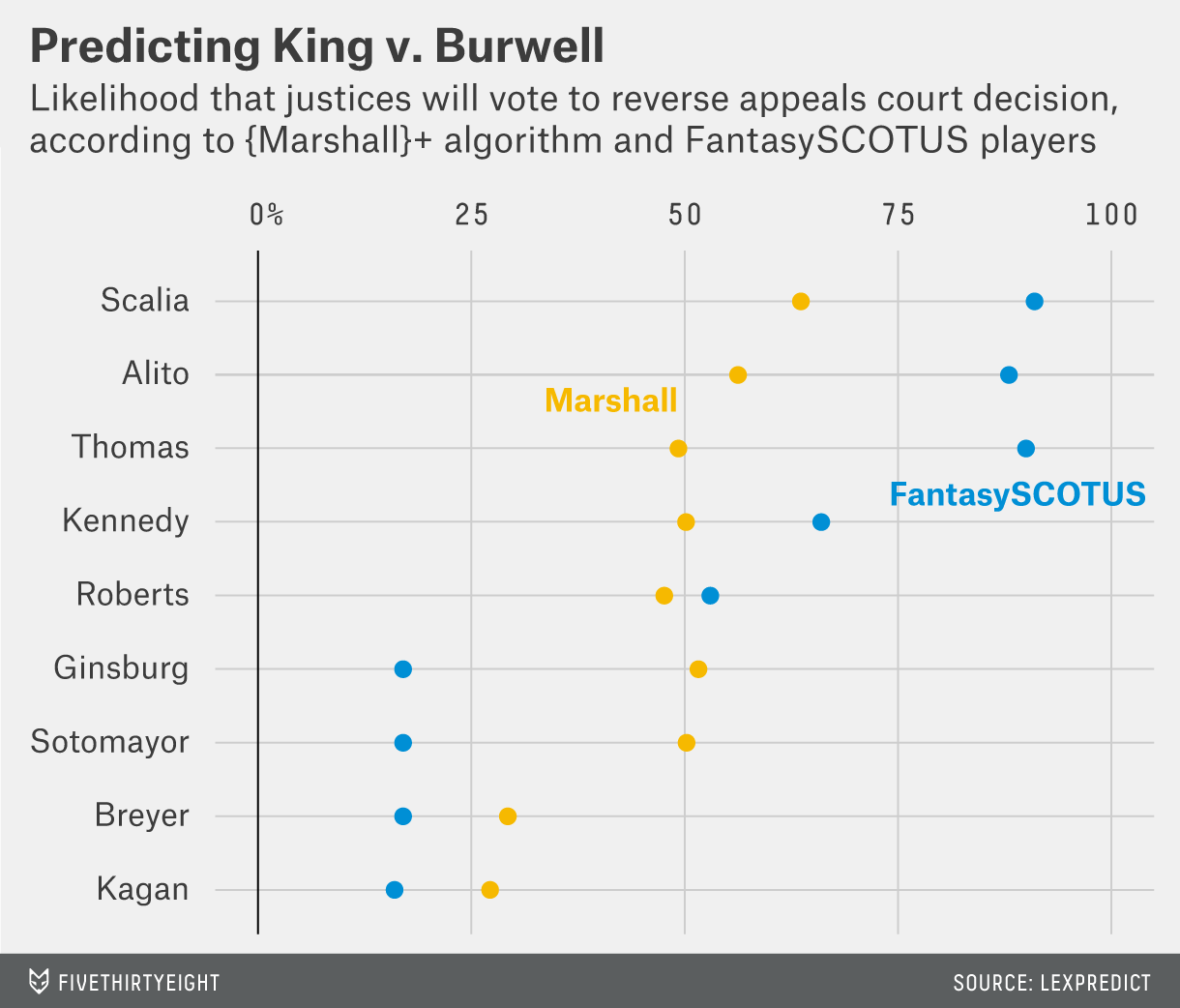 The wisdom of the crowd foresees a 5-4 reversal as of this writing — which would be a decision against the ACA — with Chief Justice John Roberts sitting on the fence and Justice Anthony Kennedy not far away. Roberts was, of course, the surprise savior of the law in 2012. (The crowd predictions may improve after participants have had a chance to digest the oral argument transcript, taking clues from justices’ questions.)

The {Marshall}+ algorithm isn’t quite sure what to make of all this. It sees a similar pattern — the liberal justices more likely to affirm and the conservative justices more likely to reverse — but many of the justices are more or less a coin flip. Josh Blackman, one of the {Marshall}+ creators, told me: “These numbers remind me a lot of the crowd predictions from the first Obamacare case in 2012. The numbers were too close too call, and we were not able to get any statistical significance. This proved to be surprisingly accurate, as the court itself (the chief justice in particular) hadn’t made up its mind of how to rule. This case will be close.”

If the human predictions are to be believed, the liberal bloc — Justices Stephen Breyer, Ruth Bader Ginsburg, Elena Kagan and Sonia Sotomayor — is solidly behind the ACA. A conservative bloc — Justices Samuel Alito, Antonin Scalia and Clarence Thomas — is solidly against it. So two men — Roberts and Kennedy — hold the fate of the ACA, and millions of Americans’ health coverage, in their hands.