Expect Republican Gov. Scott Walker, if he runs for president in 2016, to repeatedly tout the fact that he won election three times in four years in Wisconsin, a purple state. But is Walker’s feat really all that impressive?

According to an analysis by The New York Times’ Nate Cohn, it’s not. Cohn argues that Walker’s margin was about what you’d expect given Wisconsin’s relative partisan makeup.1 You can see this relationship illustrated in this chart showing the 2012 presidential vote against the margin each incumbent governor won or lost by in 2014. 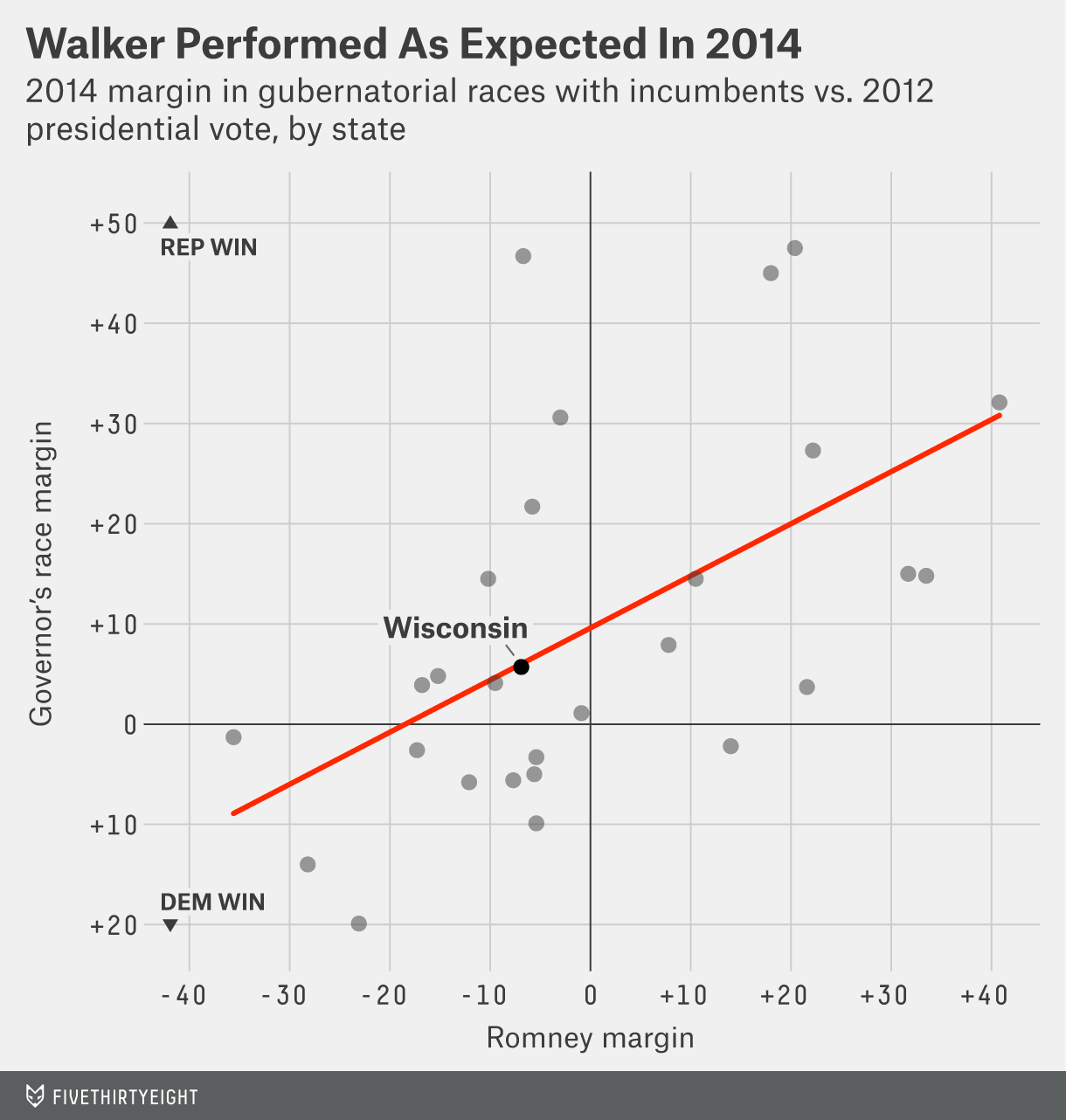 Some conservatives have argued, however, that merely looking at Walker’s margin of victory misses a key point: Walker is really conservative. He implemented conservative policies in a purple state, and he was still re-elected by the margin you’d expect of an average Republican.

I tend to agree with this line of thinking.

Walker was the second-most-conservative GOP governor running for re-election in 2014.2 According to an ideological scoring system created by Adam Bonica, an assistant professor of political science at Stanford University, Walker is more than one standard deviation more conservative than the average Republican governor who ran in 2014. That’s impressive, given that there is some relationship (although a weak one for Republican governors) between the 2012 presidential vote and the ideology of incumbent governors running for re-election in 2014. 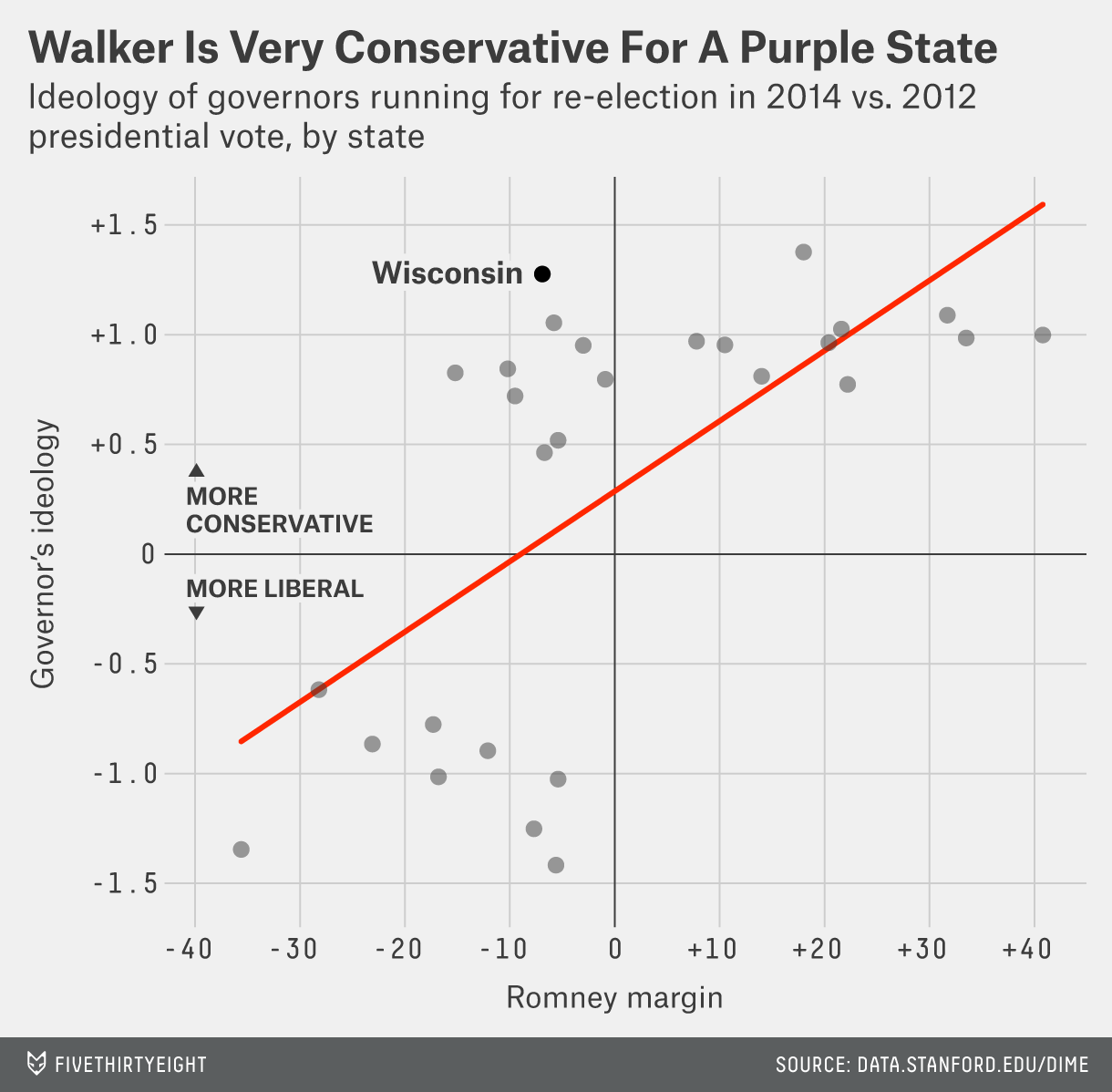 Of all the Republican governors running for re-election in 2014, Walker is the most conservative compared with the type of governor you’d expect was elected based on the 2012 presidential vote. The next closest is Paul LePage in Maine. Based on Walker’s ideology and the ideology of the incumbents running in 2014, you’d expect him to have been a governor of a state that Romney won by about 13 percentage points (Montana, for example) instead of one he lost by about 7 percentage points.

Walker may not be more electable than an average Republican, but electability isn’t the only thing that matters. As my colleague Nate Silver pointed out, Republican voters will be looking for a candidate who is both conservative and electable.

Will Walker’s balance of the two be enough?

Past research indicates that presidential nominees tend to get more moderate for every term their party has been kept out of the White House. It may be that Republican primary voters will sacrifice ideology for electability given that a Republican hasn’t won the presidency since 2004. If that’s the case, Walker is probably in trouble. But if voters are willing to take a chance on someone very conservative who has an average electability record, Walker has a real chance.