The skies above: Sixty-two miles above us, space begins. It’s there that more than 1,200 active satellites reside — providing GPS, TV channels, meteorological data and surveillance information to governments around the world. In this beautiful interactive, David Yanofsky and Tim Fernholz allow you to explore who owns and who uses these pricey bits of hardware.

The NBA’s Rosetta Stone: When Ed Kupfer, an analyst for the Houston Rockets, tweeted a chart of where every NBA team takes and gives up shots, Kyle Wagner at Regressing spotted a few interesting trends: The Minnesota Timberwolves and Washington Wizards are “both starved for three pointers,” the New York Knicks are a “baffling sort of bad” and the Philadelphia 76ers are just plain “hilarious.” 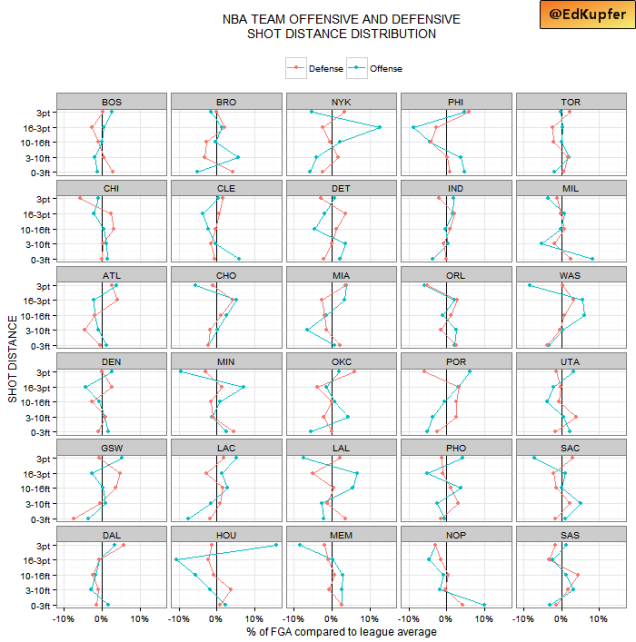 From sudoku to vape: If, like me, you don’t remember the last time you searched for a spelling or a definition on a bookshelf, then Oxford Dictionaries has a technique to remind you the opportunity exists: the word of the year. In 2005, the publisher’s press release announced the word of the year was “sudoku.” In 2007 it was “carbon footprint,” and in 2014 it’s “vape.” Joel Golby at Vice U.K. showed how often each “word of the year” was searched for online using charts taken from Google Trends. If Googling is anything to go by, maybe “selfie” has had its day.

Who benefits?: Of the 11.2 million unauthorized immigrants in the United States, who will be helped most by President Obama’s executive action? Pew Research Center looked at this question on Thursday and found that the order “would benefit those born in Mexico more than any other country of origin group.” Like Pew, the Migration Policy Institute also found that the administration’s plan would mainly apply to unauthorized immigrants who are the parents of U.S. citizens.

Underreporting rape: The newly launched Marshall Project looks promising to say the least. Demonstrating the site’s commitment to covering criminal justice, Dana Goldstein wrote on Thursday about the ways that U.S. police departments consistently underreport rape, resulting in deeply flawed statistics. In a separate article, Goldstein provided context to the allegations of sexual assault made against the comedian Bill Cosby by explaining that in several states victims must bring civil suits within a few years of an alleged assault — thereby further contributing to an undercount of rape in America.

Creating policy change: Advocates in Durham, North Carolina, claimed that they were witnessing a “pattern of abuse and bias against minorities” by police. They decided the smartest way to make themselves heard was to demonstrate the existence of that pattern using more than a decade’s worth of state data. Interviewing the advocates in The New York Times, Richard A. Oppel Jr. describes how, in the face of statistical evidence from the groups, the city suddenly changed its policy on vehicle searches to require written consent. What’s more, Oppel finds that advocates elsewhere in the country are similarly using numbers to demonstrate that police prejudice is not just a perception. 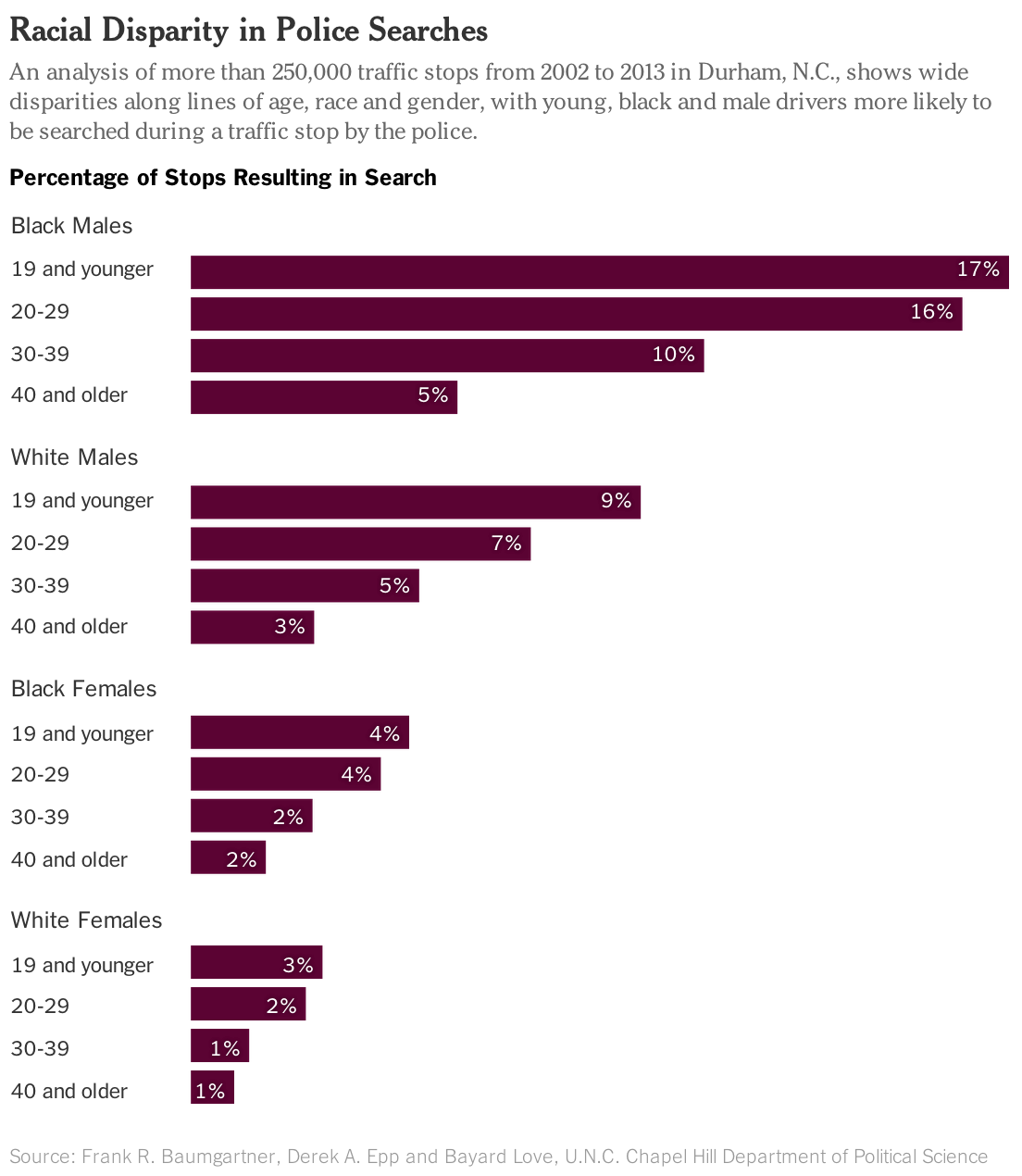