President Obama is due to announce an executive action Thursday, one that will change the legal status of millions of immigrants and is likely to be remembered as a major effort to change the country’s immigration system. The action would reportedly allow up to 4 million undocumented immigrants legal work status, and an additional 1 million protection from deportation. It would be one of the most wide-reaching executive actions in history.

That has made Republicans furious. The New York Times has a good roundup of the reaction, including quotes from Sens. John Cornyn (“I believe his unilateral action, which is unconstitutional and illegal, will deeply harm our prospects for immigration reform”) and Tom Coburn (“The country’s going to go nuts, because they’re going to see it as a move outside the authority of the president, and it’s going to be a very serious situation”). The spokesman for House Speaker John Boehner has called the president “Emperor Obama,” implying that the executive action is an unlawful decree, and Sen. Ted Cruz said on Fox News that “the president is behaving in an unprecedented way.”

If it’s unprecedented, it’s because of the scope of the executive action, not the executive action itself. For decades, executive orders have been a fairly common tool for U.S. presidents. We looked at data from the American Presidency Project and found that the use of executive orders peaked in the era of the New Deal (FDR set the record) and has been on the decline since. In the past 100 years, Democrats have used them more than Republicans. Here’s every president’s tally per year that he served in office. 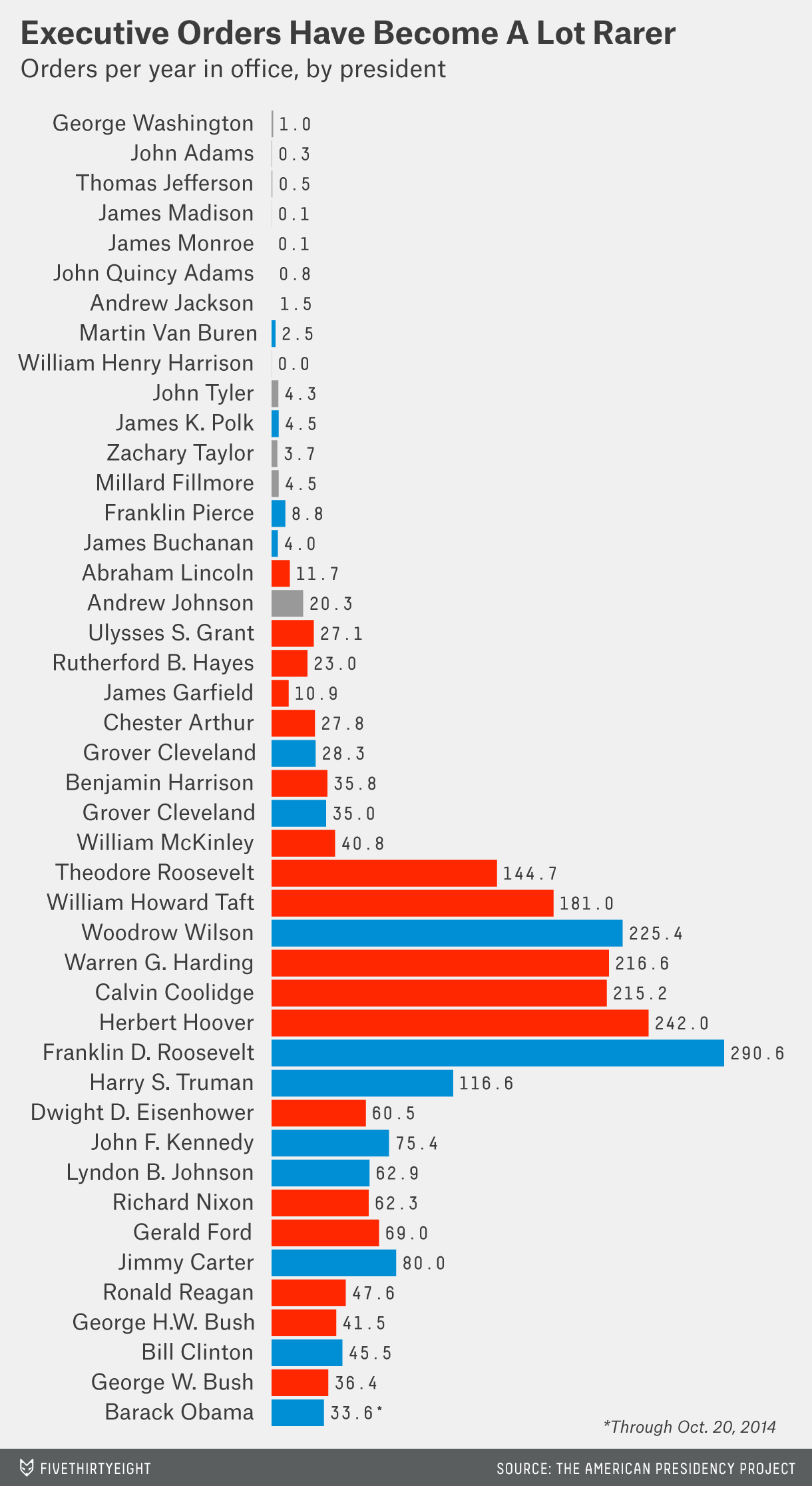 Of the executive orders since 1956 that addressed immigration, the most wide-reaching was President George H.W. Bush’s Family Fairness plan. As Danny Vinik said at the New Republic, conservatives are noting that Bush’s action expanded upon congressional intent, but Obama’s would be in defiance of it.

CORRECTION (Nov. 21, 10:37 a.m.): A headline on an earlier version of this story incorrectly stated that the chart showed every executive action by president, when in fact it shows every executive order.