The right to vote: Legally, very few U.S. citizens are prohibited from voting. But the reality is very different, as this Guardian interactive powerfully demonstrates. The maps show how access to the polls and voter registration requirements vary considerably across the country and, as a result, so does the ease with which Americans can vote. 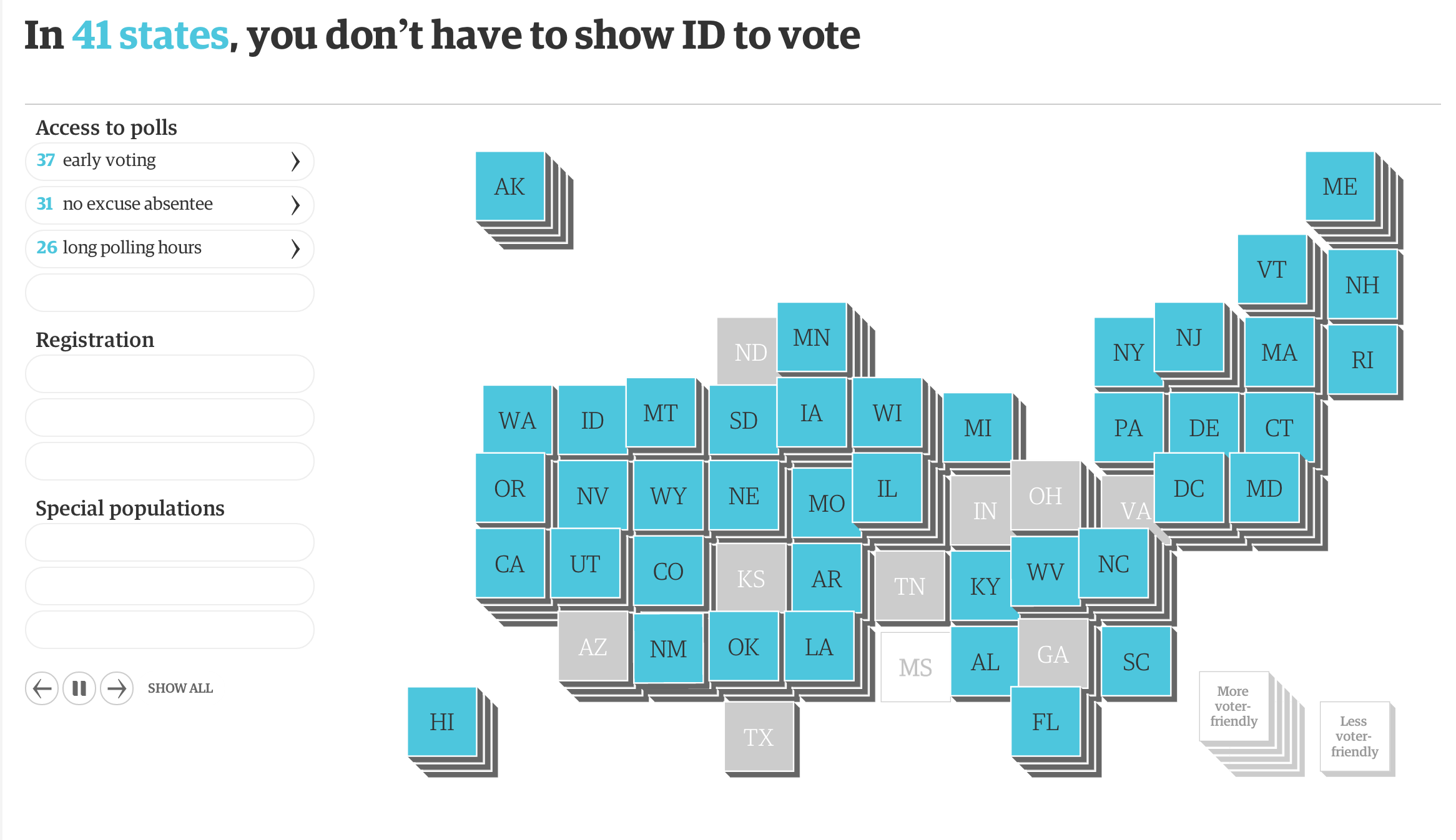 An educational arms race: Wonkblog’s Matt O’Brien examines educational opportunity and American meritocracy. He looks at a paper, published by the Federal Reserve Bank of Boston, that found high school dropouts from rich families were about as likely to stay wealthy as college graduates from poor families were to stay stuck at the bottom.

Alienated Hispanic voters: If congressional Republicans only care about votes, and not the people behind them, then there’s nothing irrational about GOP policies that could alienate Hispanics, according to Nate Cohn at The New York Times. He estimates that Republicans don’t need any support from Hispanic voters in order to keep hold of the House or retake the Senate this November.

Online harassment: A Pew Report released this week included numbers that will probably come as no surprise to anyone with a public online presence — 40 percent of adults have personally experienced online harassment and 73 percent have seen it happen to others. That harassment varies from name-calling to physical threats, and young women are far more likely to report having experienced its more severe forms. Along with their analysis of the responses of 2,849 Web users, the Pew researchers also included quotes provided by the survey respondents that illustrate some of their experiences. It’s those quotes — “Someone made a public post on Facebook criticizing my job performance,” “I was told that someone should rape me which was horrific since it’s one of the things I fear most” — that add crucial insight to the otherwise abstract charts. 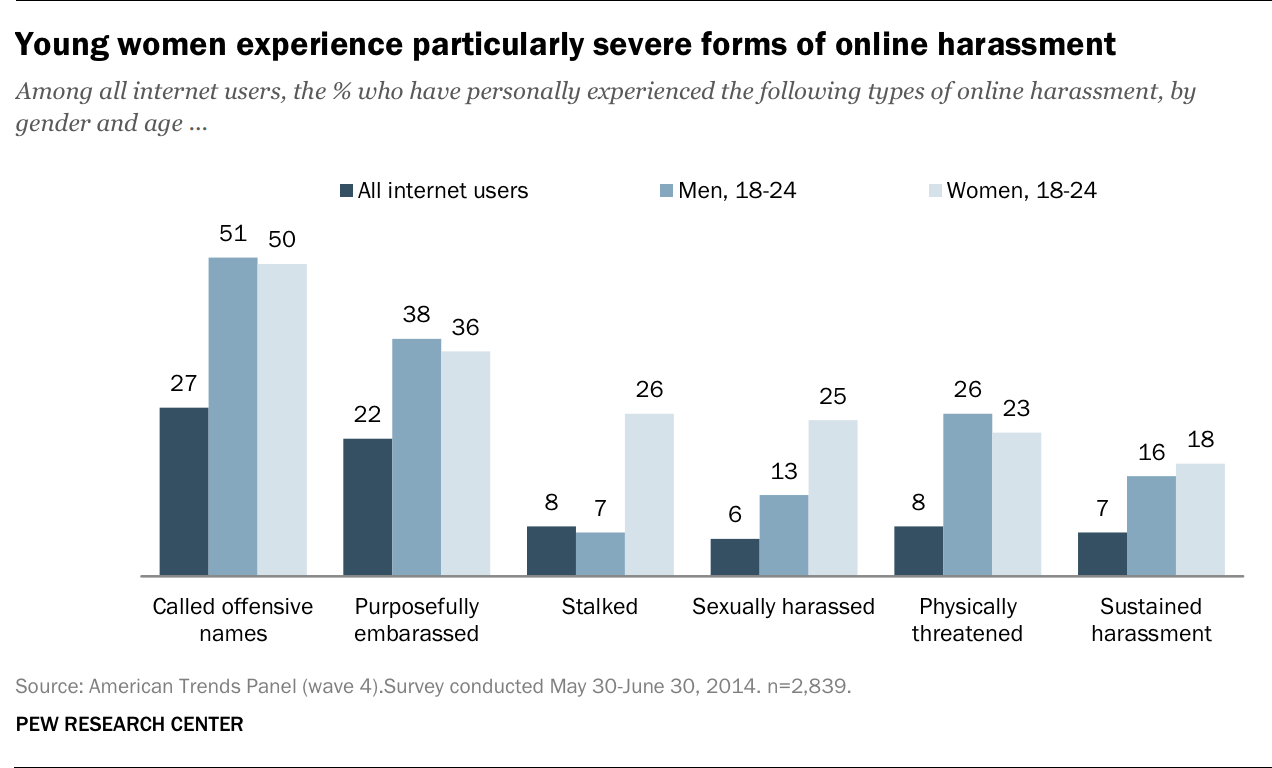 Untouchable Manning: If you thought Denver Broncos quarterback Peyton Manning was extraordinary, this interactive from Gregor Aisch and Kevin Quealy at The New York Times isn’t about to change your mind. Manning, who now has more touchdown passes than anyone else in NFL history, is performing at a pace that means he will likely finish his career ahead of many other great quarterbacks. (My colleague Benjamin Morris also took a closer look this week at how Manning compares.) 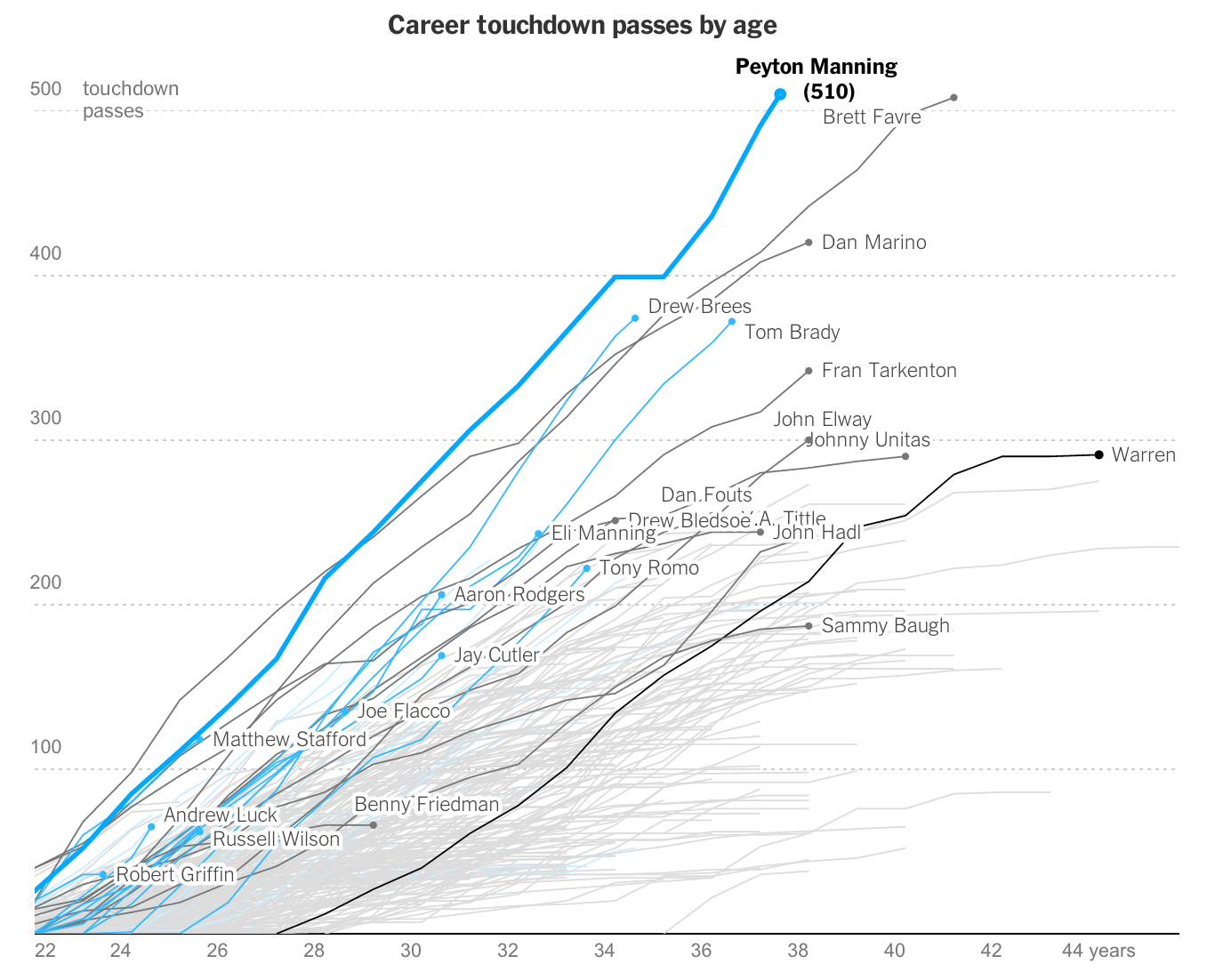