This is “Ctrl + ←,” our weekly data journalism roundup. You’ll find the most-read FiveThirtyEight articles of the past week as well as some other gems we spotted elsewhere on the Internet.

LGBT rights around the world: Where in the world is consensual sex between LGBT adults legal? You can explore this interactive on a country-by-country basis or by looking at specific rights (non-discrimination in the workplace, adoption, marriage and legal protection against hate crimes). The result powerfully conveys just how few rights LGBT people have in many countries. 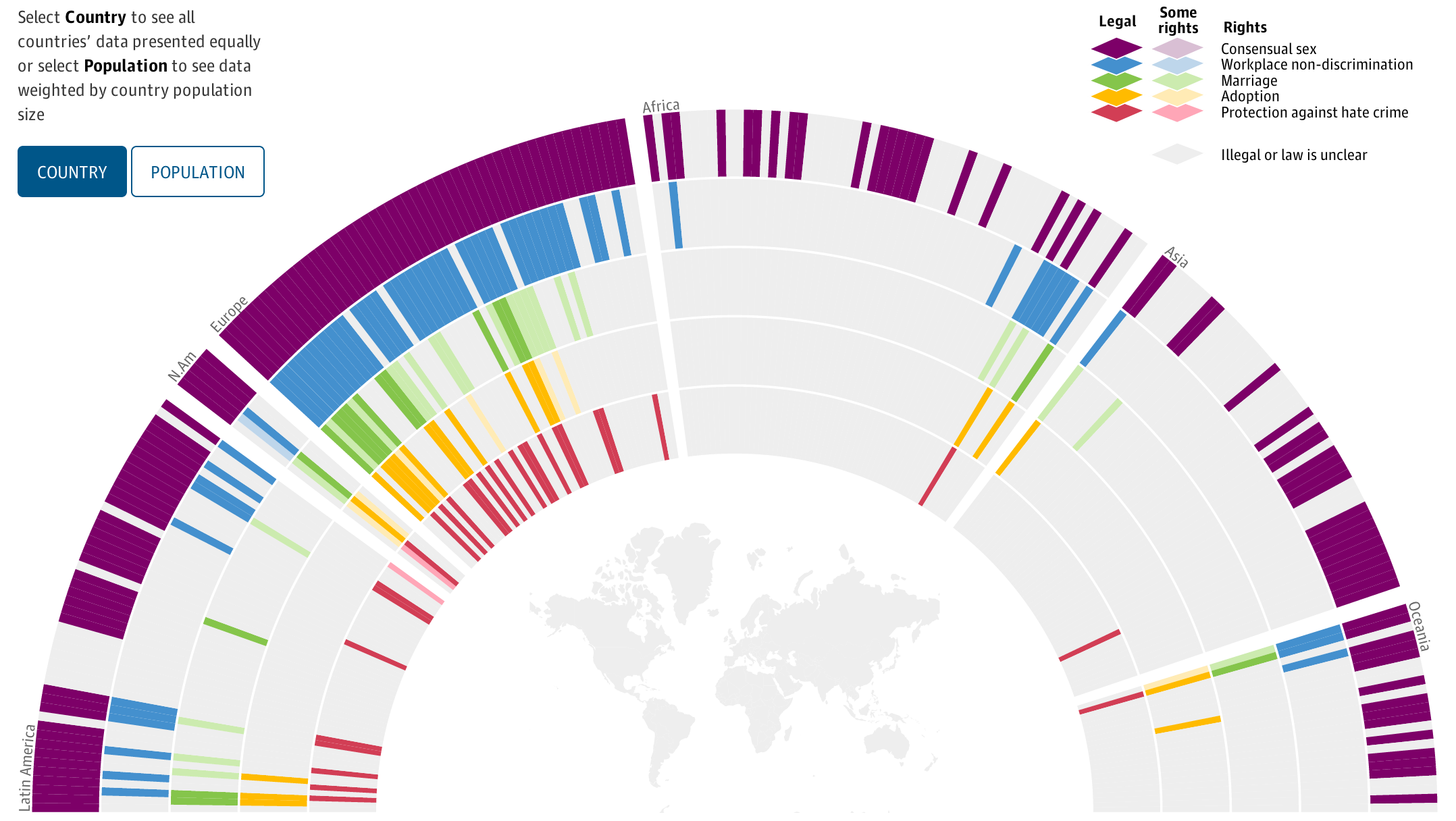 Data? Awkward Silence: The order that people receive information affects how they interpret it. This interactive from New York magazine proved the point beautifully. Rather than merely publish the results of a study on awkwardness, they asked readers to push a button once they thought they’d reached their awkwardness threshold. Try it yourself — you can see whether or not you’re more or less awkward than the people in the study, but only once you’ve tested your own assumptions.

From first to 18th: What would the English Premier League look like if it were more English? The answer to that question is “very different,” as this New York Times interactive shows by re-ranking teams if they could only count goals scored by English players. Watch as Cardiff City soars up the table while Manchester City plummets. 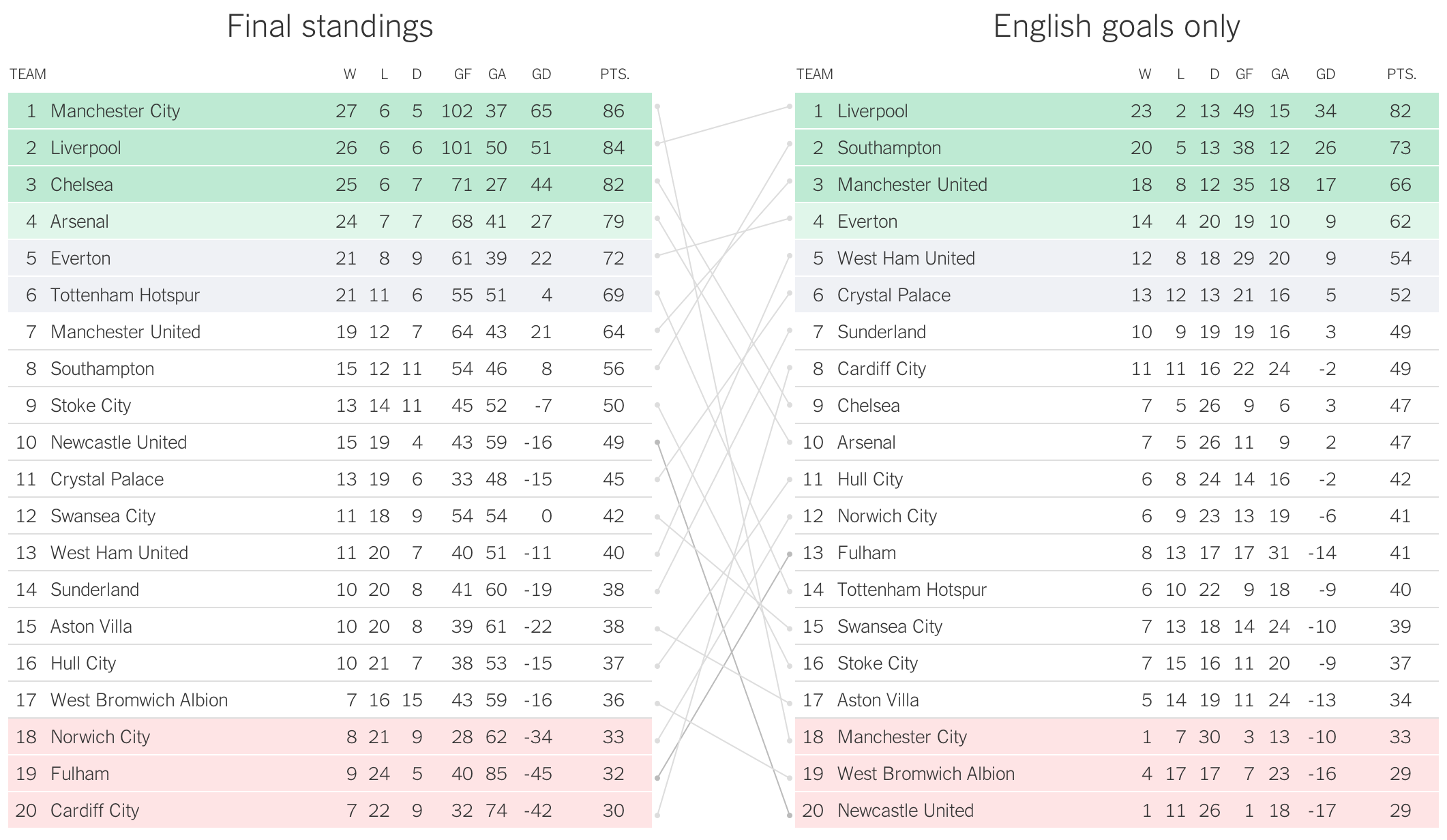 Live data visualization: Despite the size of its population and the importance of its elections, few Western media organizations have really grappled with the details of the Indian national vote. So Quartz’s ability to produce live updates as the results came in was praiseworthy, but the fact they managed to convey various scenarios (seats retained/won/lost etc.) with such simple visualizations was really impressive.

Of mice and female mice: Researchers have been using mostly male mice in their experiments, Vox reports, and that may be skewing results. But the U.S. National Institutes of Health has issued new policies requiring its grant recipients to balance the genders of their mice.