The price of hearts and minds: Research on Pentagon budgets reveals how the U.S. military tried to achieve its goal of “winning hearts and minds” in Afghanistan: with cash. This interactive breaks down how $2 billion was spent on prayer beads, comic books and sweaters. [ProPublica]

Still undercounting: In 2014, Chicago Magazine reported on a variety of techniques used by the Chicago police department to undercount murders in the city — techniques like using the term “unspecified means” to reclassify a death from a homicide to a “noncriminal death investigation.” A year on, the magazine revisits the issue and finds the police department is using new strategies to artificially lower murder numbers. [Chicago Magazine] 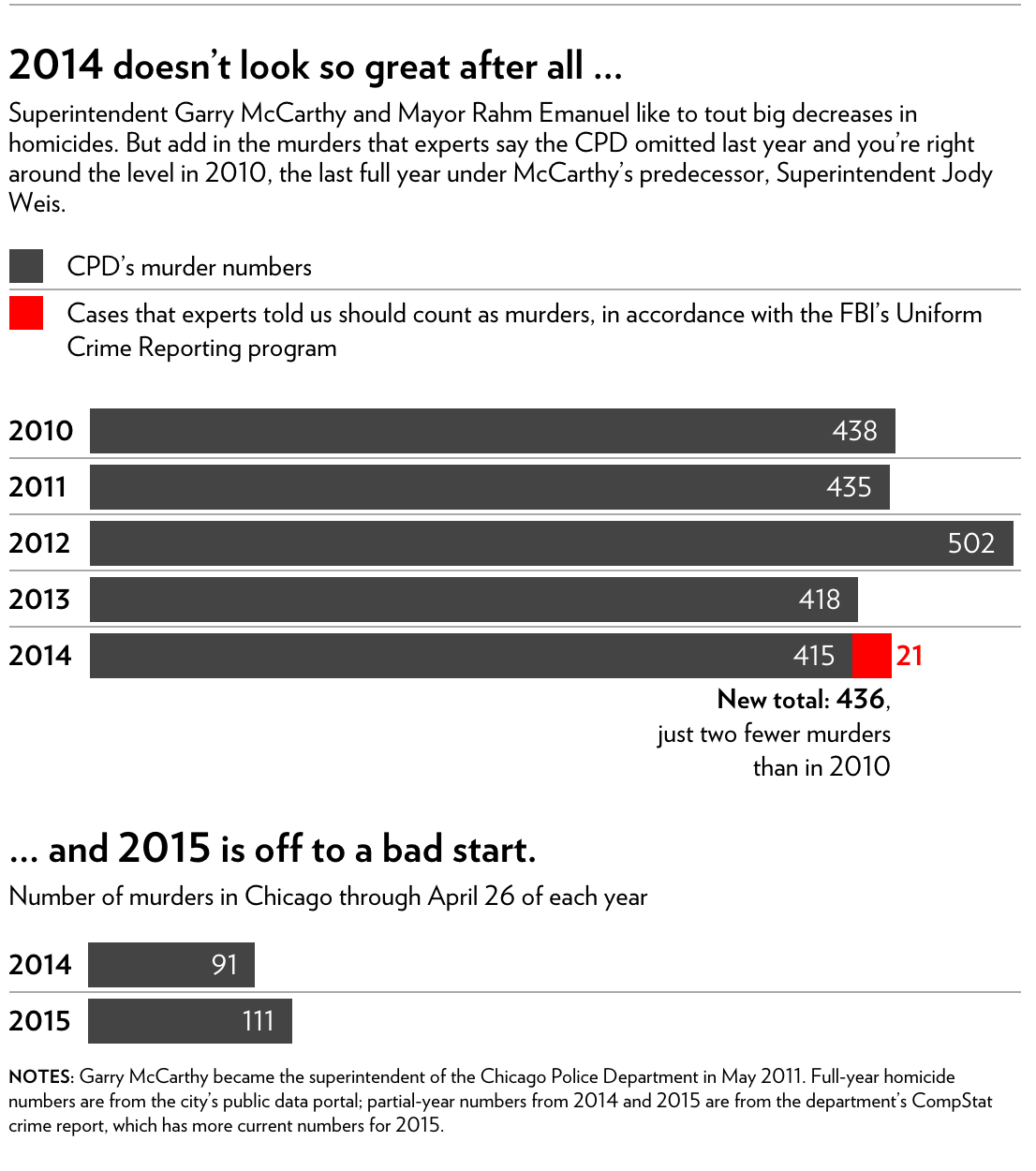 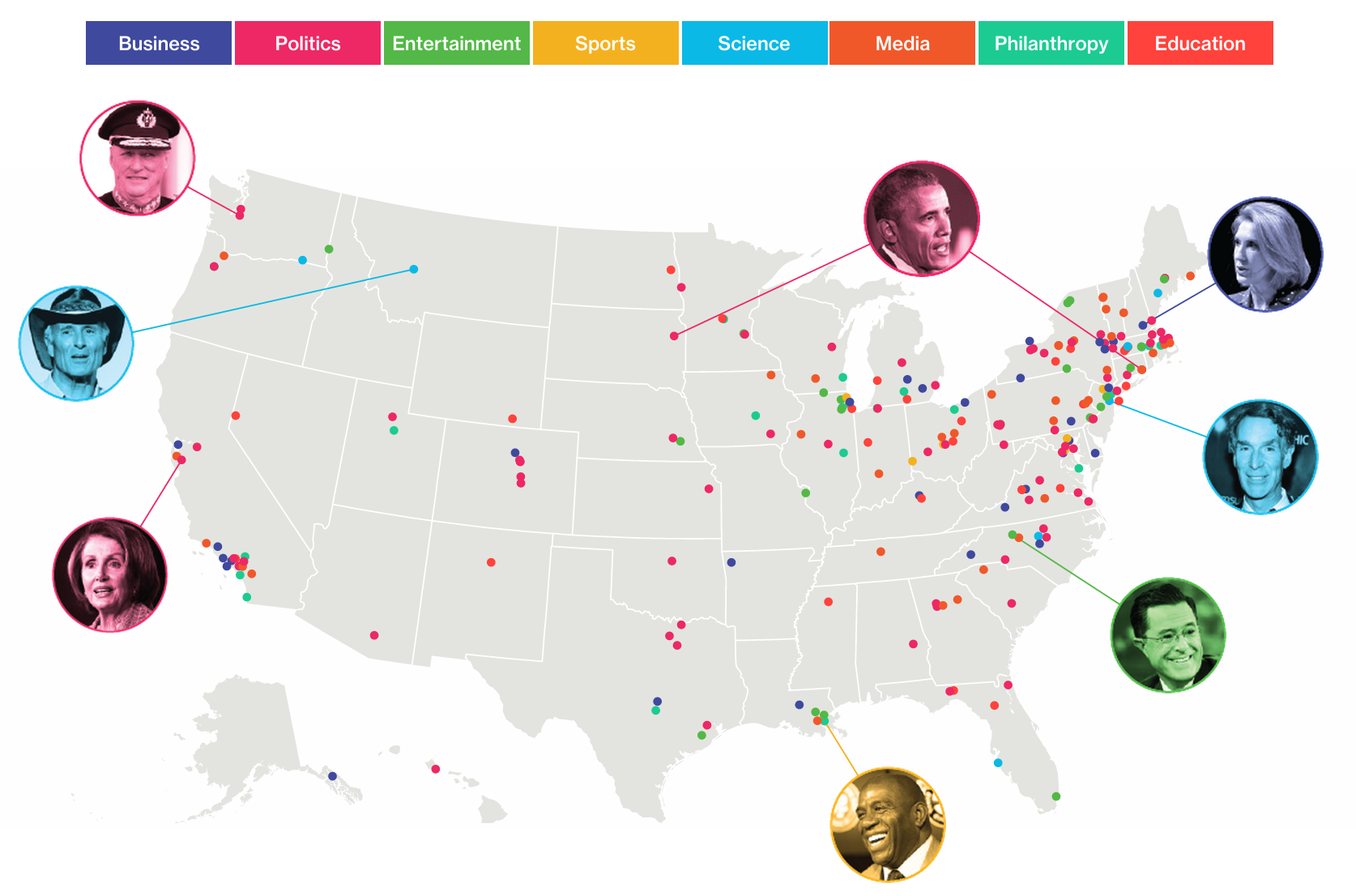 Your typical American Bert was born around 1956: Last May, Nate Silver and Allison McCann wrote about how to tell someone’s age when all you know is his or her name. Randy Olson took that methodology and ran with it, creating this brilliant interactive where you can search any name and chart all the living Americans who have it. [Randy Olson] 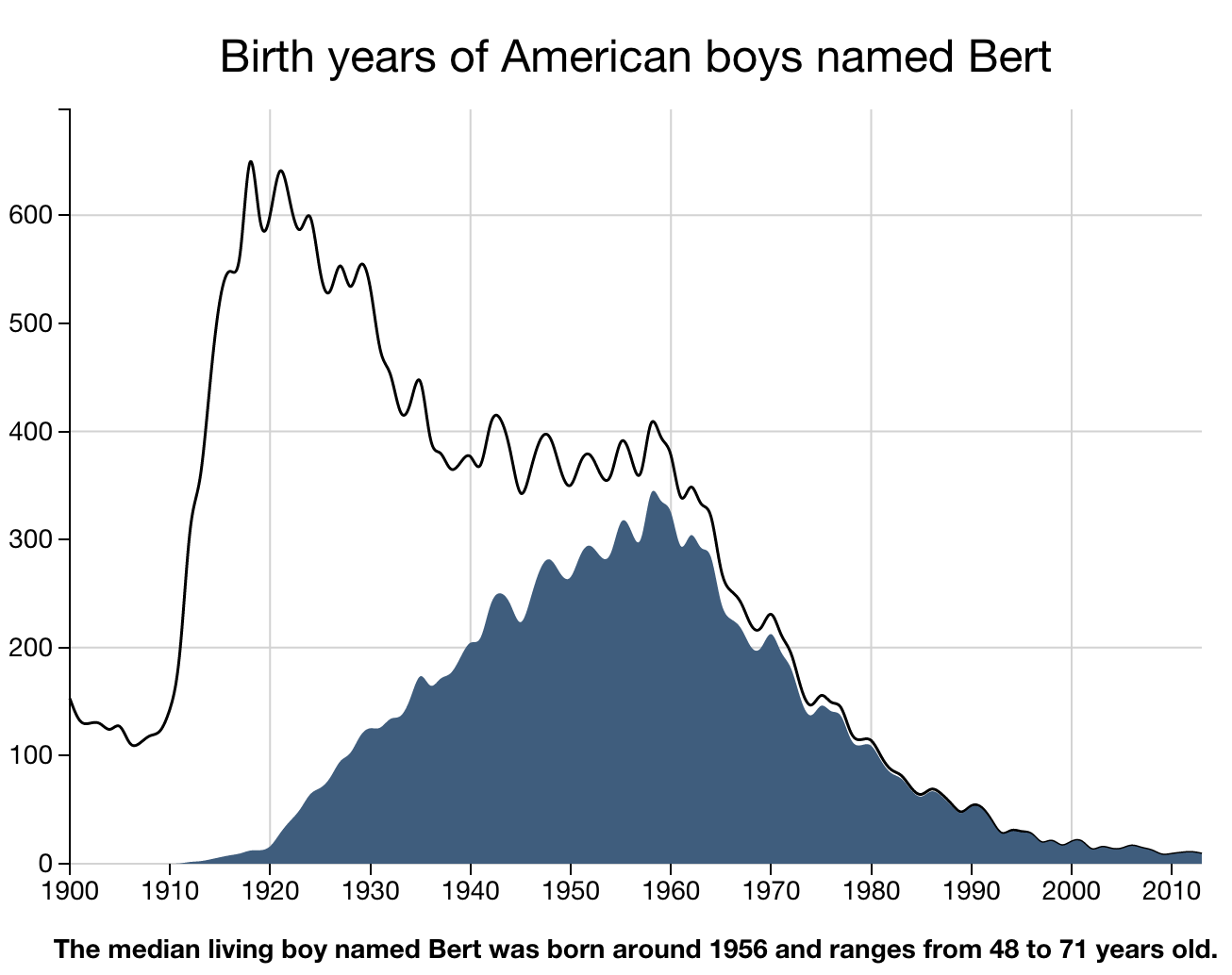 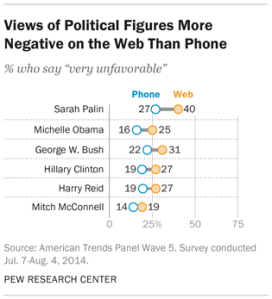 Happiness on the phone vs. happiness online: This look at how survey methodology can affect results is hugely important for pollsters (and skeptical readers). Over the past year, Pew Research Center has been conducting an experiment to see if people answer differently when they aren’t being questioned by another human. Although the variance depended on the topic, Pew found that there was an average difference of 5.5 percentsage points between answers given to 60 questions asked in phone interviews compared to Internet-based surveys. [Pew Research Center]

Wedlock in Washington: You are 12.2 percentage points less likely than the average American to be married by the age of 26 if you grew up in Washington, D.C., according to new data from Harvard economists. There are other factors at play here — including race, income level and even how densely populated an area is — but the national map showing a county-by-county breakdown of marriage likelihood is pretty interesting. [The Upshot] 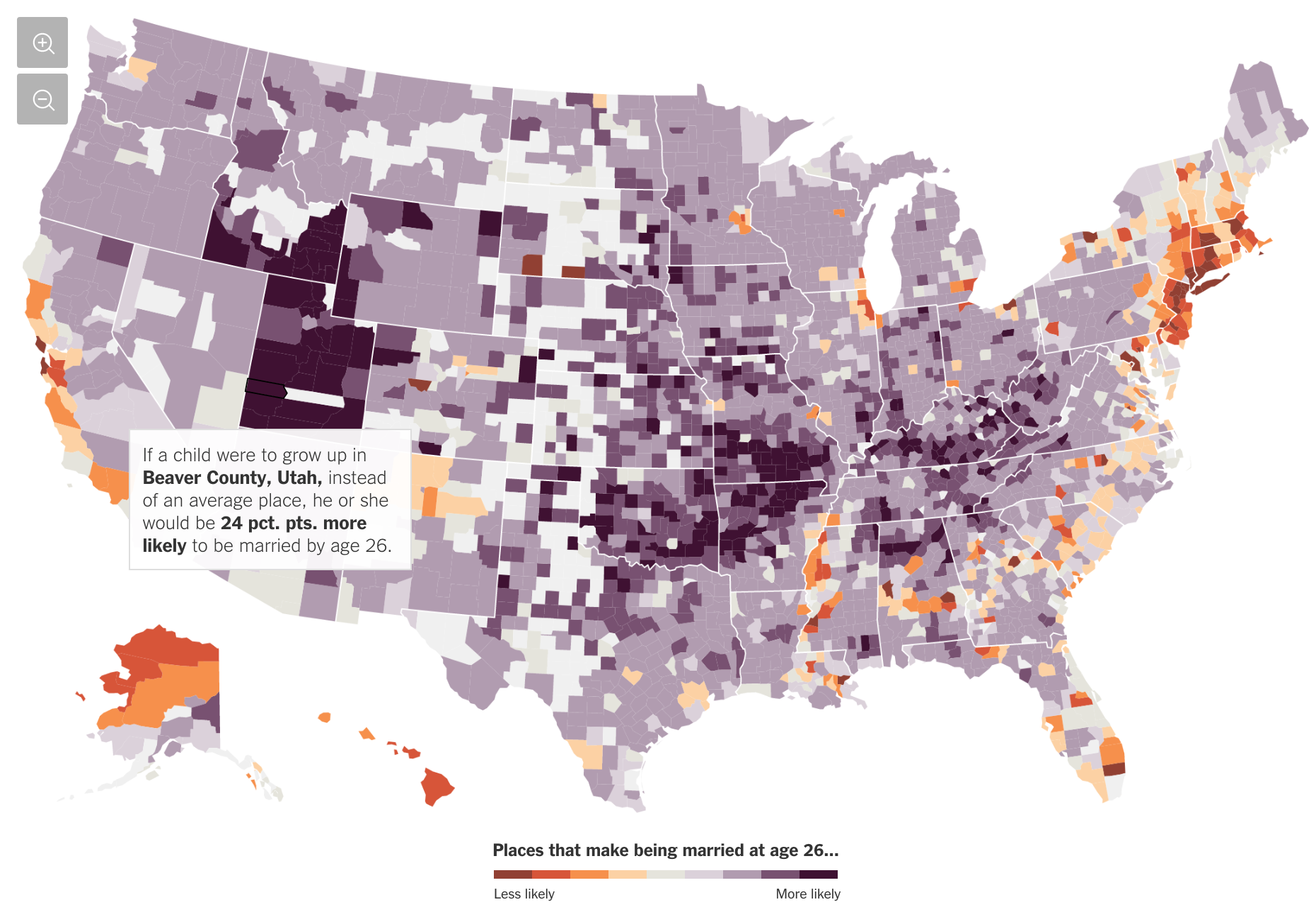 Tourist hotspots: Here’s a different way of avoiding the tourist crowds: Look at where they’re taking pictures. Photographer Eric Fischer created these city maps — more than 100 in all — using geotagged photos from Flickr and Picasa to identify locals (blue) and foreigners (red). Fischer’s maps were featured at the Museum of Modern Art in New York in 2010, and I spotted his work this week when it was posted on Reddit. [Eric Fischer] 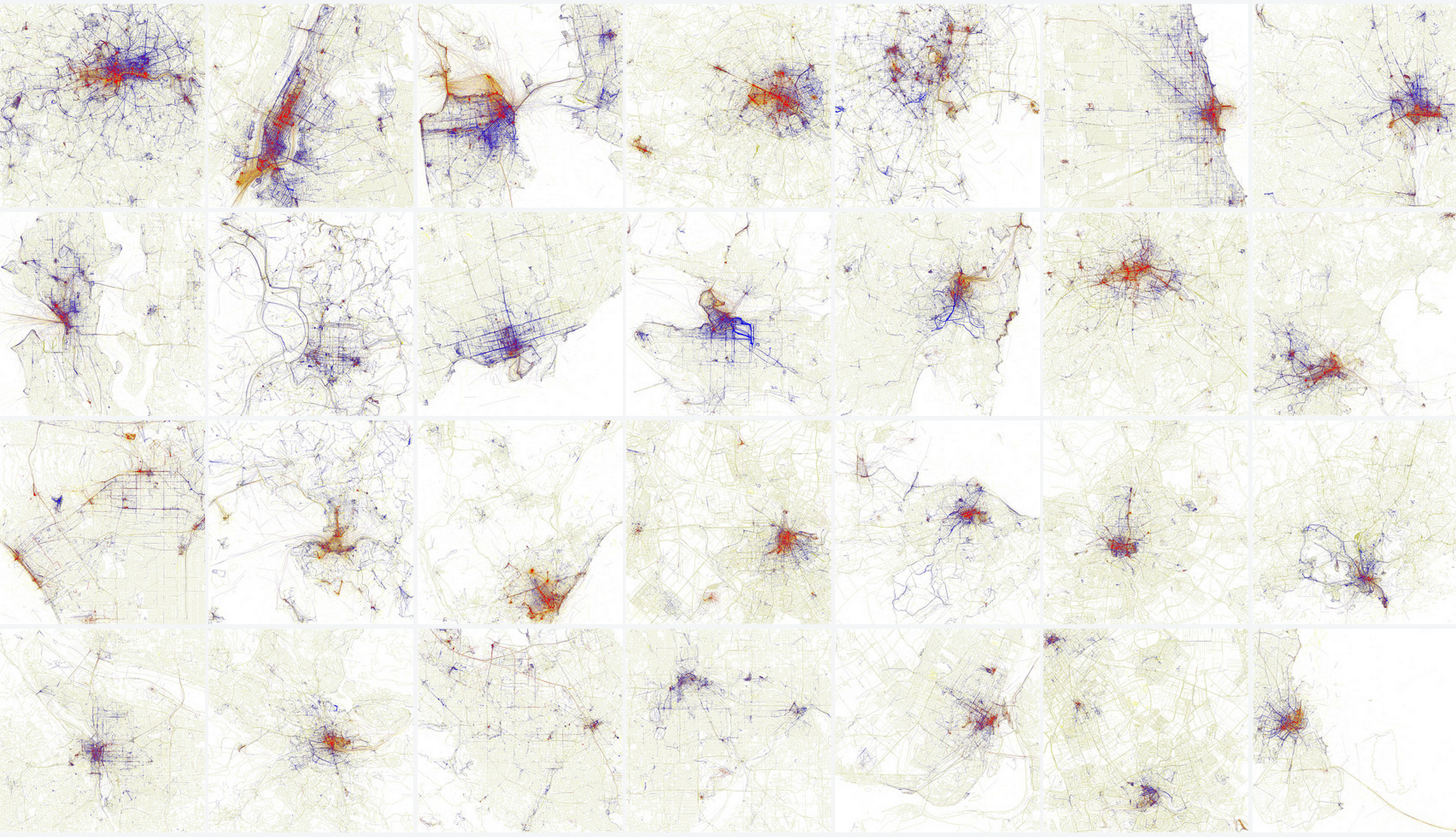