Execution mapped: After Nebraska outlawed the death penalty this week, NPR put together this simple but clear series of maps to show where the death penalty still exists in the United States — and where which methods of execution are legal. [NPR]

… And in historical perspective: Still on the topic of the death penalty, this interactive allows you to compare how methods of execution in the U.S. have changed since 1700. [TIME] 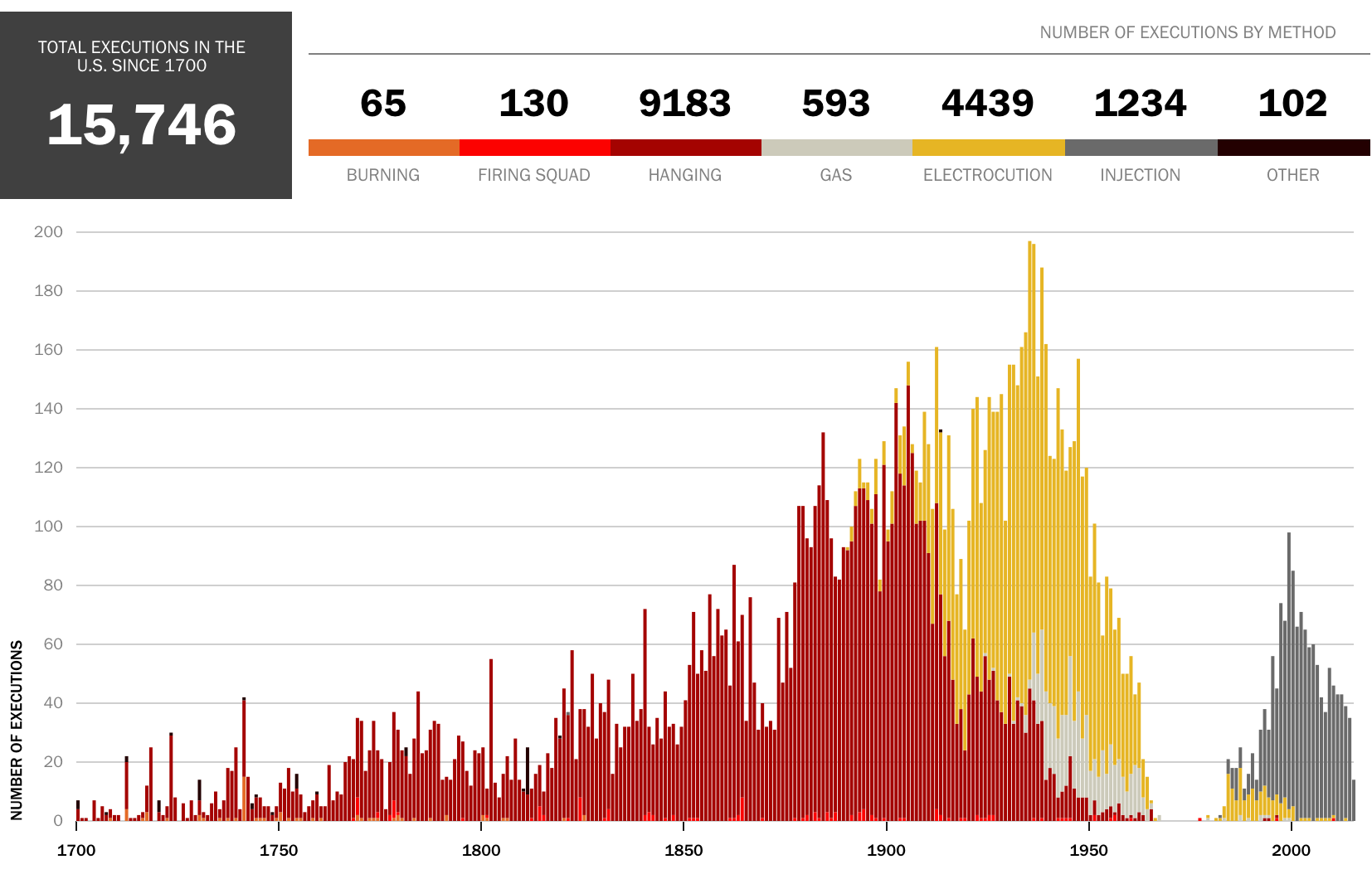 Guessing game: Before finding out how family income affects the probability a U.S. child will attend college, this interactive lets you take a guess by drawing a line chart. Once you’re done, you can compare your answer to thousands of other readers’ guesses before getting the explanation for why the chart looks the way it does. [The New York Times] 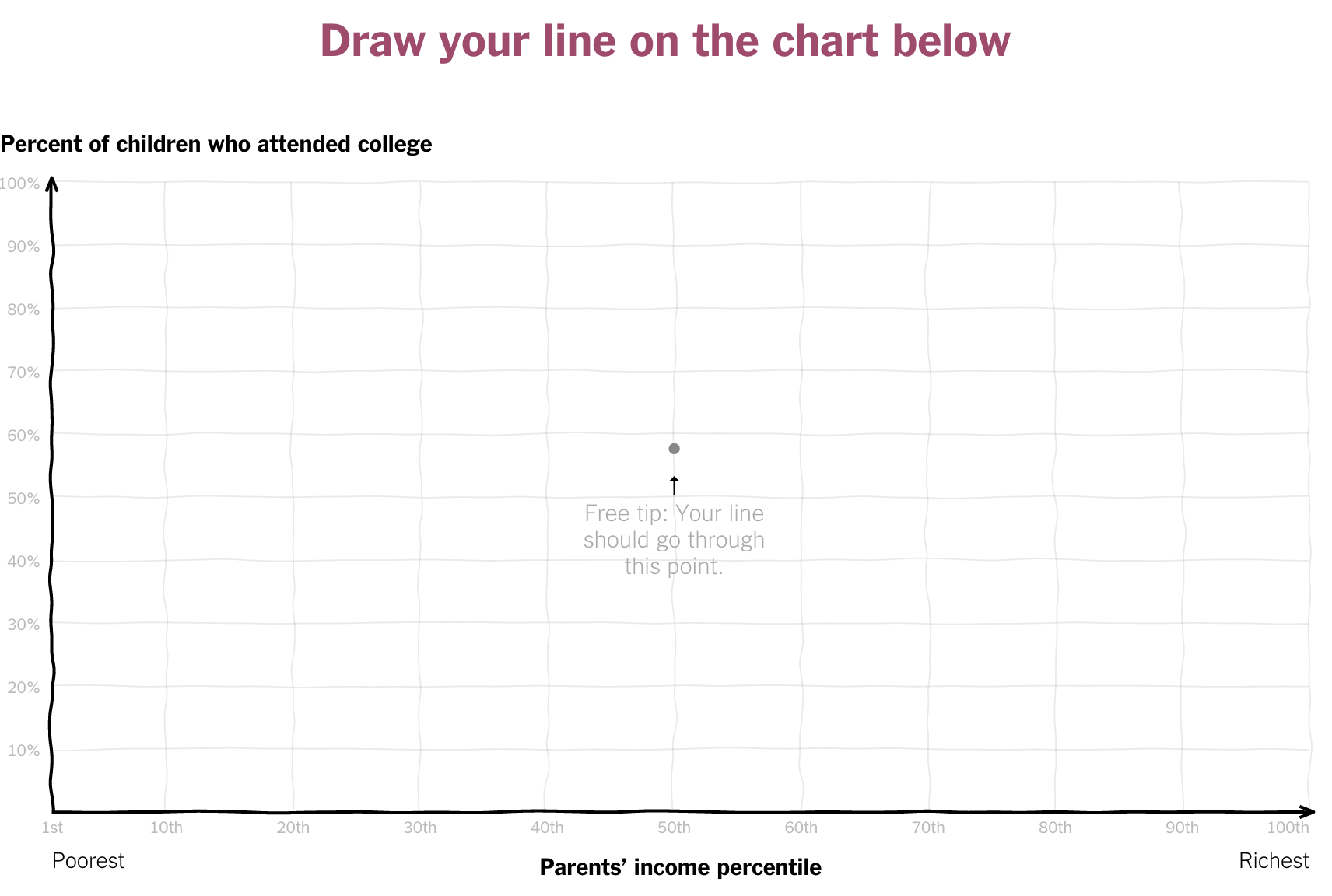 128 unread messages: For the past three years, Mark Wilson has been keeping track of his email inbox — the number of message threads, how long messages go unaddressed and time spent checking mail. He published the results of his experiment earlier this month, and discovered just how closely his inbox numbers were related to his stress levels. [Mark Wilson]

FIFA and migrant-worker deaths: This week, FIFA, the governing body of international soccer, has been rocked by fresh allegations of corruption. Christopher Ingraham looked at the death toll among workers in countries where major international sports events have been held, including Qatar, the planned host nation of the 2022 World Cup. If current trends continue, it’s estimated that 4,000 workers will die in Qatar by 2022. [The Washington Post] A long and costly wait: New laws in several U.S. states mean that a woman seeking an abortion must wait longer between counseling and the procedure. That forced delay isn’t just a potential source of anxiety for many women, it can also be expensive. [The Atlantic] 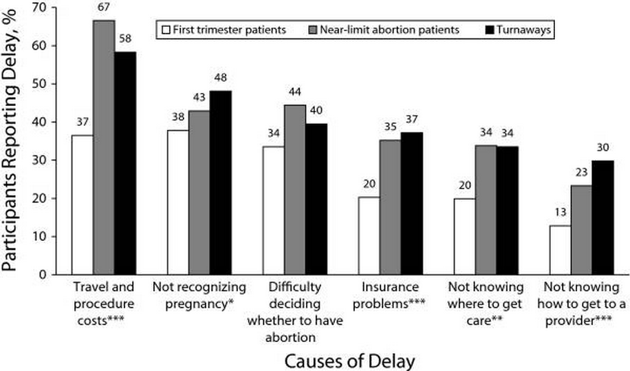 Imagining income: Researchers who wanted find out how much citizens know about inequality presented respondents with five diagrams of different income distributions and asked them which diagram best illustrated their country. It turns out that Americans aren’t so bad at knowing what U.S. inequality looks like. But as Josh Zumbrun explains in the Wall Street Journal, the study was limited because it used such a simplistic methodology. Other ways of testing people’s knowledge of inequality include asking about CEO salaries or asking about the poverty threshold. [Wall Street Journal]

The west’s water crisis: This story, the first in a five-part investigation about the Colorado River, looks at federal spending on irrigating farmland in Arizona. Vast federal subsidies are attempting to sustain cotton farming in the state, but it’s not clear the money is being well spent. The accompanying interactive allows you to explore the Colorado River for yourself. [ProPublica]