Terror on the high seas: You could drown. You could catch norovirus (which will give you diarrhea and make you vomit). You could get drunk, slip, fall and break your leg. Or, maybe you’ll just get robbed. Welcome to the wonderful world of cruise ship health and safety data, beautifully laid out by ProPublica’s Lena Groeger. [ProPublica] 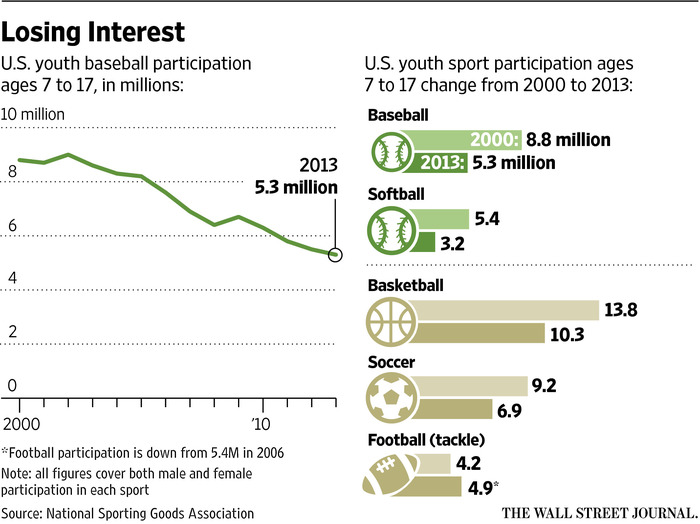 Even if you build it, maybe they won’t come: Is America’s past time past its time? There were 3.5 million fewer Americans between 7 and 17 years old playing baseball in 2013 than in 2000. Baseball’s commissioner, Rob Manfred, is concerned: “The biggest predictor of fan avidity as an adult is whether you played the game,” he said. Can baseball get young people interested before the game fades into obscurity? [The Wall Street Journal]

Hungry? You’re making the earth thirsty: The climate would be so perfect if we could only just stop eating. That’s one of the takeaways from this guilt-inducing New York Times visualization of how much water it takes to make various scraps of food produced in California. Snacking on some grapes? You’re also snacking on the 24 gallons of water they came from. Toss a few mandarins in your bag to keep you energized during the work day? 42.5 gallons. Your family of four feasting on milk and cookies after dinner? Those four glasses of milk took 143 gallons of water to get made. [The New York Times] 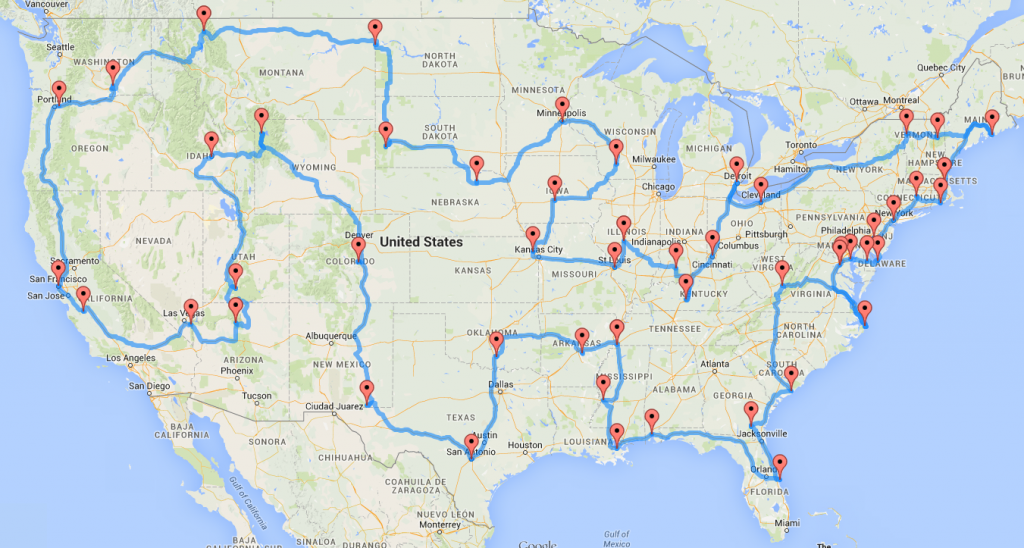 How “Where’s Waldo?” inspired the optimal road trip: Earlier this year, Randal S. Olson, a postdoctoral researcher at the University of Pennsylvania, used an optimization algorithm to figure out the most efficient way to search for that guy in the red and white stripes and puff-topped beanie in the “Where’s Waldo?” books. Well, the same technique can be used to put together the best route to visit a cool national landmark in each of the 48 states in the contiguous U.S. [Randal S. Olson]