The first two rounds of the NBA playoffs were relatively shaky for the Atlanta Hawks. After winning 60 games and posting a +4.8 Simple Rating System (SRS) score during the regular season, the Hawks have played at only a +2.7 SRS level in the playoffs,1 having been taken to six games by both the Washington Wizards (+0.2 regular-season SRS) and Brooklyn Nets (-3.1) despite holding home-court advantage in each series.

And now the real test begins: Atlanta’s first Eastern Conference finals berth ever.2 Waiting for the Hawks are the Cleveland Cavaliers, the second-biggest overachievers of the playoffs thus far, according to SRS. Despite the Hawks’ home-court edge, our power ratings set the Cavaliers’ odds of winning the series at 63 percent, and the Vegas sportsbooks concur, setting Cleveland as roughly 67 percent favorites in the series.

Much of the difference in talent between the two teams boils down to one simple fact: The Cavaliers have LeBron James, and the Hawks do not. According to the latest update of ESPN’s Real Plus-Minus ratings,3 James has inched past Stephen Curry as the most effective player in the NBA right now.

But maybe the math is even simpler than that.

At the most elemental level of analysis, a James-led team hasn’t lost before the NBA Finals since 2010. James has won five conference finals in six tries. And, most notably, he is arguably the best conference finals performer the league has seen since 1985 (the first year for which Basketball-Reference.com has complete playoff game logs and — coincidentally — Michael Jordan’s rookie season). James has been mostly stellar in every round of the playoffs, but in this particular stage, the only peer James has is Jordan himself.

This is apparent using the single-game version of Daniel Myers’s Box Plus/Minus (BPM), which is one of (if not the) best box-score metrics4 available to the public because of its ability to predict team performance in pseudo out-of-sample tests. Using BPM, with adjustments for the level of competition faced, home-court advantage and the leverage of each game, we can measure how many points above replacement were contributed by every player to appear in each round since 1985. 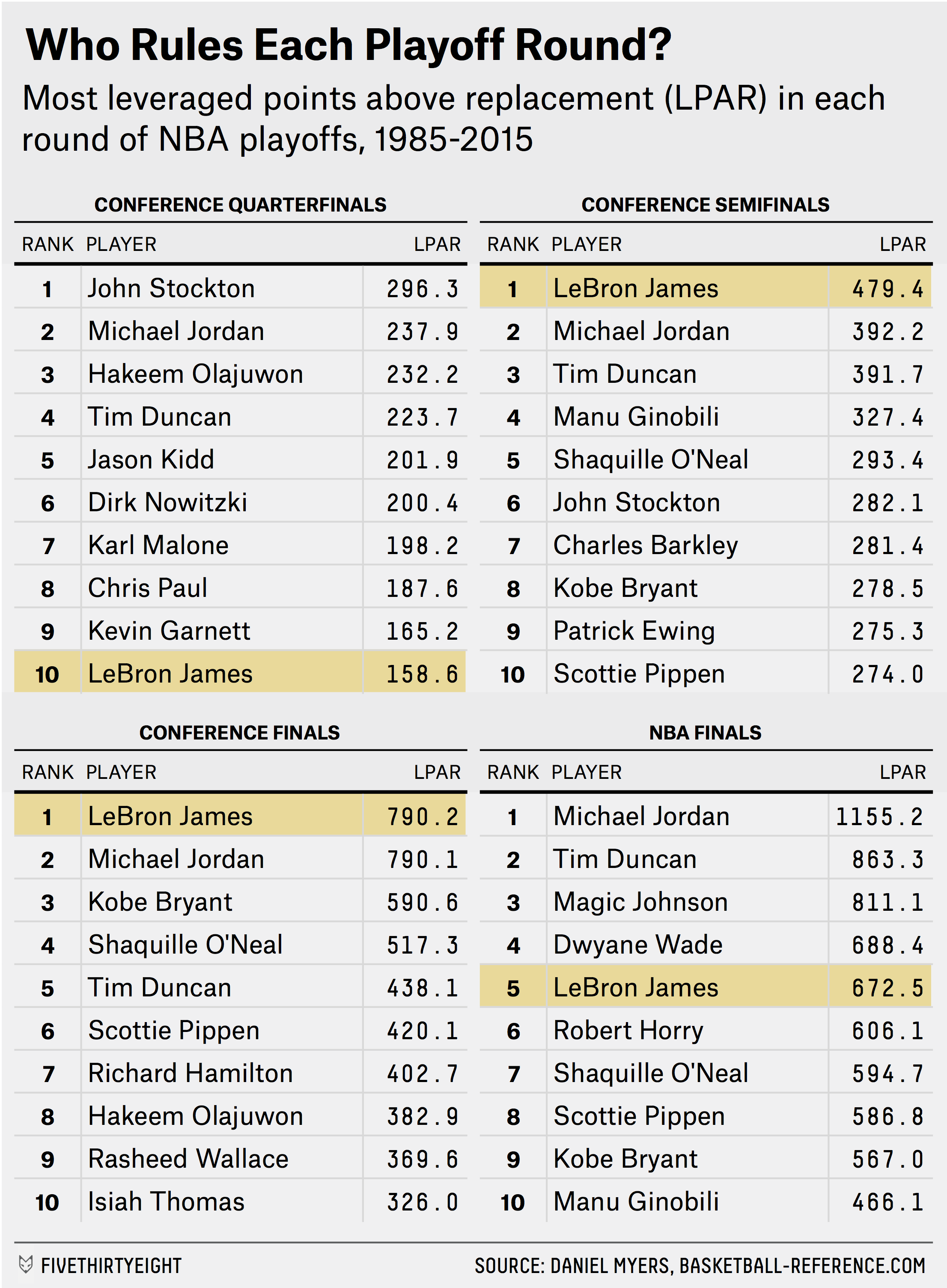 And here’s a closer look at just the conference finals, where James has shined his brightest: 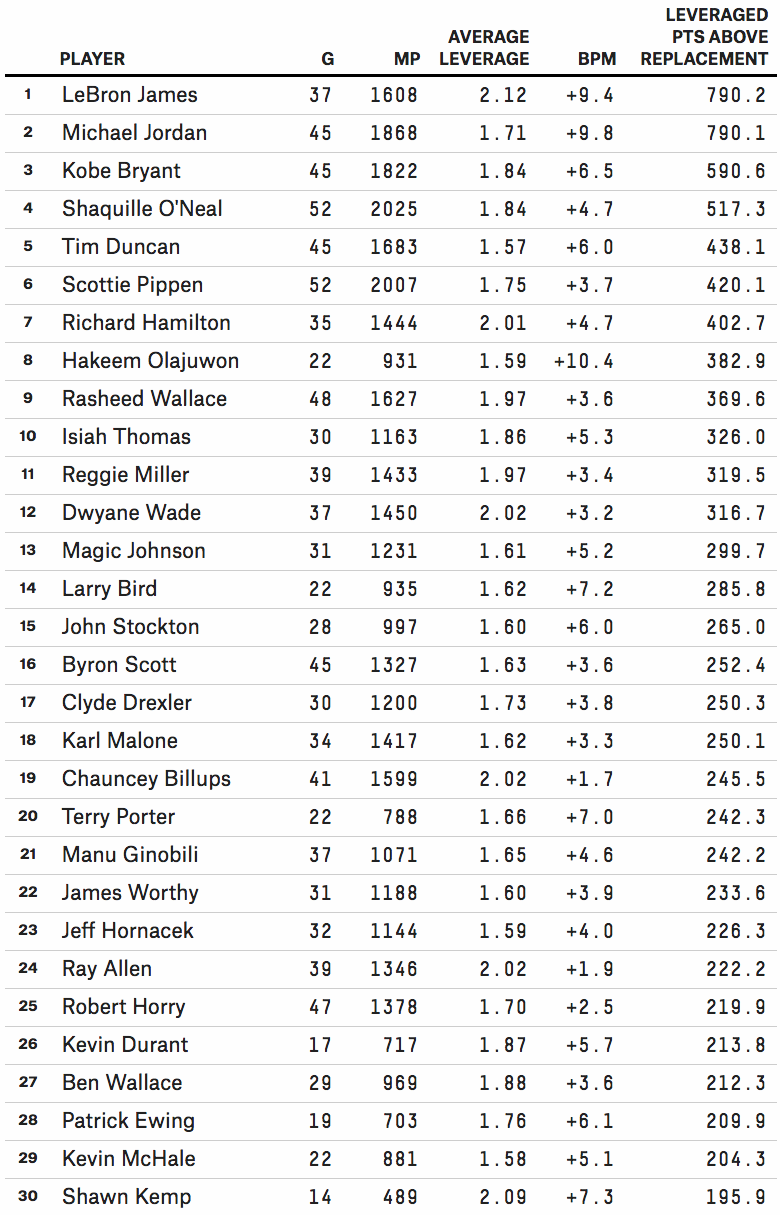 James and Jordan, separated by a mere 0.1 units of leverage-adjusted points above replacement, are probably interchangeable picks for the No. 1 conference finals players in that span.

Jordan was marginally more effective on a per-minute basis, although James has played more crucial minutes from the perspective of championship probability added. James has shot more efficiently, rebounded with greater frequency and blocked more shots; Jordan was the superior passer and ballhandler (while taking on a slightly greater offensive role) and recorded more steals. James’s teams have played better offensively; Jordan’s were better on defense. The choice might be more a matter of preference in playing style than anything else.

But beyond those two, few have any legitimate claim to the modern conference final crown. Only Hakeem Olajuwon, whose +10.4 leverage-weighted BPM was higher than either His Airness or The King, might have a serious case. Yet Olajuwon also played fewer than half as many minutes as Jordan in his conference finals career, a gap that widens still when leverage is accounted for.

That’s why, when it comes to accumulating big performances in crucial conference final games over the course of many seasons, Jordan and James tower over the rest. And unfortunately for Atlanta, the latter is a force with which the Hawks will have to reckon if they want to advance to the NBA Finals.