Men who don’t work: The New York Times took a look at the rising trend of men without jobs. Statistics show that the number of men between the ages of 25 and 54 who don’t work has tripled since the 1960s — and a disproportionate amount of that growth in joblesness has happened since 2000. Why the sudden rise? Changes in the way things like education, disability and retirement affect our lives (and men’s lives, specifically) are the main culprit, the Times found. 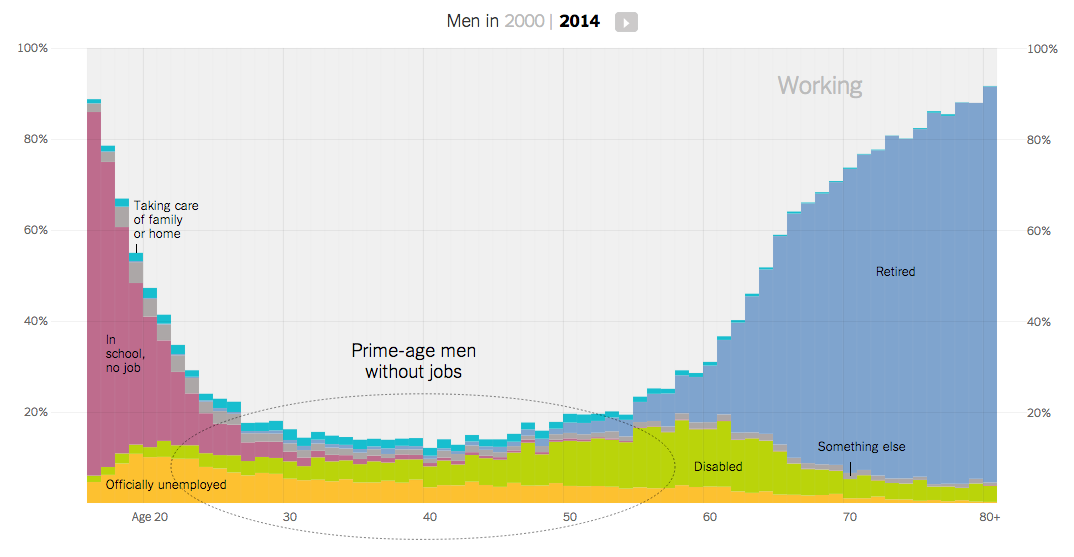 Police killings: Visual journalist David Mendoza charted data provided by the Wall Street Journal that shows the vast discrepancies between the number of police killings government agencies record and the number they report to the FBI. Most of these agencies don’t report any killings to the FBI, but some report more killings to the FBI than they record themselves — once again highlighting the fact that we have no idea how many people are killed by police each year.

Ferguson and school segregation: Michael Brown beat the odds in St. Louis County by graduating from high school, ProPublica reports. A long history of enforced housing segregation in the region has had lasting effects that are still felt today in the form of de facto school segregation. The differences in accreditation status, four-year graduation rate, average teacher salary, average spending per pupil, percentage of core classes taught by “highly qualified” teachers, and composite ACT scores between two districts just 5 miles apart — one predominantly white and one predominantly black — are staggering. 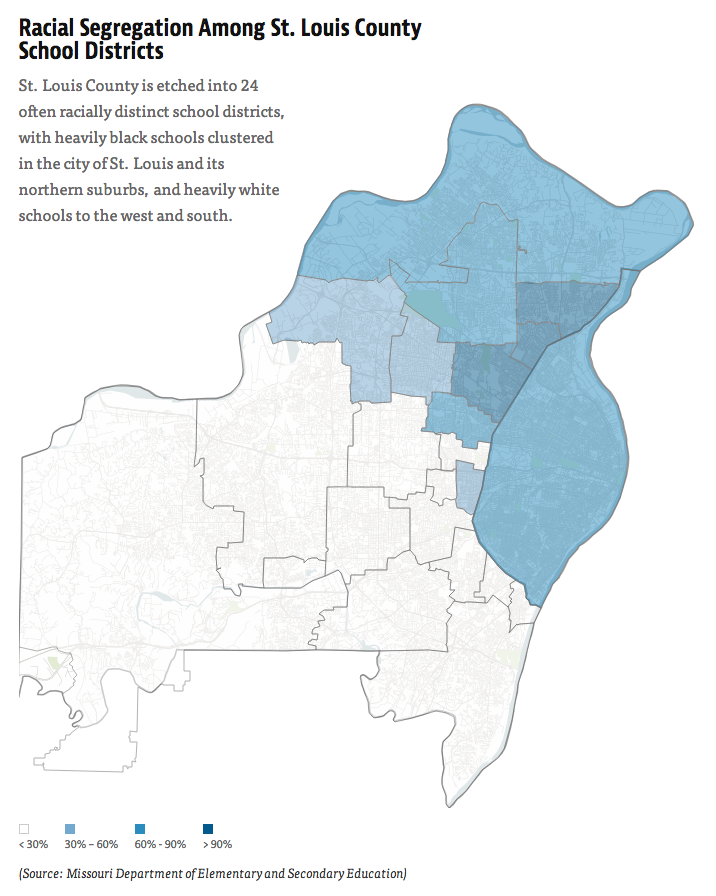 The death of the Phillies: Over at The Hardball Times, Matt Swartz took a look at what exactly has been causing Philadelphia’s fall from baseball grace in recent years. The decision to extend first baseman Ryan Howard’s contract in 2011 was met with a lot of flak, but as Swartz explains in depth, the Phillies’ problems are more complicated. That doesn’t mean, however, that there isn’t a simple solution: General Manager Ruben Amaro Jr.’s anti-stats philosophy — “when it comes to scouting heart and head, you can’t do it with sabermetrics” — seems to be holding the team back.

Gentrification: CityLab explored a paper on how we discuss gentrification released earlier this month. Sociologist Michael Barton took The New York Times to task for the differences between how the newspaper defines gentrification in New York City and how researchers define it. The accepted measures of the phenomenon in the academic sphere highlight the biases of the Times (which are most likely shared by other journalistic outlets) — namely, an overeagerness to call areas of Manhattan and northern Brooklyn “gentrified,” and an ignorance of deeper Brooklyn and the Bronx. 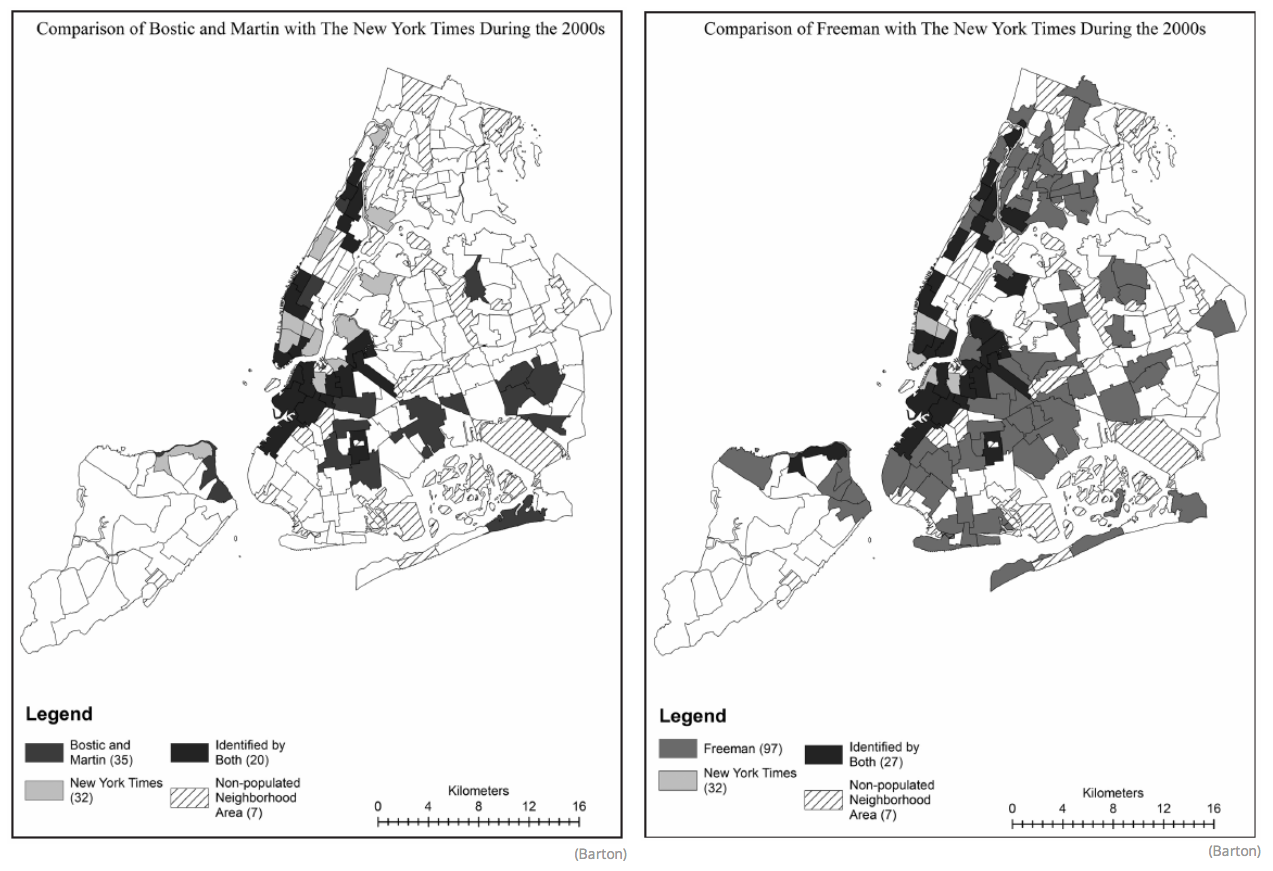 Religiosity in Egypt: The Guardian’s Patrick Kingsley took a look at the official numbers of resident atheists recorded by government clerics in Middle Eastern countries — focusing on Egypt specifically, but also citing Morocco and Yemen. Egypt supposedly has just 866 atheists; Morocco and Yemen are said to have 325 and 32, respectively. Self-proclaimed secularists and atheists in these countries laugh off these precise numbers, saying their governments are in denial of the steady rise of atheism.

Love Ctrl + ←? There’s now a newsletter that’ll bring it to your inbox. Sign up here.