So what’s wrong with George Pataki, the former governor of New York? Why shouldn’t he run for the 2016 GOP presidential nomination? Martin O’Malley, who’s hoping to win the prize for
“presidential candidate most likely to put the sleeping pill industry out of business” might not like the competition. There’s also the fact that Pataki hasn’t been part of the political conversation since “Friends” ended.

But even if neither of those things was true, Pataki, who’s announcing his White House bid Thursday, has one huge problem: Ideologically, he’s an old-school Republican (i.e., liberal) running in a modern GOP (i.e., very conservative). He is more moderate than any recent Republican nominee and is the most moderate candidate in the 2016 Republican field, according to our aggregated ideological scores.1 Pataki is, among other things, in favor of abortion rights. He’s somewhat of an environmentalist. 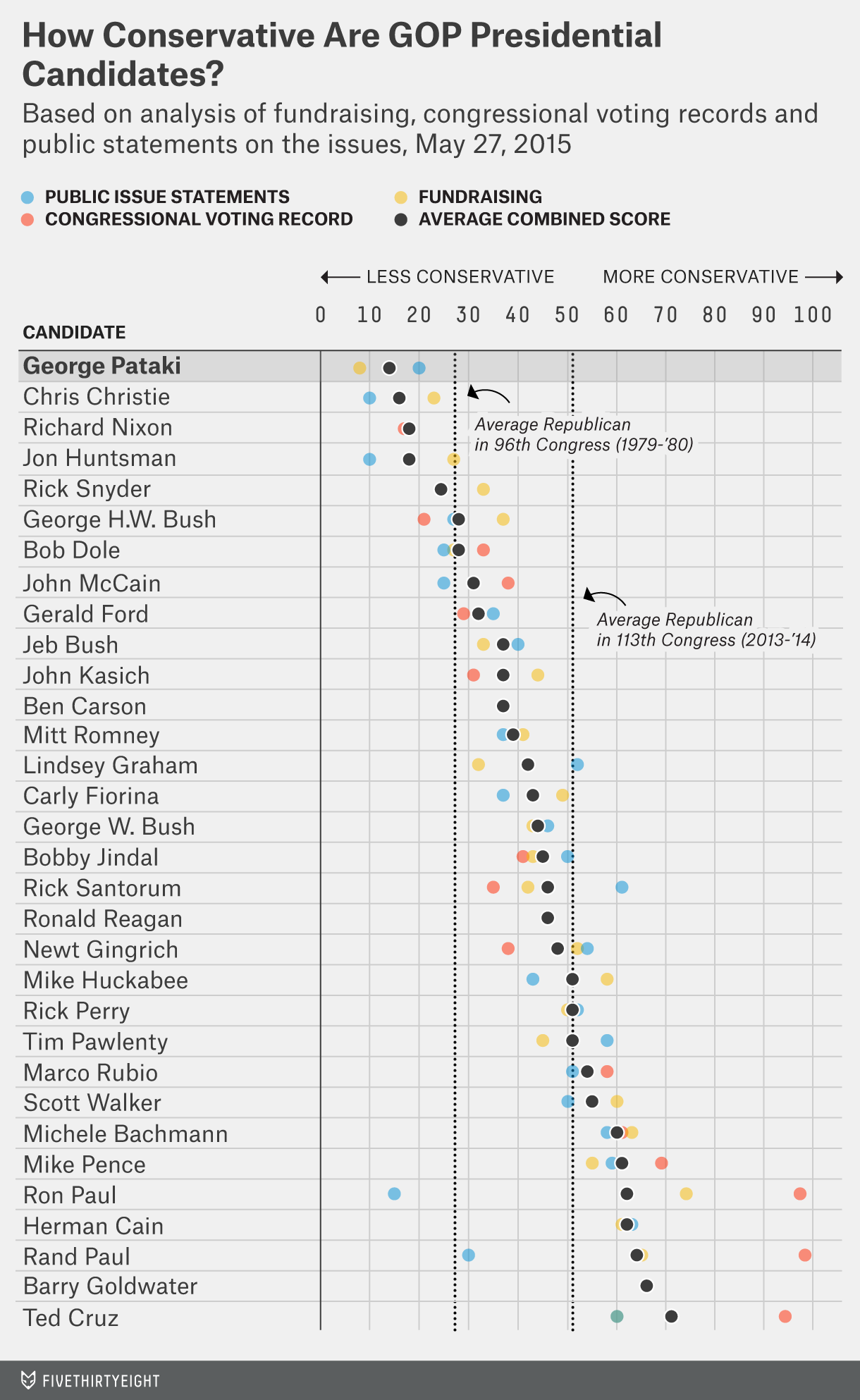 (Barely) to the left of New Jersey Gov. Chris Christie, whose candidacy is all but dead, is not the place you want to be given that a plurality of Republicans believe Christie is not conservative enough.

Pataki’s ideological score looks more like Richard Nixon’s, and Pataki would probably have had better luck running to replace Nixon rather than President Obama.

According to the General Social Survey, 57 percent of Republicans identified as moderate or liberal in 1974. Since then, that figure has steadily declined to 43 percent in 1994 (when Pataki won the governorship of New York) to only 35 percent in 2014. That’s large enough to be part of a winning coalition in a primary, but not enough to win. 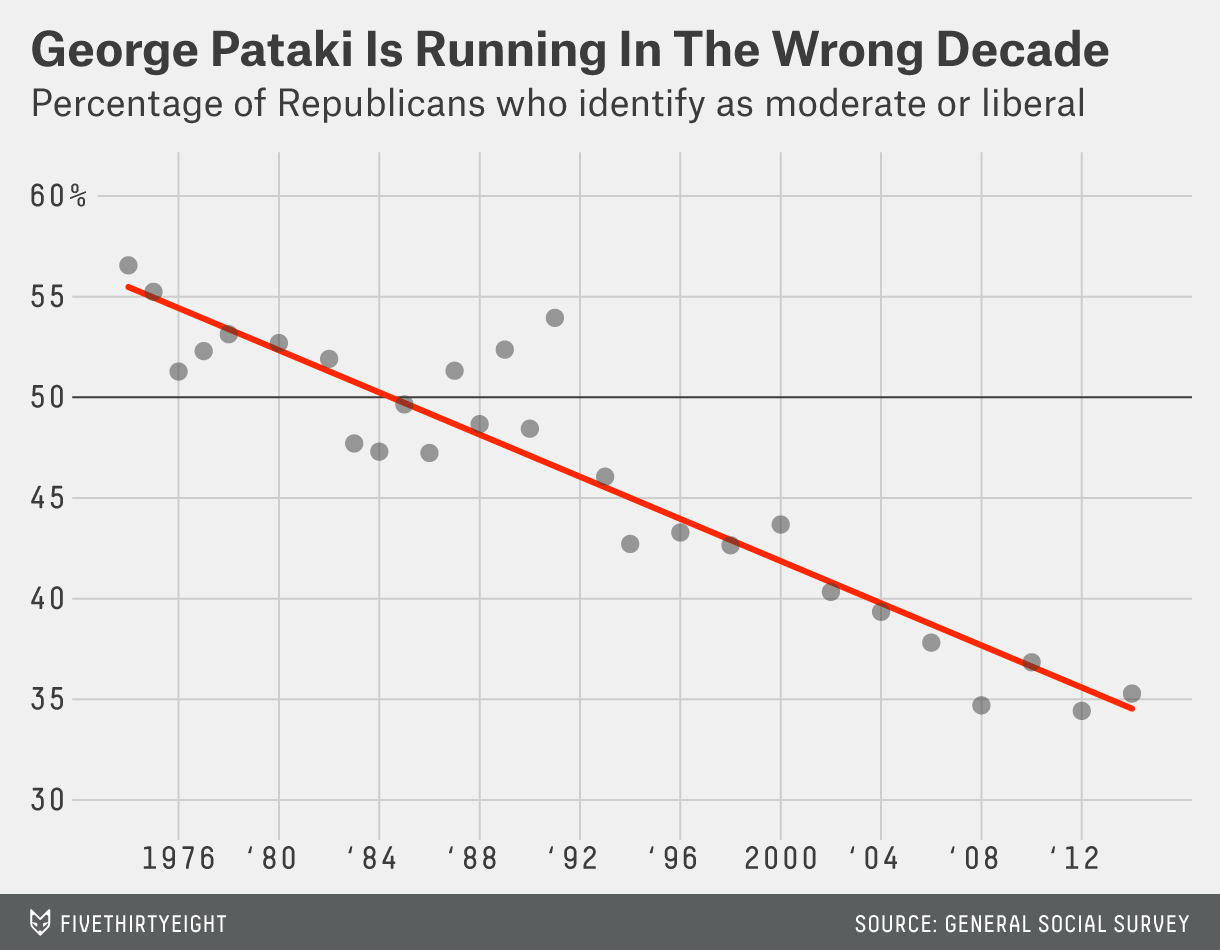 CORRECTION (June 18, 8:58 p.m.): A previous version of this article incorrectly said Pataki is in favor of same-sex marriage. A spokesperson for Pataki said he “personally believes that marriage is between a man and a woman,” and that states should be free to define marriage.