We may be about to find out whether a politician can have a negative chance of winning a presidential nomination. On Friday, two people, including a former member of Chris Christie’s staff, were indicted in Bridgegate, shorthand for the scandal that erupted after two of three access lanes to the George Washington Bridge were closed in Fort Lee, New Jersey, in September 2013, creating massive traffic delays. A third person pleaded guilty to conspiracy, and his lawyer said Christie knew about the bridge closings as they were occurring.

Whether or not Christie is ever charged, his position in the presidential race is already even worse than we thought it was at the beginning of the year. In January, I found that, given his name recognition, Christie’s net favorability rating1 was 25 percentage points below what would be expected of a future nominee, based upon past nominees at this point in the cycle.

Based on live interview polls through mid-April, Christie is now 41 percentage points below what we would expect among Republican voters, considering how many Republicans can form an opinion of him. 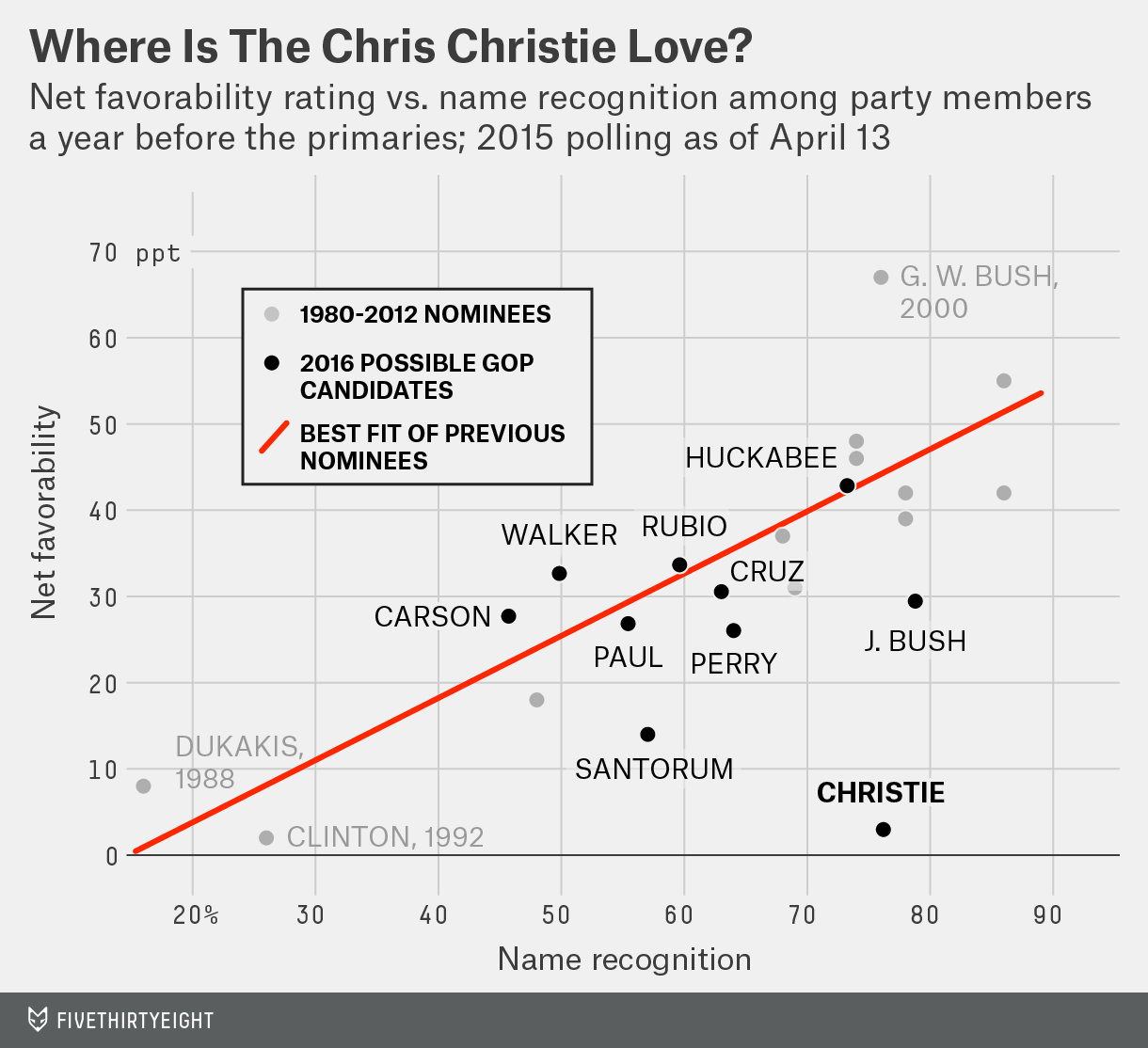 As the chart indicates — at this point in the race — most eventual nominees are either well-known and well-liked, or not well-known. There’s no precedent for a nominee who’s this well-known and this disliked. Christie’s net favorable rating stands at just +3 percentage points, according to an average of live-interview polls conducted in 2015, despite 76 percent of Republicans being able to form an opinion of him. Jeb Bush is not in great shape either, but he’s less than two standard deviations away from our expectation. Christie is slightly more than four standard deviations.

Christie also remains unpopular in both Iowa and New Hampshire. He has an ideological record that is out-of-step with the Republican base. Add this latest Bridge-gate news to Christie’s disadvantages, and it becomes pretty much impossible to see how he can come back.