A bum deal: Italians appreciate the finer things in life — 27 percent of them opt for luxury, triple-quilted toilet paper according to data from Euromonitor, a consumer research group. Brits and Americans, meanwhile, are far more likely to go for the standard stuff while Germans choose economy rolls. [The Guardian] 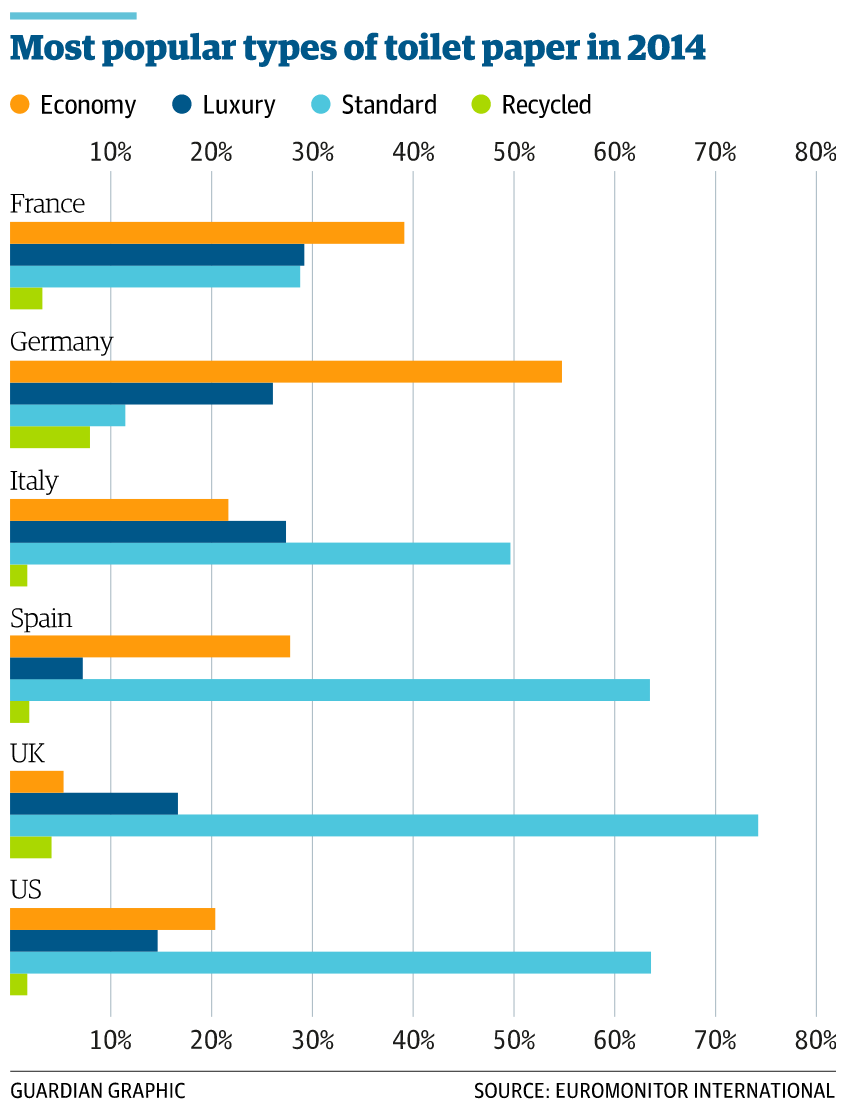 Yield curve 101: They might seem dauntingly complex, but yield curves — which show short- and long-term interest rates on government borrowing — are worth understanding because they’re used to forecast the future health of the economy. These charts allow you to grasp how yield curves have influenced U.S. economic policy in recent years, and how foreign yield curves look different. You can also grab and drag the beautiful 3D interactive to explore the curve yourself. [The New York Times] 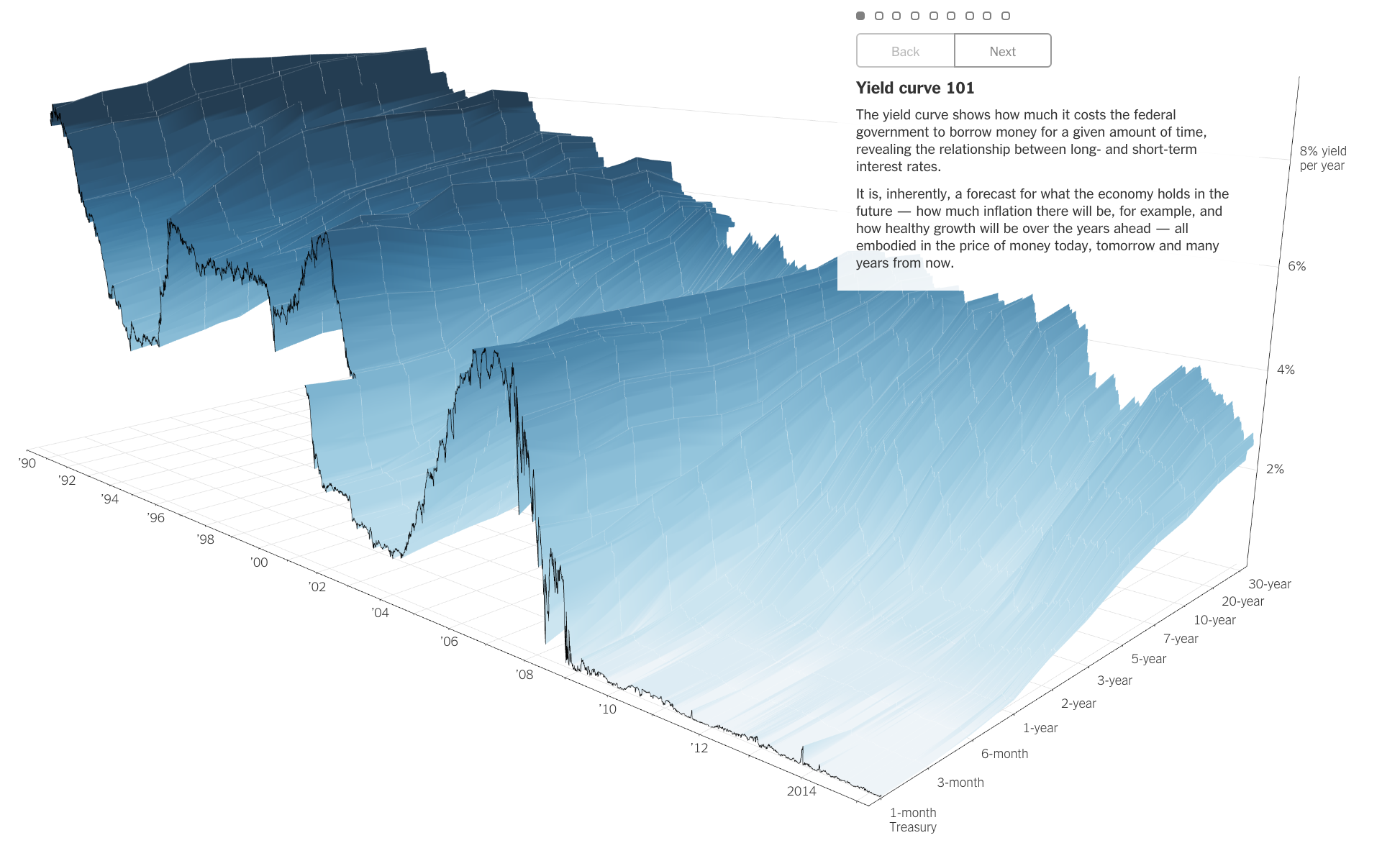 Booze in China: China’s economic growth has meant its drinking habits have outpaced the (self-described) “vomitous” Brits. The average person in China consumes 15.1 liters of alcohol per year, which might sound like a lot but doesn’t come close to Tajikistan, where residents manage twice that amount. I used similar data back in August when I looked at the average annual servings of beer, wine and spirits per person in each country. [Quartz] 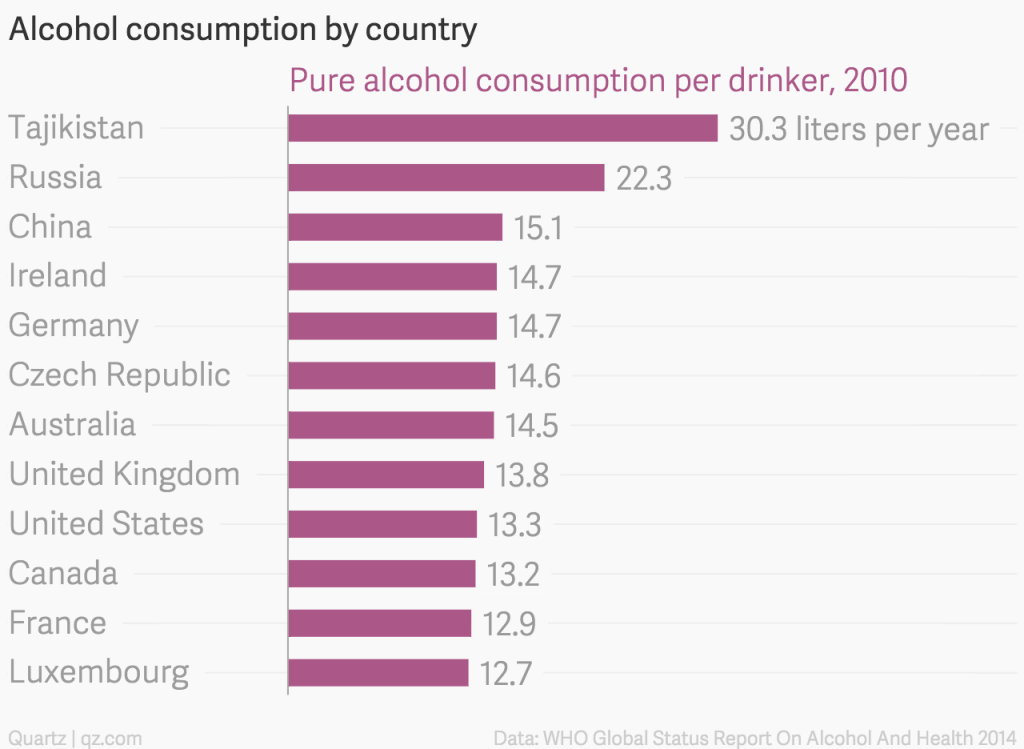 U.S. abortion policies: It’s hard to believe this incredibly detailed look at abortion restrictions was the result of a class cartography project. Each state is given a grade based on women’s access to abortions there, and the interactive also allows you to see how state policies have changed since 1973 on issues like waiting periods, parental consent and mandated counseling. [Katie Kowalsky, Dylan Moriarty and Robin Tolochko; h/t Flowing Data] 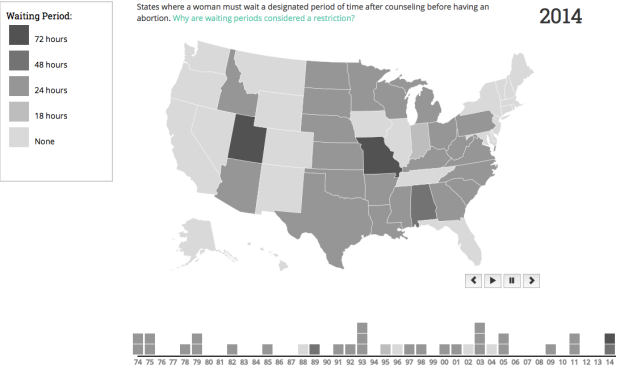 March Madness upsets: If you care about NCAA basketball, you’ve probably already filled out your bracket (perhaps using our March Madness predictions) and seen it busted. But if you’re a glutton for punishment, this interactive helps you predict just how many mistakes you’ve made. By looking at data on every time a higher seed faced a lower seed over the past 30 years, it’s possible to calculate the probability of an upset. While it’s true that the average number of upsets decreases by round (from 8.1 in the round of 64 to 0.2 in the title game) the chart still shows just how unpredictable March Madness can be. [The Guardian]