Millions of migrants: The European Union is set to consider a proposal from the European Commission that would relocate 160,000 migrants from Hungary, Greece and Italy to other countries in Europe. If approved, it will be the EU’s largest agreement ever to distribute refugees. The New York Times points out that countries in the Middle East have accepted many more migrants than Europe, and Turkey, Lebanon and Jordan expect to receive 4.7 million migrants by December. [The New York Times] 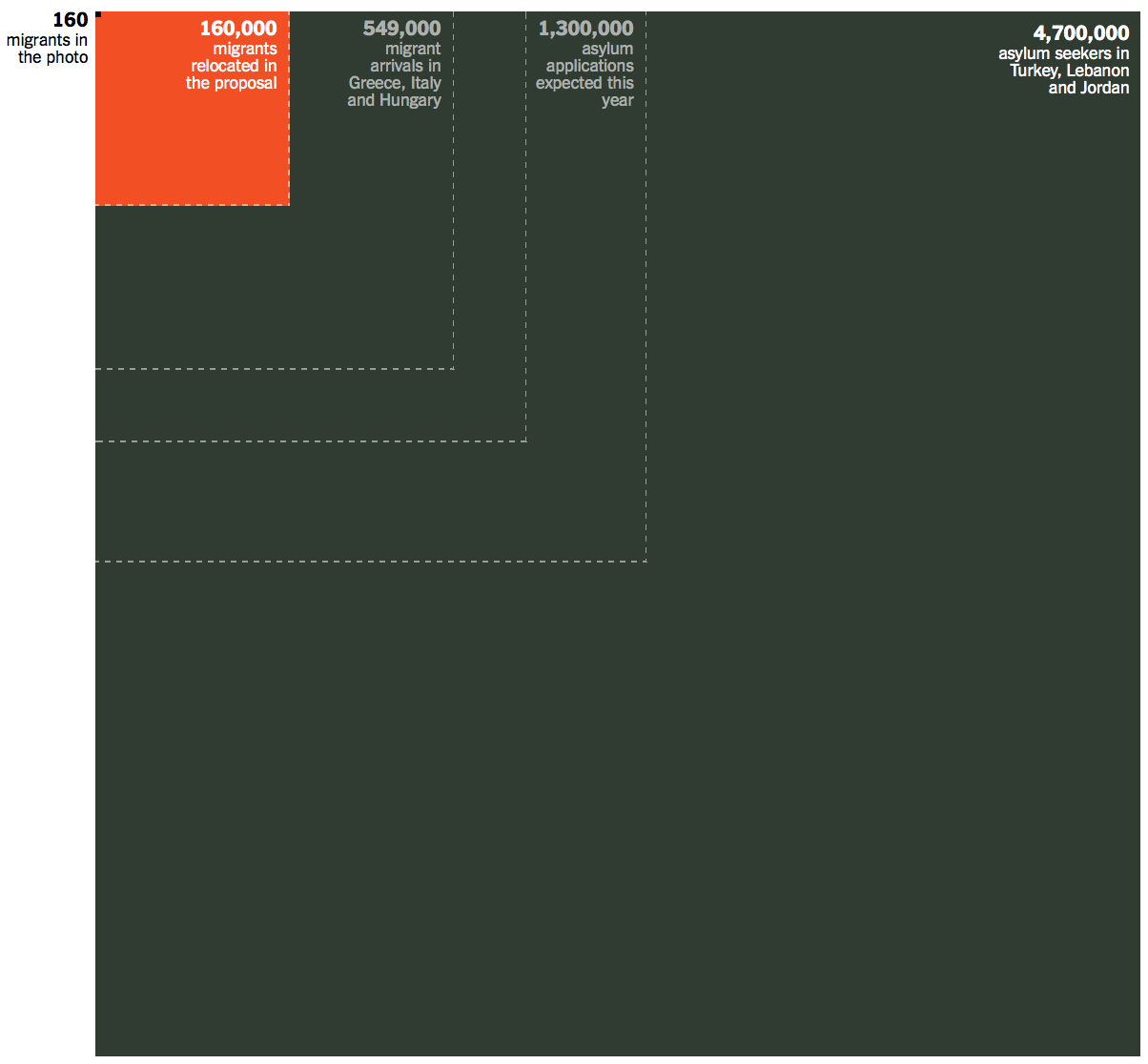 The next to die: The Marshall Project teamed up with several local news outlets to examine the death penalty, collecting data on people who have been executed and on inmates currently on death row. Their project tracks upcoming executions in 10 states and looks at demographic and other information about those sentenced to die. [The Marshall Project]

Heartbeat chart: Which were the most exciting parts of Apple’s “Hey Siri” event this week? Some developers and beta testers for a heart-monitoring app called Cardiogram wore Apple Watches during the event, and the app charted their results. It looks like the developers were all pretty excited to see Tim Cook kick off the event, but their heart rates really got going with the announcement of the watchOS 2 shipping date and the brand new Apple Pencil. [TechCrunch]

One queen to rule them all: When The Guardian published this interactive graphic on Wednesday, Queen Elizabeth II of England had ruled for 23,226 days (she ascended to the throne on Feb. 6, 1952). She is England’s longest-serving monarch, but the worldwide title belongs to Bhumibol Adulyadej, the current king of Thailand. See how the other monarchs of the world stack up and which ones are approaching the queen in length of reign. [The Guardian] 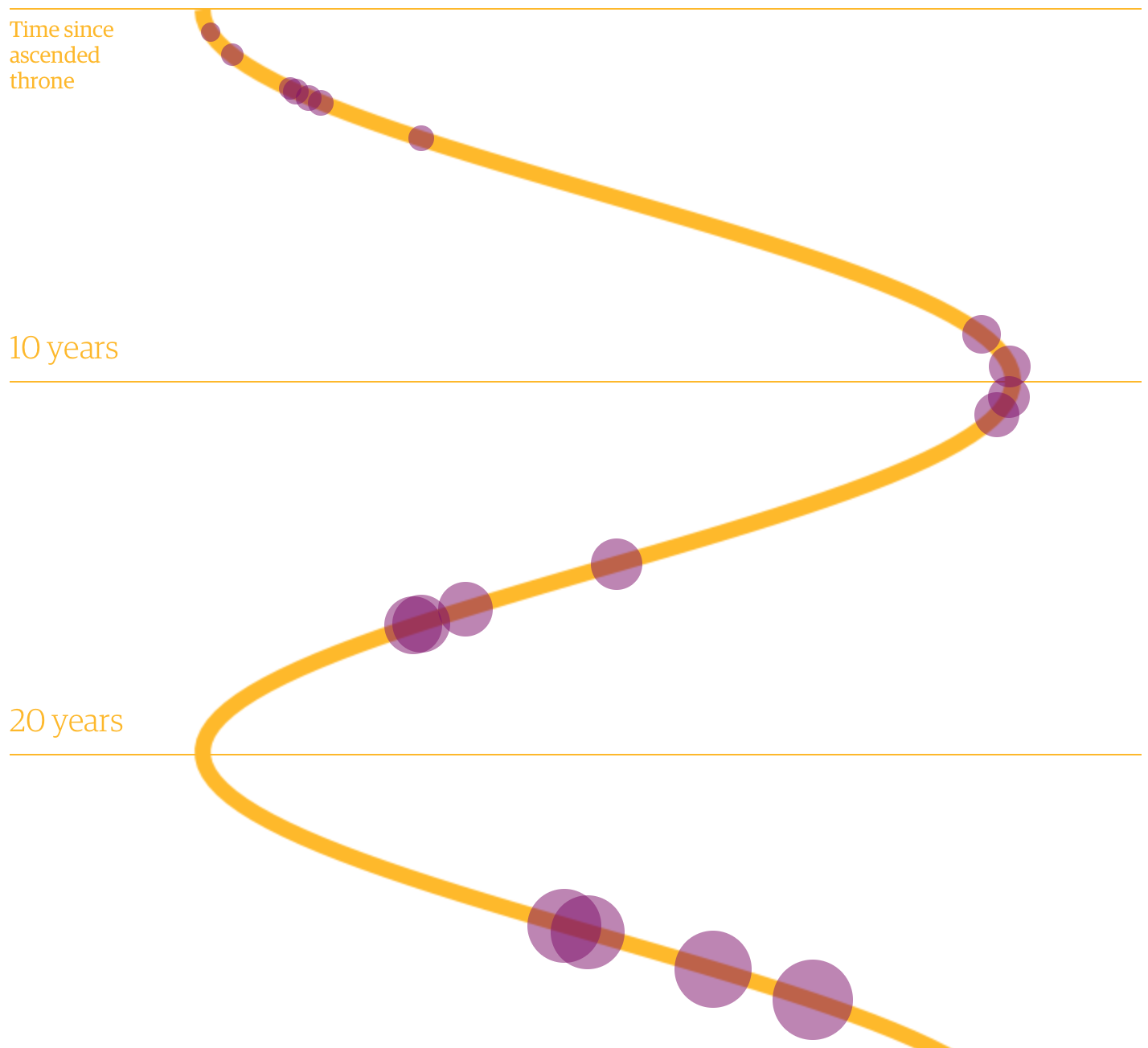 A nation of immigrants: Kyle Walker, an assistant professor of geography at Texas Christian University, mapped the U.S. immigrant population using data from the American Community Survey. Each dot represents about 20 immigrants in a Census tract, and each region or origin is represented by a different color. In the Chicago area, there are lots of red (Mexico), orange (Europe) and aqua (South & Central Asia) dots. [Kyle Walker h/t Nathan Yau] 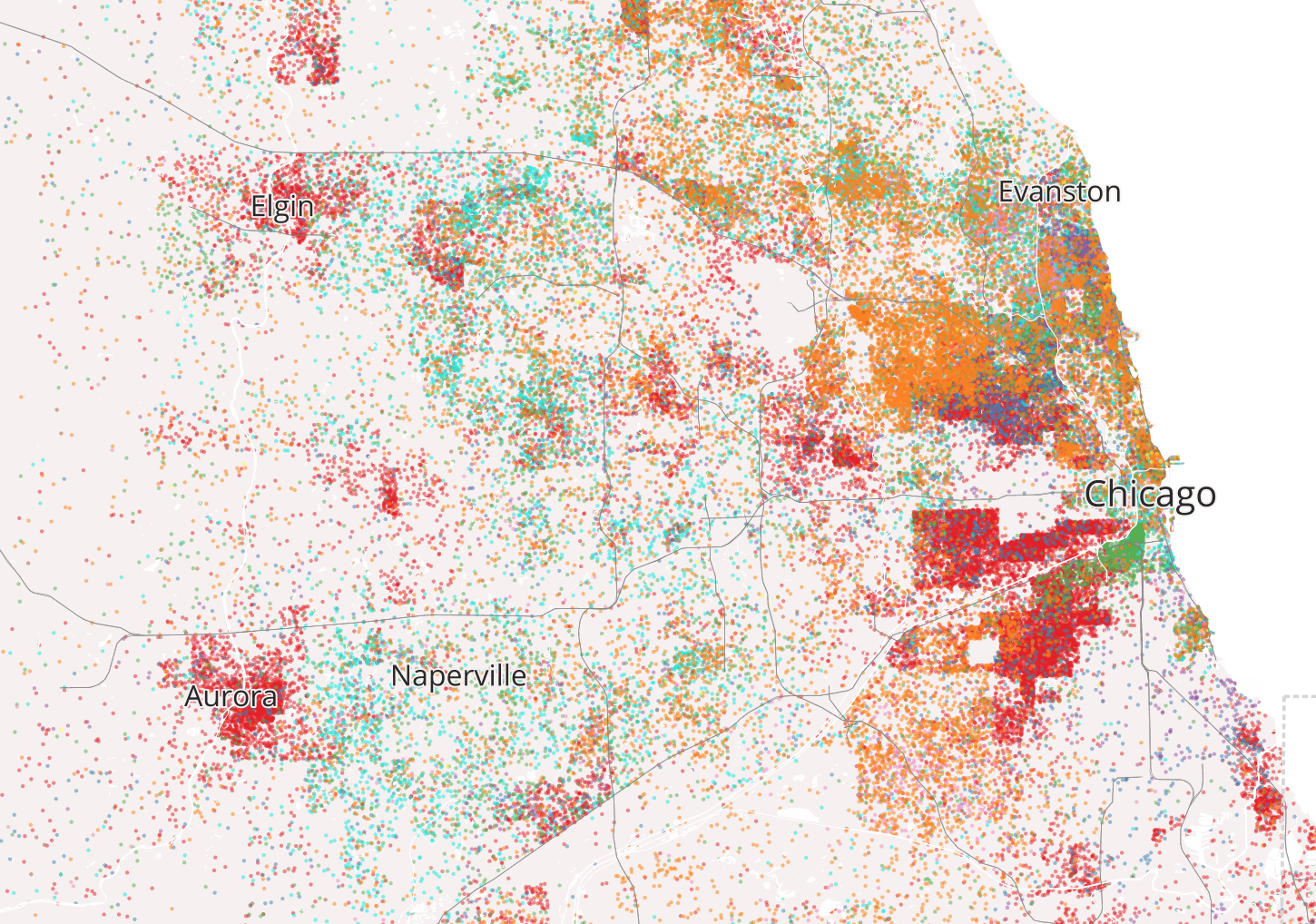