Four years in the aisles: Matt Yancey recorded every single purchase he made over four years, noting the day, the store and the location. He found that moving from the suburbs to the city affected his shopping patterns, making him buy more online and from neighborhood stores. [Matt Yancey] 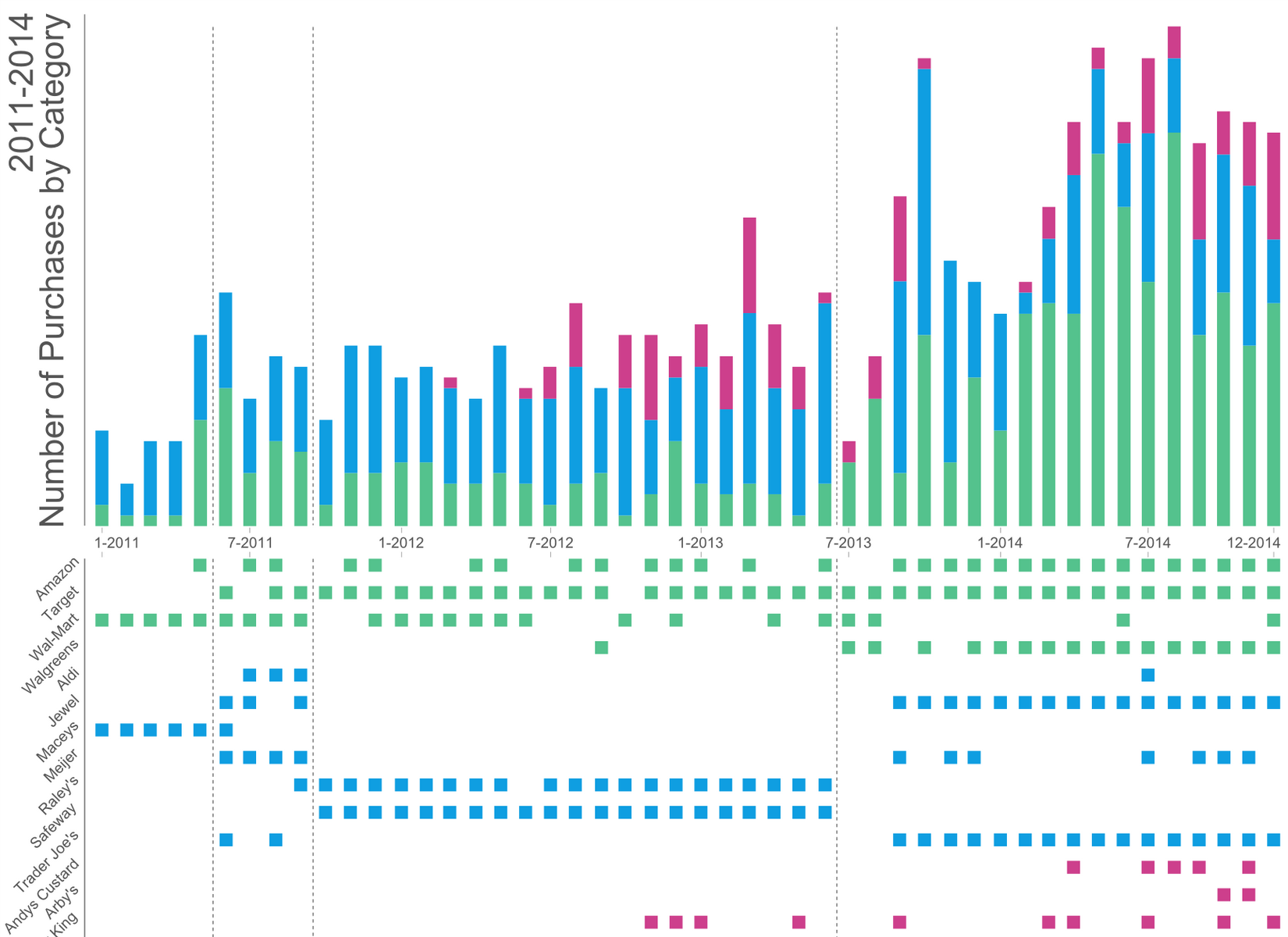 1.7 men for every woman: Reddit user Thomaz Santana wanted to find the easiest and hardest places to find a date. He calculated the ratio of single men to single women in each U.S. county using census data and created a similar dating ratio with data from Plenty of Fish, an online dating site. Both sources are somewhat problematic: The resulting singles ratio is hard to interpret because it fails to take into account sexual orientation, while the dating ratio ignores the fact that men and women aren’t equally likely to create an account. Still, both ratios are interesting. According to Santana’s analysis, the place where it’s easiest for a woman to find a male date is the San Jose, California, metro area, where single men outnumber women 1.3 to 1 and where there are 2.6 male dating profiles for every female profile. The place where it’s hardest for a woman to find a date with a man is Atlanta. [Thomaz Lago Santana] 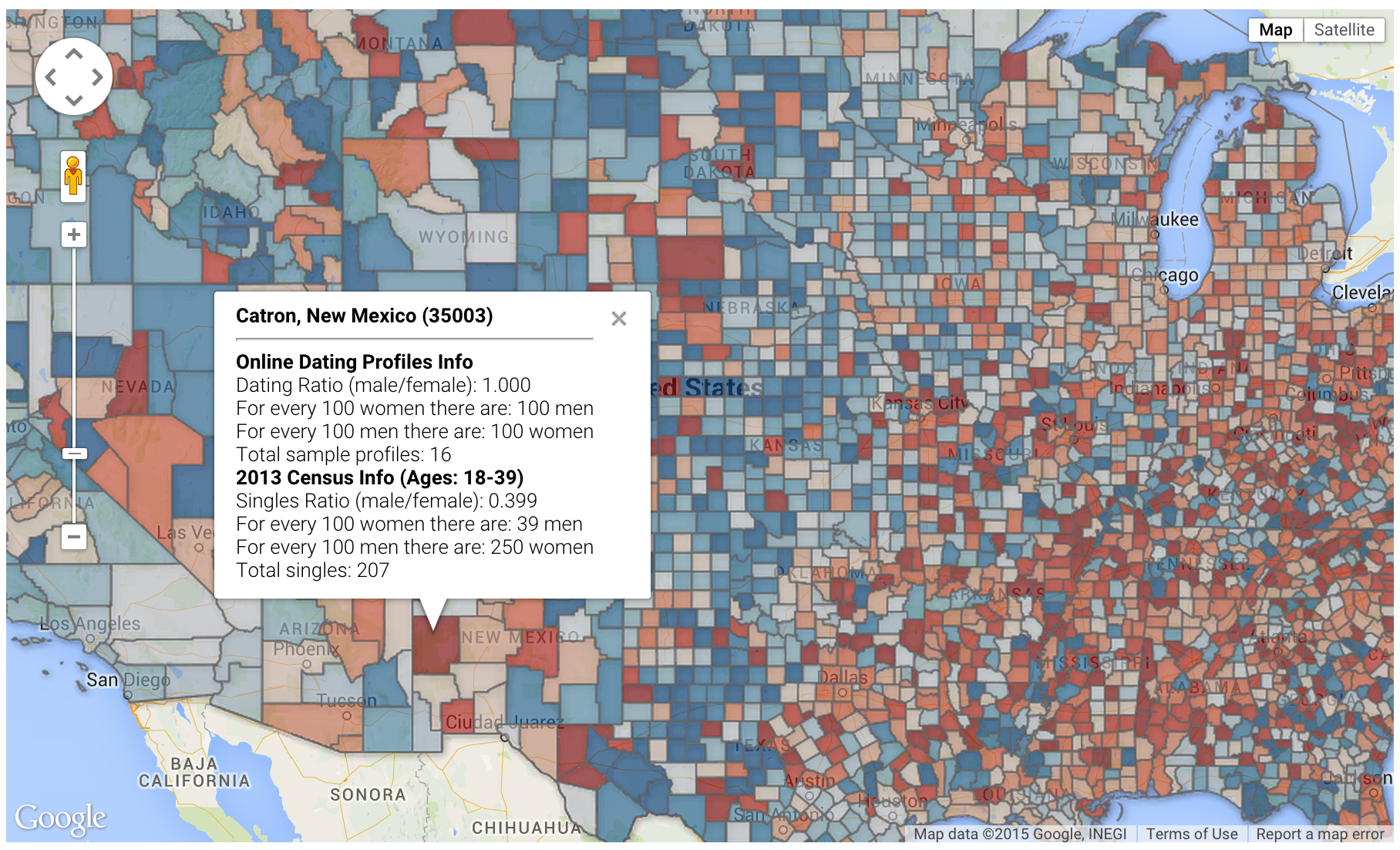 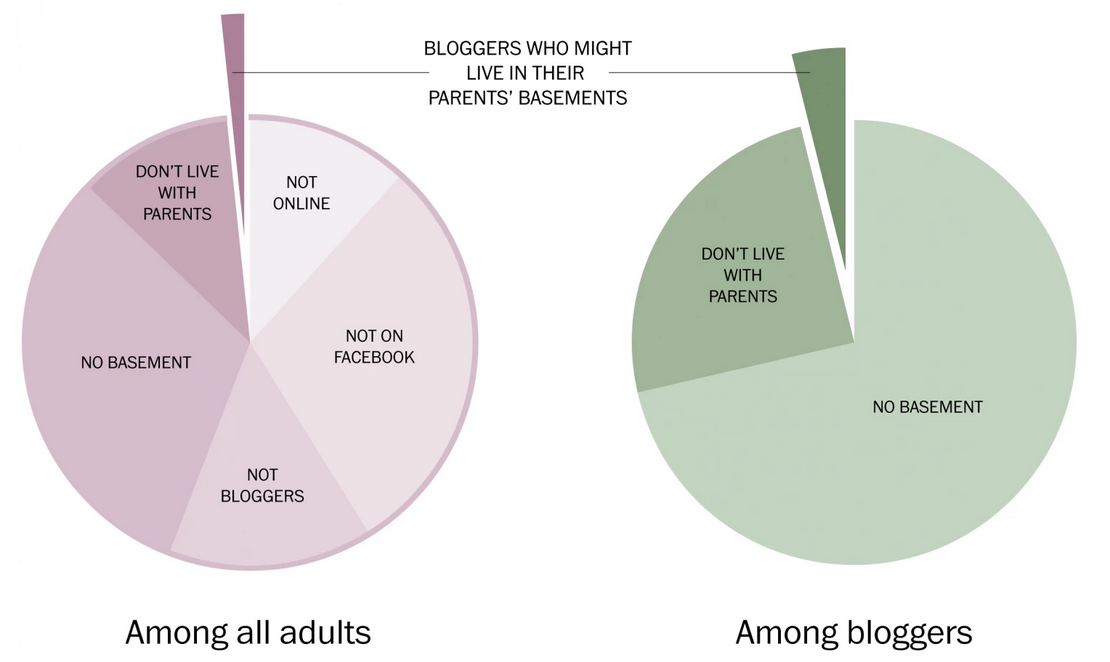 Debatable impact: Ahead of the British national election in May, the leaders of the Conservative and Labour parties took part in a televised debate on Thursday. Although it wasn’t one of the two formal debates that will be shown in the run-up to the vote, speculation has abounded about how Thursday’s performance will affect the chances of the two would-be prime ministers. Using polling data, Alberto Nardelli took a statistical look and found that in 2010 the party leaders’ debates appeared to have a considerable impact on party popularity — but that the effect was far smaller come voting day. [The Guardian] 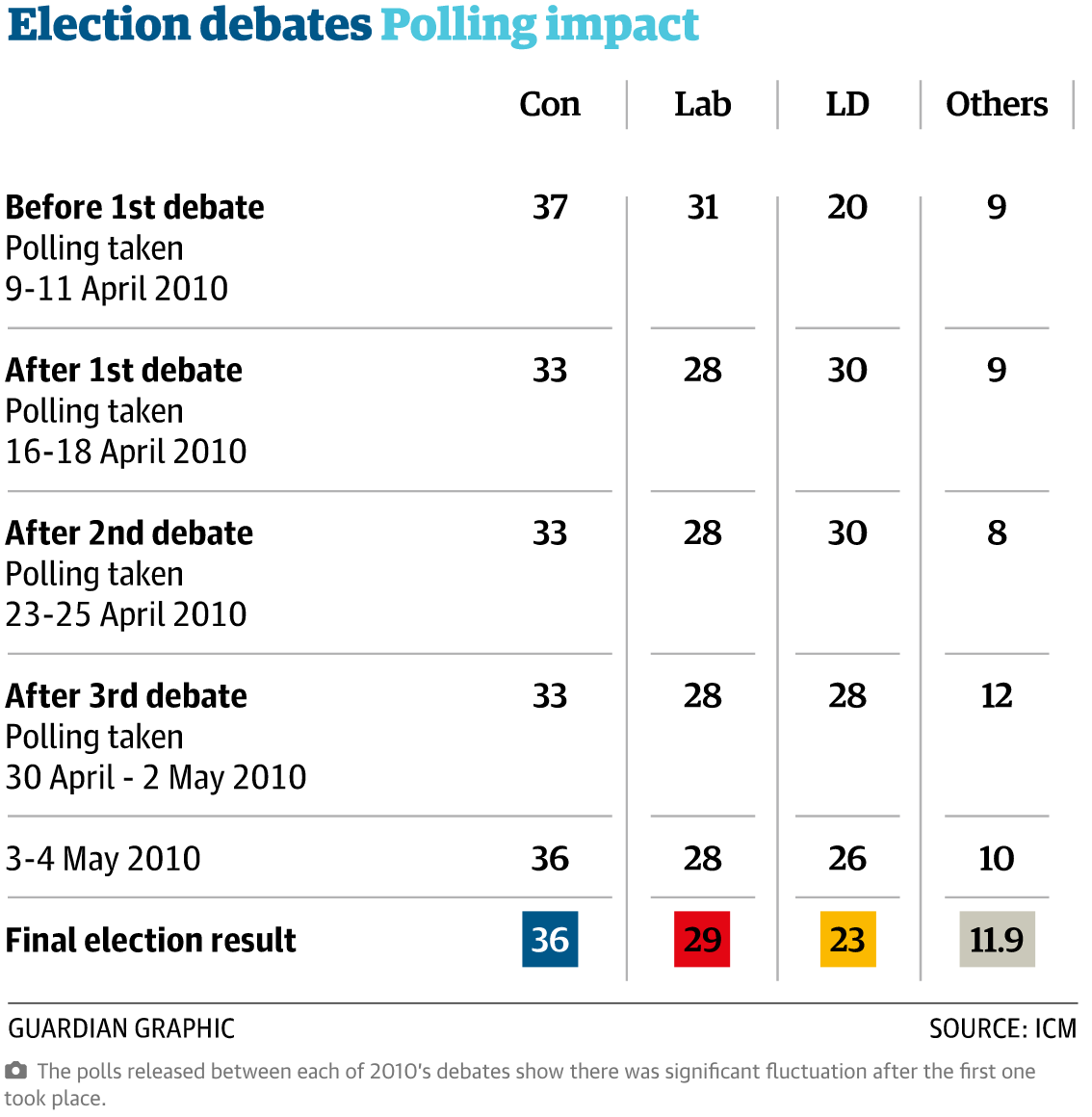 Killed off: The American actor Mickey Rourke must feel particularly nervous when he gets a script through the mail — he has been killed off in 22 films, 30 percent of those in which he has appeared. Rourke’s share of vulnerable roles tops this list in percentage terms; on pure numbers, John Hurt wins, having been killed off in 45 films. [Vocativ]

Cool Whip vs. Miracle Whip: If the proposed merger between Kraft and Heinz goes ahead, there may be a series of strange duels between some of America’s most famous junk foods. Here, Quartz analyses how Crystal Light fares alongside Kool-Aid and how sales of packaged Jell-O compare to those of Jell-O pudding. [Quartz] 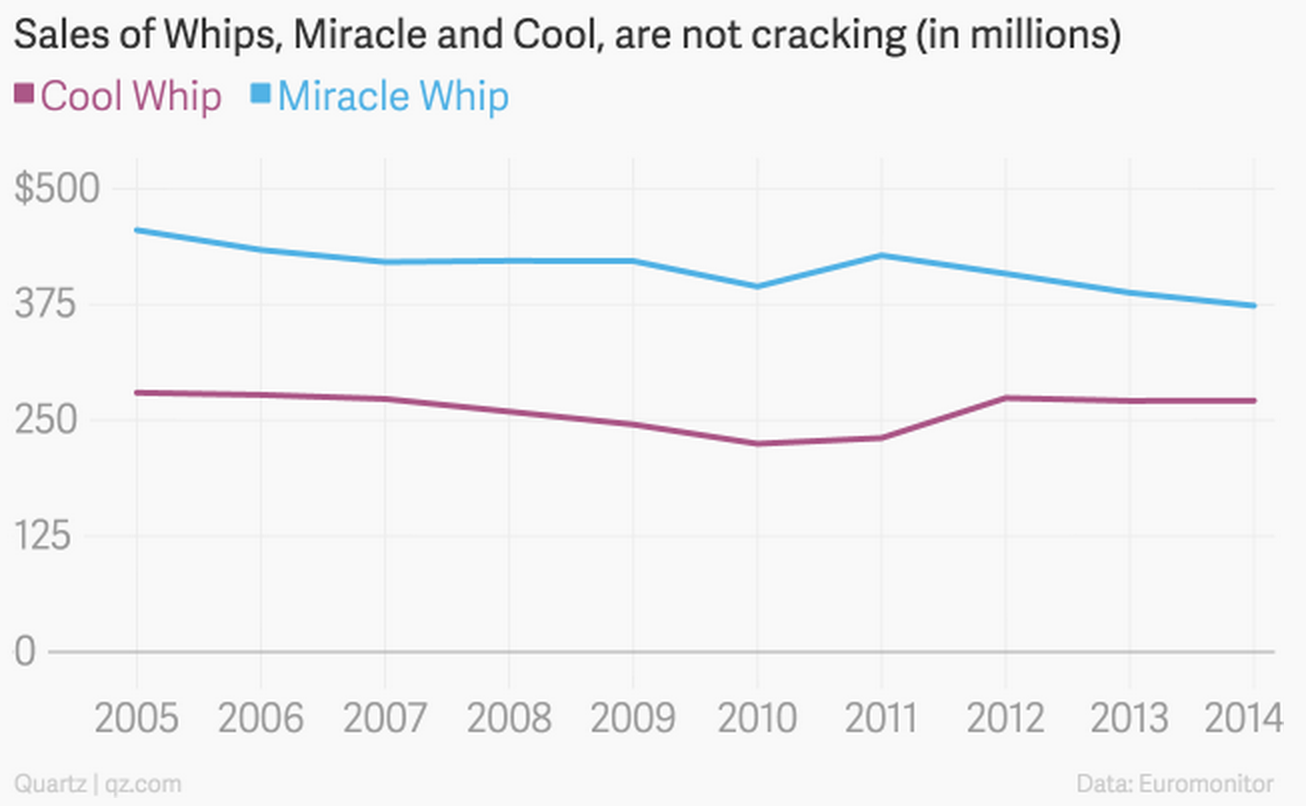 Warmer climes: We know three big factors influence Americans’ migration decisions — weather, the availability of affordable housing and job opportunities. New data from the Census Bureau helps put a number on the first. In 2014, average population growth was 0.2 percent in metropolitan areas where the average high temperature in January was under 35 degrees compared to 1.3 percent growth in areas where the average January high was over 6o degrees. [The Upshot] 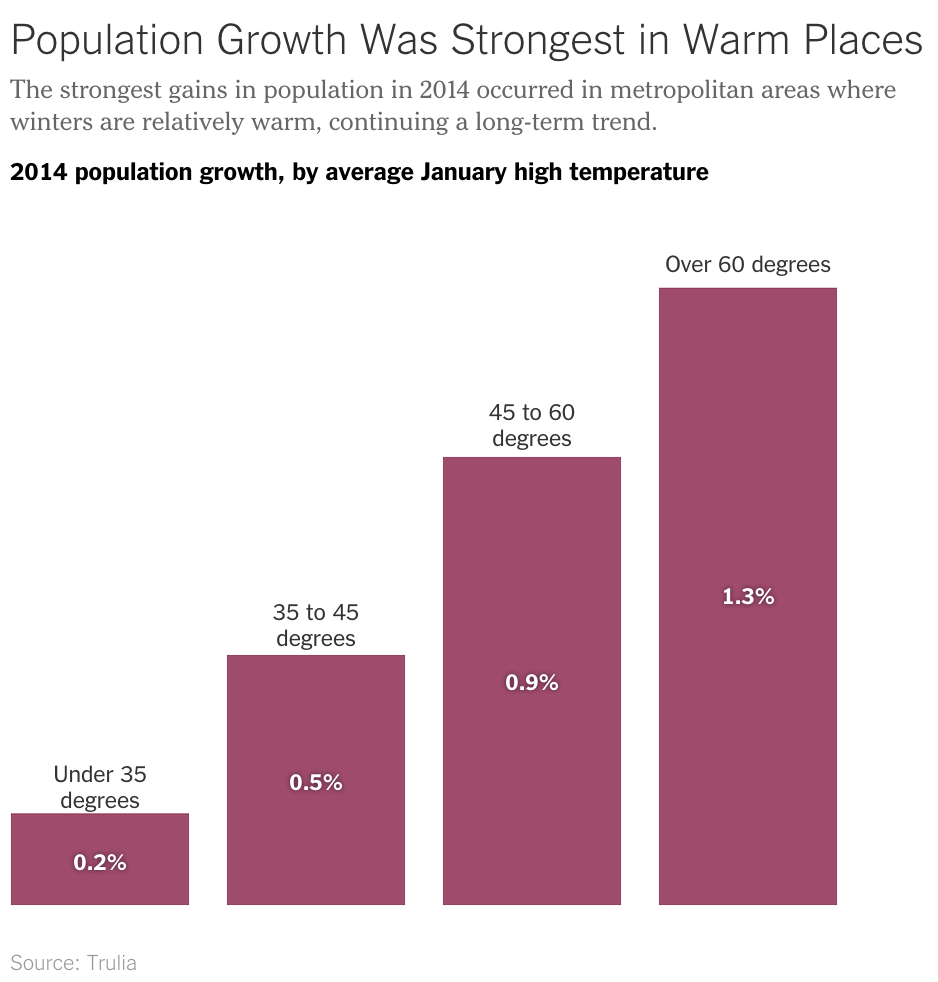