Pretty much every team that survives its first two games and advances to the Sweet 16 has the right to be pleased with its performance. But four men’s teams — Duke, Arizona, Michigan State and Gonzaga — should be especially giddy. Their odds of winning the championship have improved the most so far. 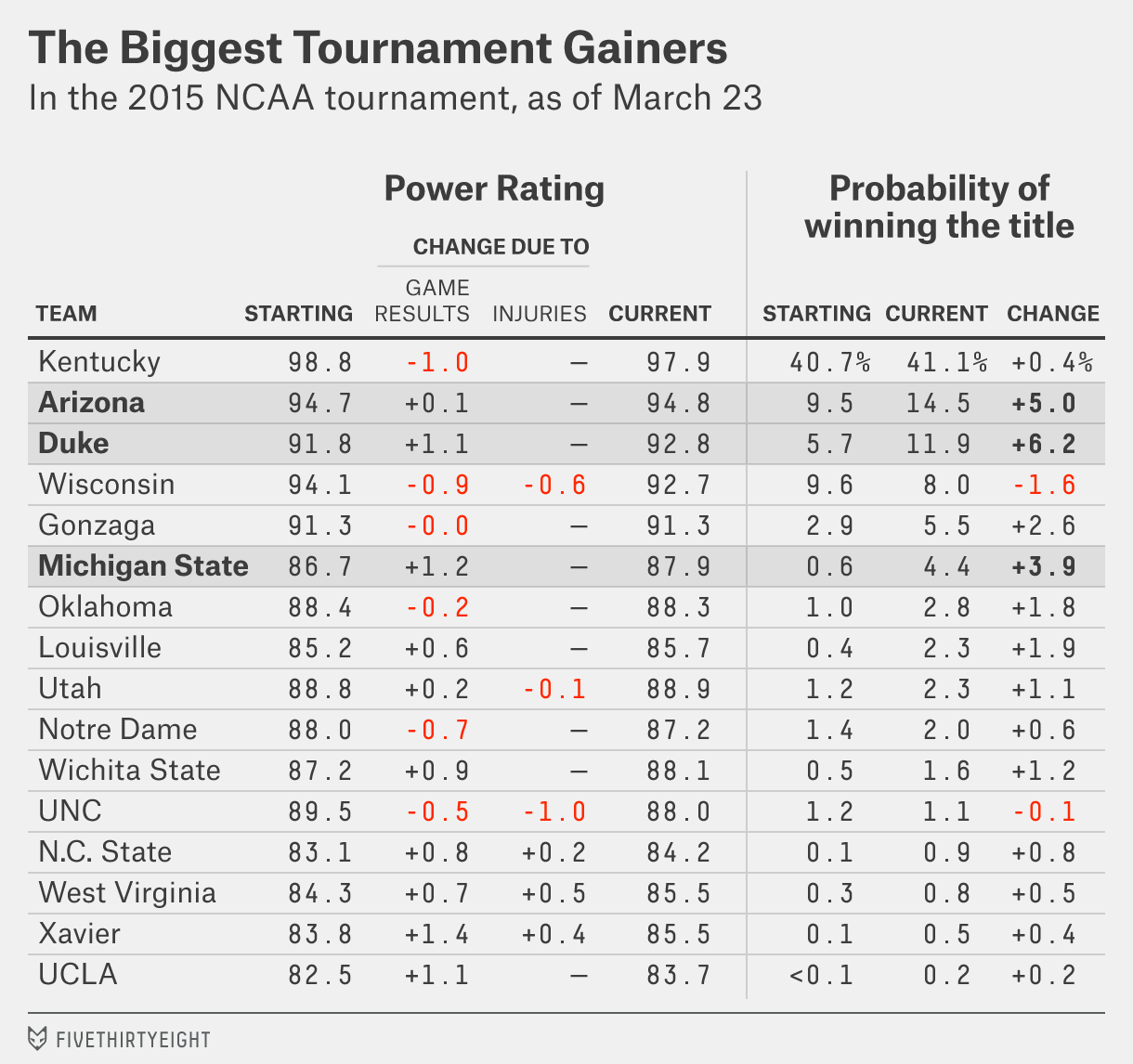 Teams’ power ratings can change for two reasons. Our model updates the power ratings at the end of each game based on how a team performs relative to its expectations. A team that wins by an especially wide margin, or that wins as an underdog, will see the largest gains. By contrast, a team’s power rating may decline if it wins by a smaller-than-expected margin.

We’re also continually updating the model with new data on player injuries. Two injury situations are the most critical so far: North Carolina’s Kennedy Meeks’ Sweet 16 status is uncertain after he hurt his knee in the Tar Heels’ Saturday win against Arkansas. And Wisconsin point guard Traevon Jackson has yet to play despite hopes that he might have returned.

Apart from the changes in its power rating, a team’s chances of winning the tournament can change because its draw becomes harder or easier. Michigan State’s probability has improved not just because they beat Virginia, for instance, but also because the No. 1 seed in the East region, Villanova, was ousted by North Carolina State.

Here’s a quick look at the teams with the largest shift in their probability:

By contrast, Wisconsin and North Carolina’s probabilities have declined slightly, partly because of their injury issues and partly because Arizona looms large in the West regional, which will be played in Los Angeles. Wisconsin also played a closer game against Oregon than the model expected.

Still, Wisconsin retains the fourth-best overall chance to win the tournament, after Kentucky, Arizona and Duke. And even if the Badgers don’t win the tournament, their chances of winning an NCAA spelling bee are up after they learned all about stenography this weekend. What’s a 10-letter word for “in the hunt?”