According to the latest FiveThirtyEight Senate forecast, Republicans have about a 60 percent chance of taking control of the Senate. The GOP’s prospects have stayed relatively consistent over the last month, never dropping below 53 percent or rising above 65 percent. 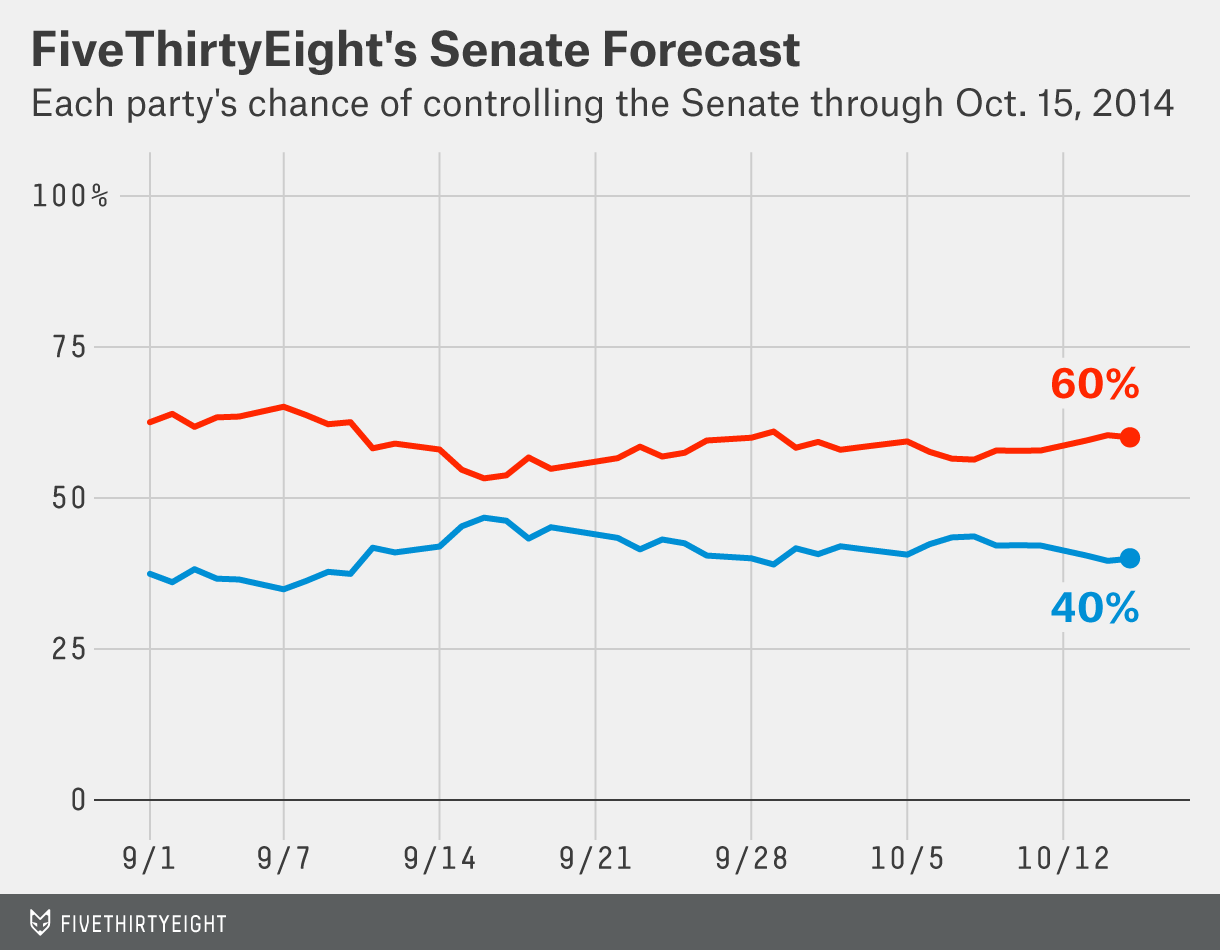 The model views a larger group of states as competitive compared to other forecasts. So movement in the more marginal battleground states — the Democrat solidifying his lead in Michigan, or the Republican pulling away in Kentucky, for example — matters more. If you consider those states as mostly out of play, the favorites improving their position there won’t affect your overall outlook as much.

Looking at FiveThirtyEight’s adjusted polling average since we launched our forecast on Sept. 2, some marquee races have clearly shifted towards Republicans: Colorado, Iowa, Alaska and Louisiana. But other battleground states have moved toward Democrats: Georgia, Kansas, North Carolina and Michigan.

These shifts have largely canceled each other out. 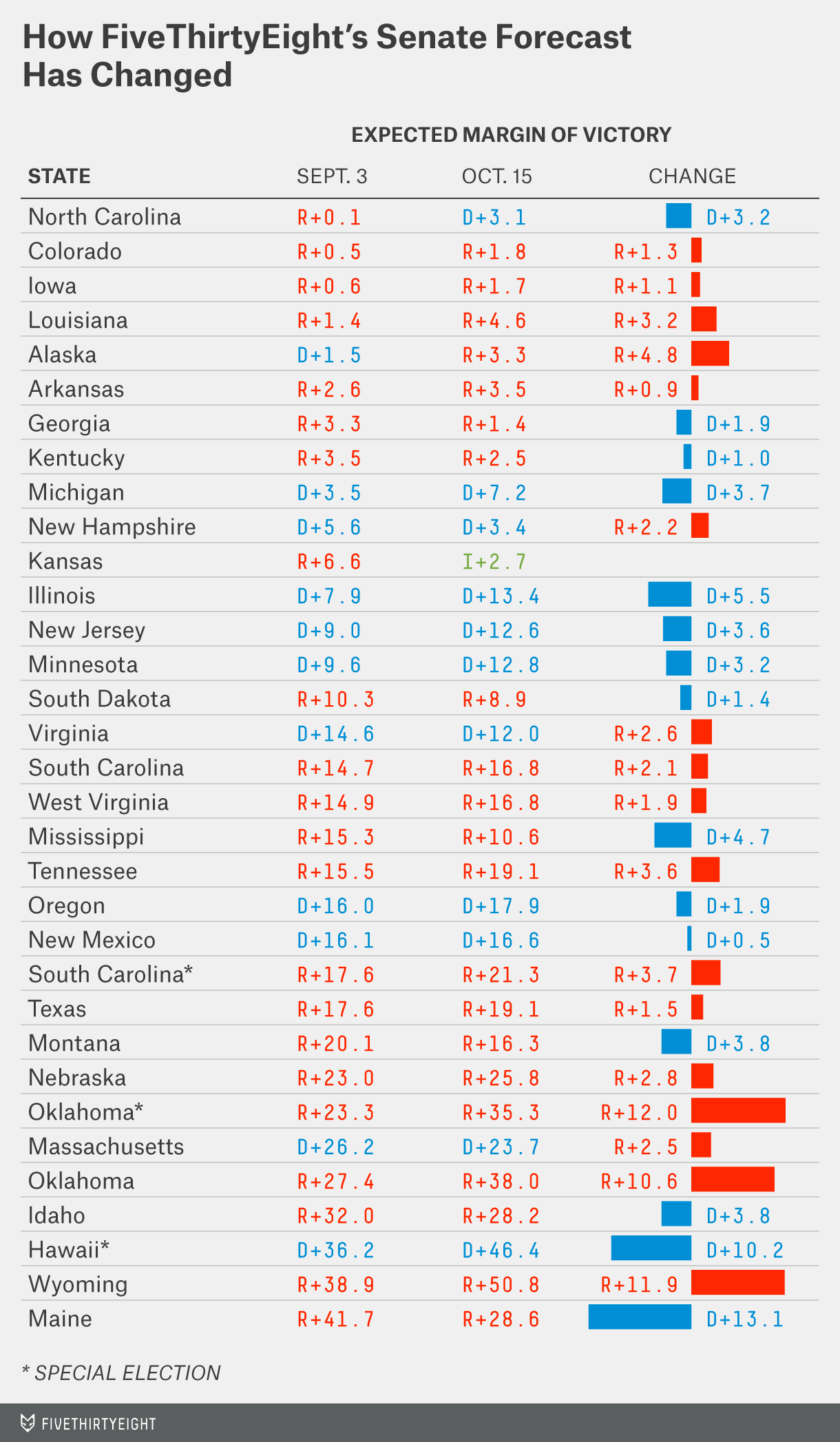 Trending to the right

Trending to the left

Republicans may have also lost some ground in Kentucky and South Dakota, but they remain clear favorites for now.

State by state, there’s been a good deal of movement; add it all together, and — in our model’s reckoning — the aggregate Senate picture looks the same as it did a month and a half ago.