In every Senate forecast FiveThirtyEight has published this year, Republicans have been slightly favored to take back the chamber. That hasn’t changed with our latest model run: Republicans are a 58 percent favorite.

Yet, a few of states have seen a dramatic shift towards the Democrats. I already detailed how Kansas and North Carolina have have moved left over the last month. Democrats have also greatly improved their hand in Michigan.

On Thursday, three surveys confirmed the trend. EPIC-MRA and Lake Research (in a poll for the liberal group Progress Michigan) found Democrat Gary Peters ahead of Republican Terri Lynn Land by 9 percentage points. Mitchell Research put Peters’s advantage at 13 points. Additionally, a Target-Insyght poll this week found Peters up by 10 percentage points. On average, Peters was ahead in these polls by a little over 10 percentage points.

The FiveThirtyEight forecast isn’t ready to put Peters ahead by that much; it projects him to win by 6 percentage points, with an 89 percent chance of winning in November. That’s up from 70 percent at the beginning of September. More impressively, it’s way up from the 55 percent chance FiveThirtyEight gave Peters in its March outlook.

Ten other races are now rated as more competitive than Michigan.

What’s causing Land’s collapse? It’s likely a combination of the natural political tilt of the state and the candidate herself. Michigan is the bluest state among 2014’s battlegrounds. President Obama carried it by nearly 10 percentage points in 2012. By contrast, among the 10 races more competitive than Michigan at this point, Obama’s best showing was in Iowa, which he carried by just over 5 percentage points. The last time a Republican won a Senate election in Michigan was 20 years ago, in the GOP wave election of 1994.

Just saying that Land is falling prey to the fundamentals, though, would be letting her off the hook too easily. She has run a terrible campaign. She has dodged debates with Peters — a curious move for a candidate who has been behind. Land has aired questionable advertisements. And not surprisingly, a survey of Michigan political experts conducted by Denno Research ranked her campaign as the worst run of any for a major Michigan statewide office in 2014.

Bottom line: Michigan can’t be considered competitive anymore. Land probably needs either a major shift in the national environment or a major gaffe by Peters to get back in the race. 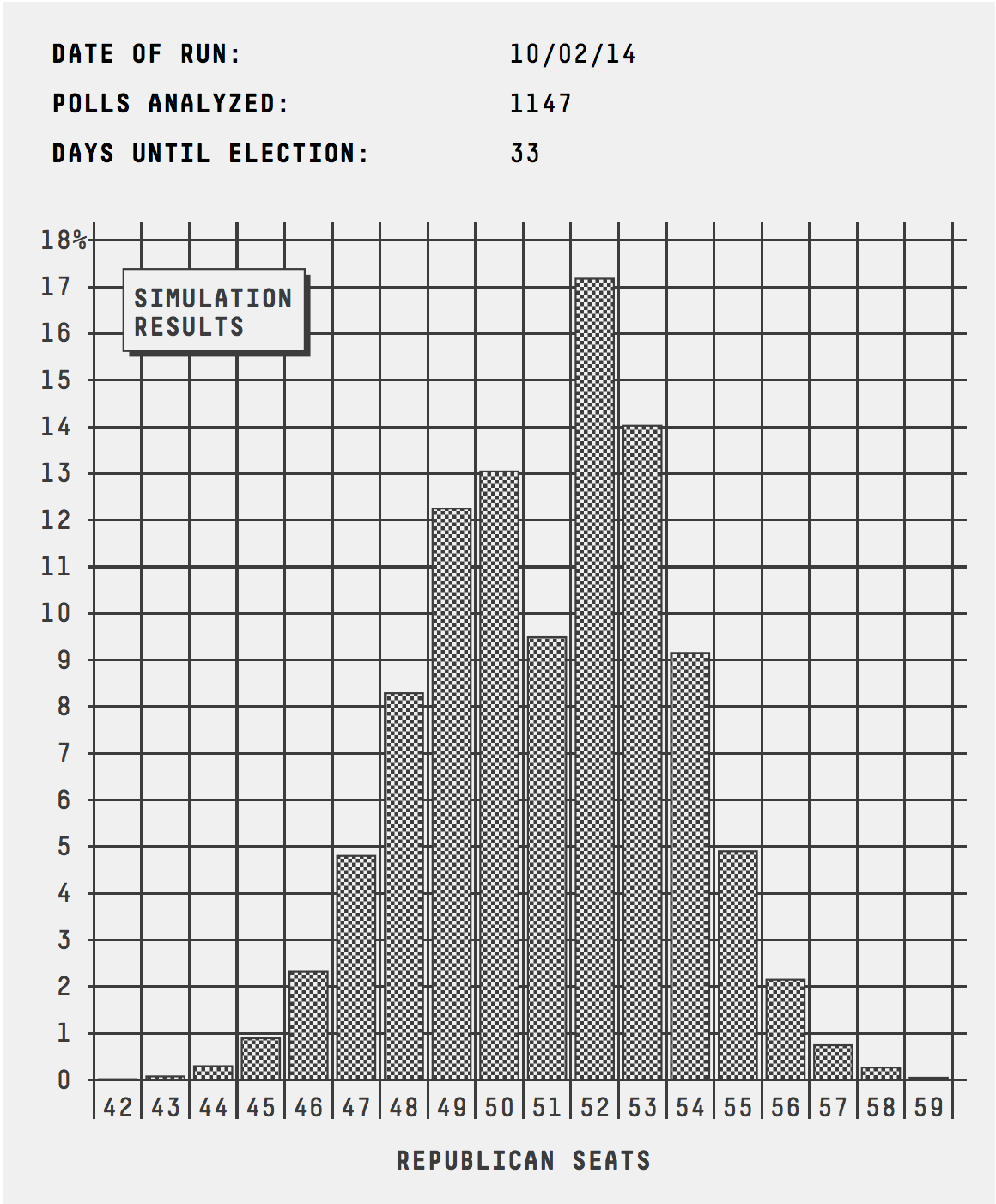