The Obama administration just unveiled a proposal to make community college free for some U.S. students. The free tuition is conditional on a student maintaining a 2.5 grade point average or higher and making steady progress while enrolled. The proposal won’t see the light of day unless passed by Congress — no sure thing in this age of polarization. But if it does, community colleges would still have to compete with an improving job market for recent high school graduates.

As my colleague Ben Casselman pointed out in April, college enrollment is declining for recent high school graduates (those 16 to 24 years old). And it’s falling fastest for community colleges. 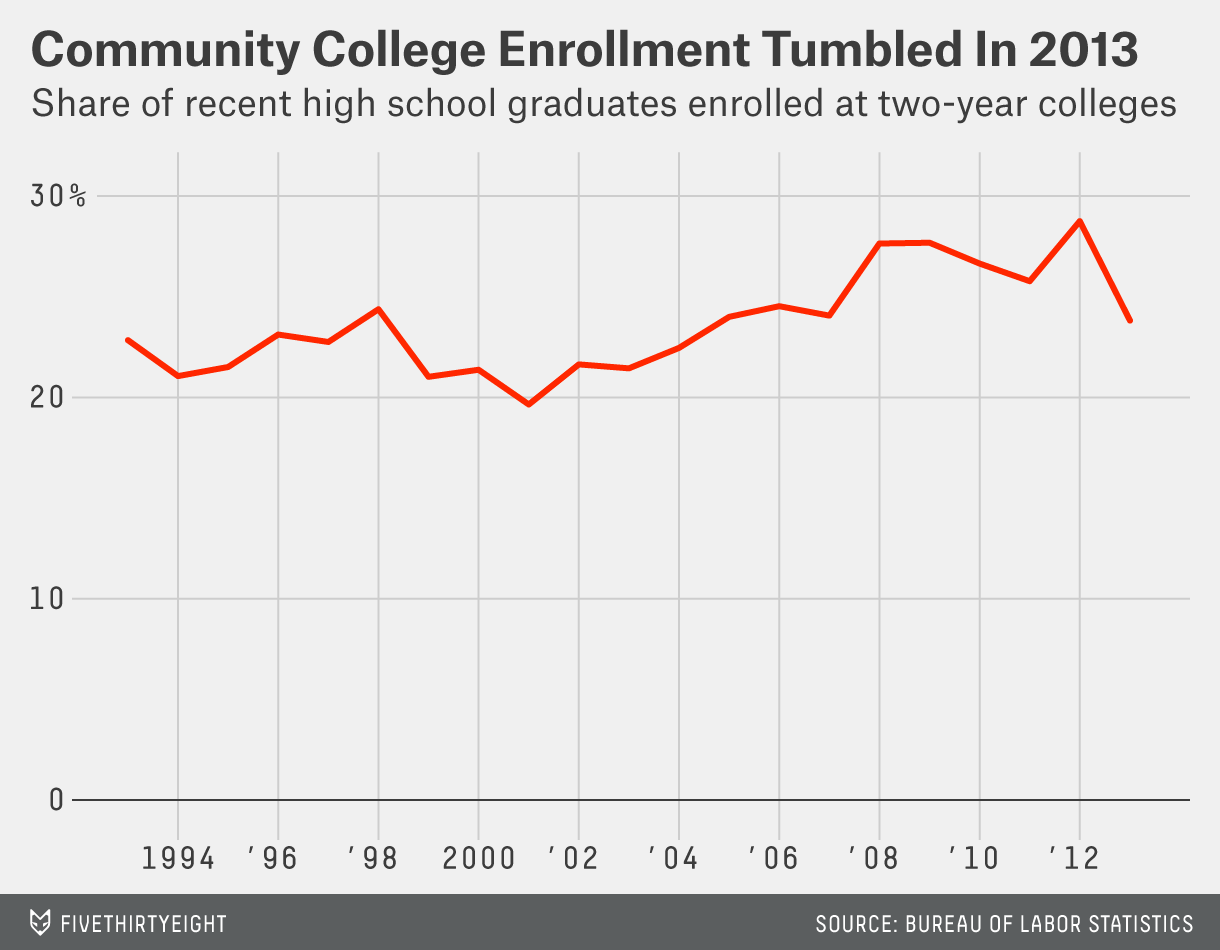 As Ben wrote, an important driver of this decline was an improving job market. And the jobs picture has only gotten better. On Friday, the December employment report showed that 2014 was the best year for jobs growth since 1999.

There are several potential benefits of increased investment in community college. Those enrolled in certain technical training occupations could see large payoffs in higher earnings. For example, The Wall Street Journal profiled a Texas man who, after being trained as welder at a technical college in Waco, is earning $140,000 per year.