Mona in Montana: In last week’s installment of Ctrl + ←, I lamented the lack of major communities of British immigrants in the United States. But Pew Research Center, as it so often does, has put me out of my misery by taking a longer view of America’s foreign-born population. If I had left my homeland a mere 104 years earlier, I would have found myself among the largest share of immigrants in not just one state, but seven. 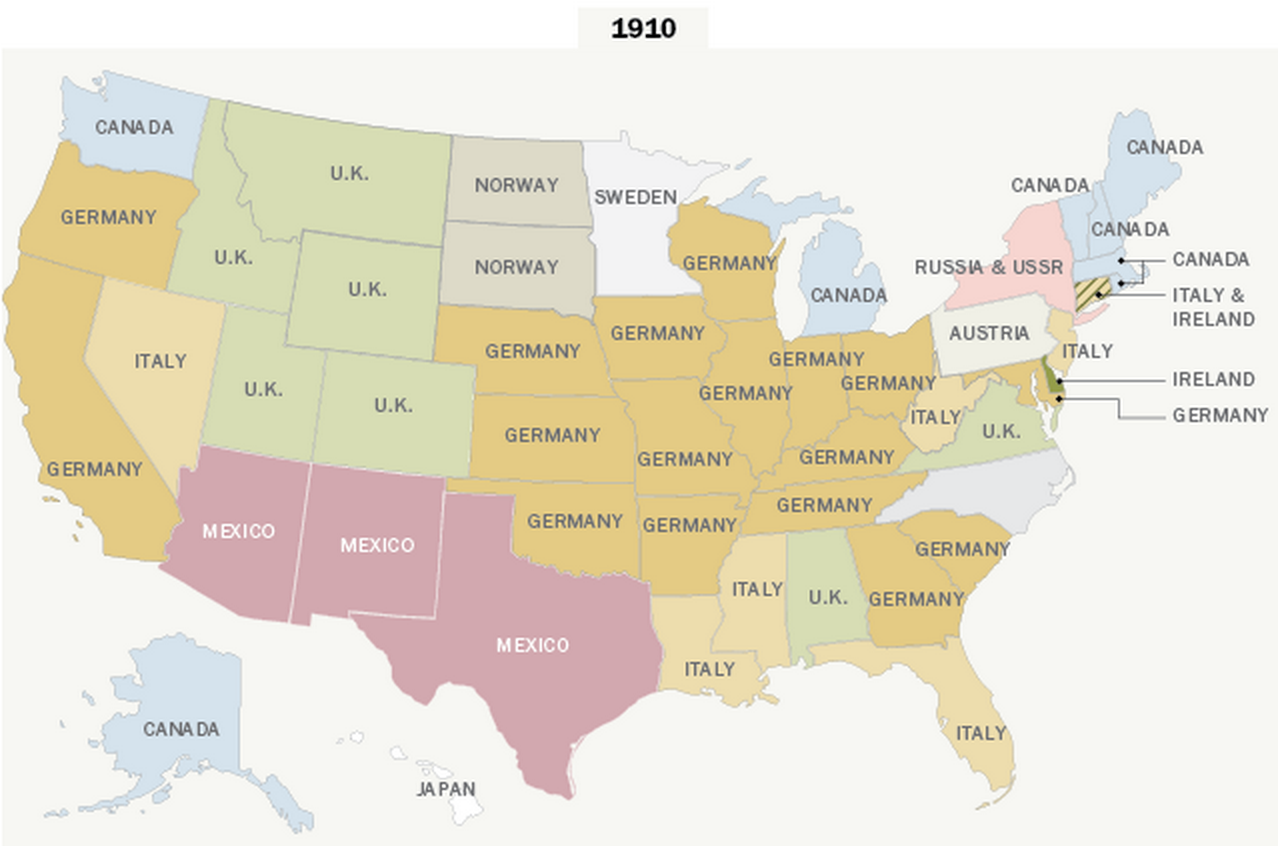 Bars vs. grocery stores: What happens when you look at the ratio of bars to grocery stores? You get a pretty amazing map of the U.S. that shows there are only 13 percent more grocery stores than bars. But Nathan Yao at FlowingData went further and produced similar maps for India, France, Japan, Poland and five other countries.

Pococurante about logorrhea: With Scripps National Spelling Bee fever at its height — the contest concluded Thursday — Deadspin’s Reuben Fischer-Baum looked at the bee’s most obscure winning words. The result is an epic rundown, including esquamulose (having smooth skin), logorrhea (a tendency to extreme loquacity) and pococurante (not caring too much).

Europe votes: Hats off to The Wall Street Journal and its presentation of the outcome of the 2014 European parliamentary elections. Its interactive shows which parties are being elected where and in what numbers. 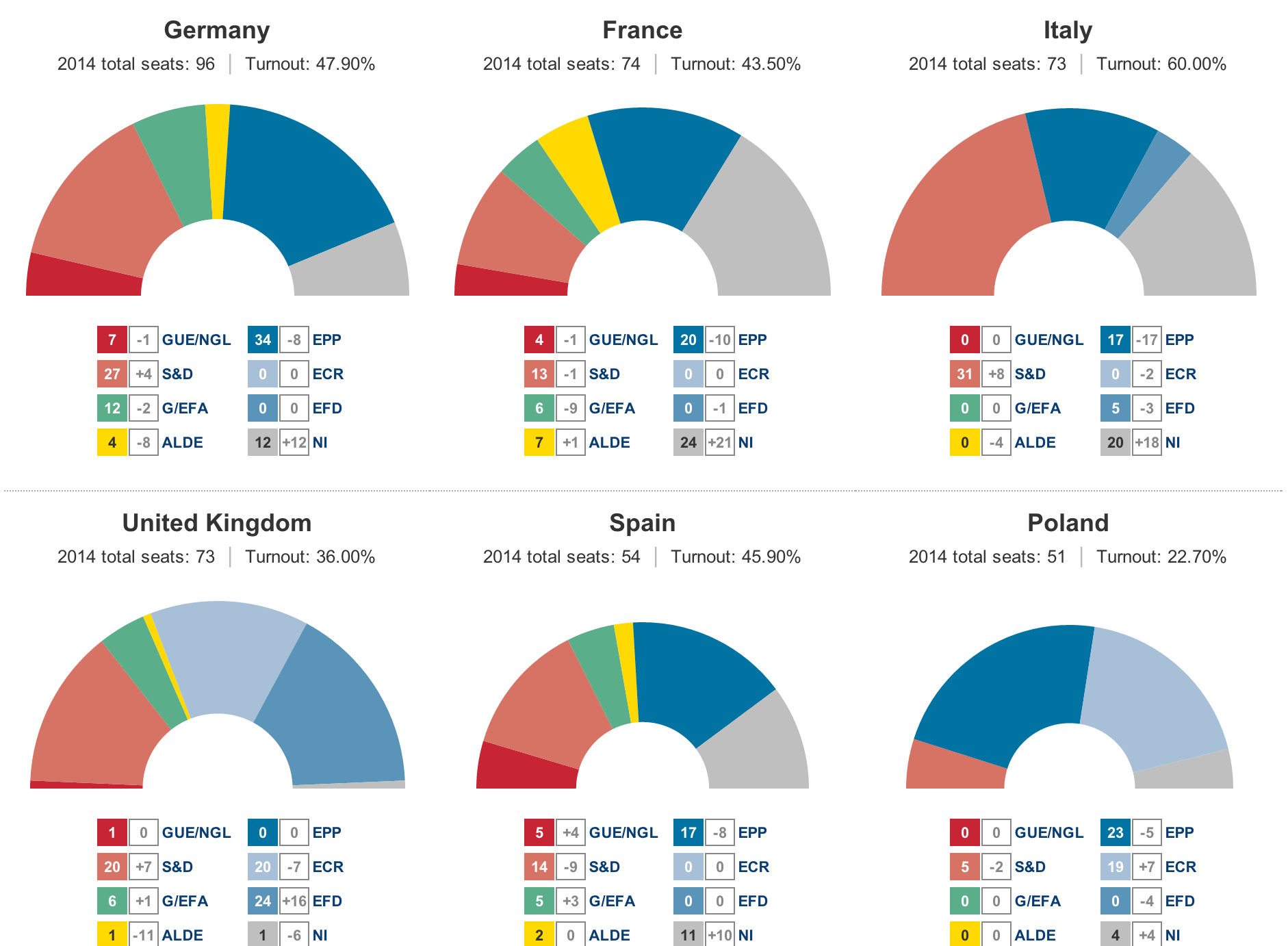 A winning combination: Mark Mellman, the CEO of the Mellman Group, a polling and consulting firm, concluded a four-part series arguing that — despite heightened polarization — campaigns need to do two types of persuasion: persuading supporters to vote and persuading non-supporters to support the campaign.