This is “Ctrl + ←,” our weekly data journalism roundup. You’ll find the most-read FiveThirtyEight articles of the past week as well as some other gems we spotted elsewhere on the Internet.

Majority minorities: As a Brit, which U.S. state should I move to if I want to join an immigrant community mostly composed of my countrymen and countrywomen? None of them. Since Mexican-Americans make up the majority of documented immigrants in so many states, Slate looked to see what the next-largest immigrant group was in each state. Even then, there’s not a single state where my British brethren are a significant share of the immigrant community. Sigh. 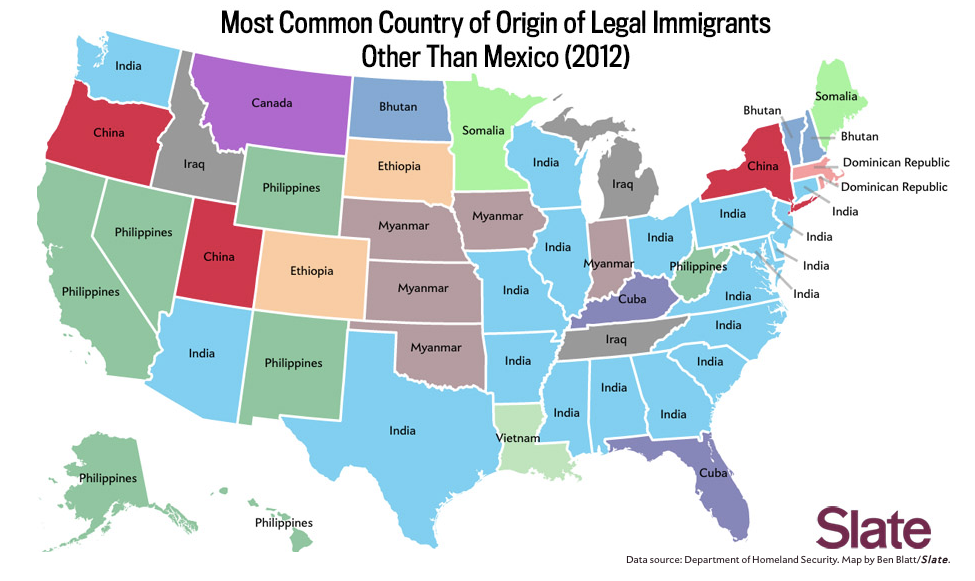 Rent or buy? It depends: We loved this interactive from The Upshot, not least because it helps readers to calculate the cost of a huge life decision: when to get on the property ladder. Tweak the numbers on home price, mortgage details and taxes to get a truly tailored estimate of the maximum amount you should be paying out.

Your life in weeks: Here’s an entire typical American life in a grid comprised of 4,680 weeks. See how the phases of your life stack up.

Penny pinching: After the Bureau of Economic Analysis released price-adjusted estimates of personal income for metropolitan areas, Quoctrung Bui, a multimedia producer at NPR, wanted to make that data accessible. So he produced an interactive that allows you to see how median income “feels” in different U.S. cities based on local prices.

Baby’s first snap: Are quarterbacks selected in the first round of the NFL draft getting into the starting lineup sooner than they used to? Chase Stuart at Football Perspective looked at everyone from Steve Spurrier to Robert Griffin III to see how quarterbacks are faring.