It was less than a year ago that the U.S. Supreme Court ruled that Section 3 of the Defense of Marriage Act (DOMA) — which in 1996 barred same-sex marriages from being recognized under federal law — was unconstitutional. Justice Antonin Scalia, in his dissenting opinion in United States v. Windsor, wrote:

As far as this Court is concerned, no one should be fooled; it is just a matter of listening and waiting for the other shoe. By formally declaring anyone opposed to same-sex marriage an enemy of human decency, the majority arms well every challenger to a state law restricting marriage to its traditional definition.

Scalia thought it would be difficult to rule against same-sex marriage while holding to the Windsor precedent.

This week, federal courts struck down bans against same-sex marriage in Oregon and Pennsylvania. Pennsylvania’s Republican governor says he won’t challenge the decision; Oregon’s ruling may end up being stayed. The decisions were 10th and 11th rulings, including those by state courts, since Windsor to strike down bans on same-sex marriage. The following table only includes states that issue same-sex marriage licenses (or where a court ruled that the state must issue them); it does not include states, such as Kentucky and Ohio, where the courts ruled that the state must recognize licenses issued by other states. The dates indicate when the decisions were rendered, not when they went into effect.

In Favor of Same-Sex Marriage 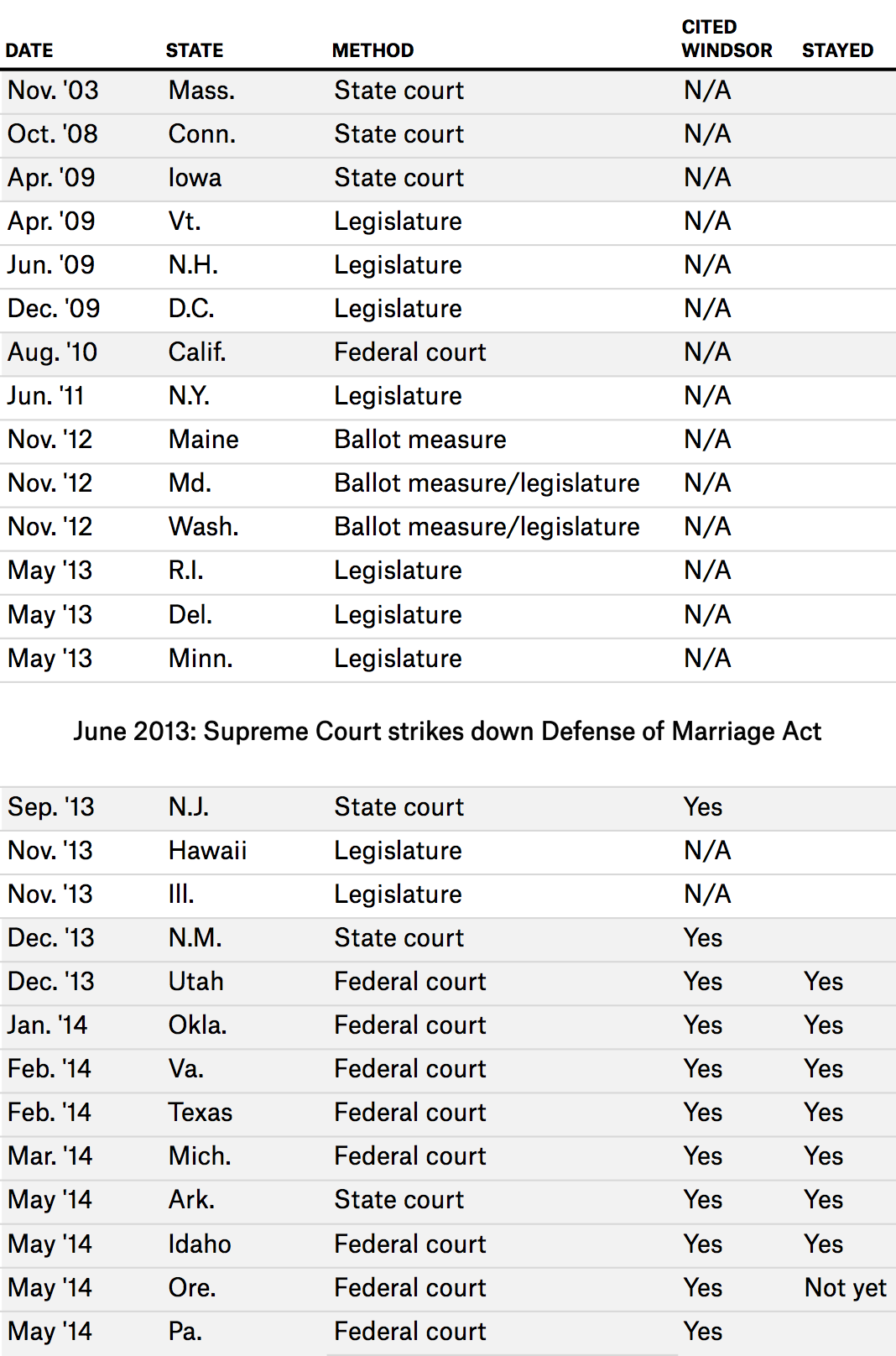 Supreme Court followers have noticed the trend. The National Journal’s Sam Baker noted Tuesday that when it came to the implications of Windsor, Scalia “called it.”