Jim Webb, the former Democratic senator from Virginia, stirred the political pot this past week, saying he was considering a presidential run in 2016. Webb was a moderate when he was in the Senate, and he strikes a different ideological chord than other potential contenders that have been put forward as alternatives to Hillary Clinton, such as liberal stalwarts Howard Dean and Elizabeth Warren.

Political analysts seem to be using a 2008 template. That year, then-Sen. Barack Obama upset Clinton from the ideological left, going after her, for instance, on her Iraq War vote. But early polling suggests that a candidate fitting Webb’s profile may be more likely to give Clinton (should she run) the stronger challenge in the 2016 Democratic primary.

Clinton does well with almost every demographic group, not surprising given that she is polling over 60 percent overall and running 20 to 30 percentage points ahead of her early numbers in 2008. But let’s say you’re a high-powered campaign strategist shut out of Hillaryland, and you’re looking for a candidate to back; you might ask, “Where is Clinton weakest?”

Unlike 2008, when Clinton ran for president, she is polling about equally strong among age groups, education groups or among racial/ethnic groups. But like 2008, Clinton continues to perform worse among men than she does overall. Here are the latest 2016 Democratic primary polls: 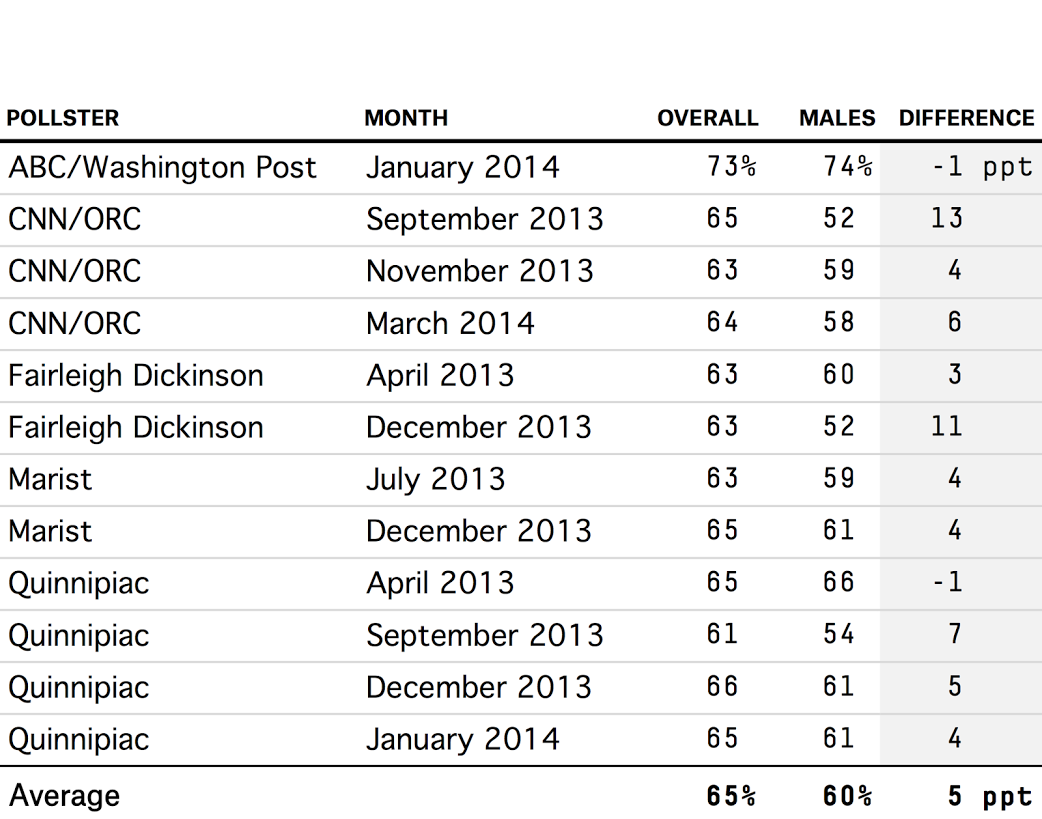 In polls that included a breakdown by gender, Clinton scored 5 percentage points worse among men, 65 percent to 60 percent. That’s nearly identical to the gender gap for Obama in the 2012 presidential election; he won 51 percent overall and 55 percent among women. A challenge from Warren or another woman would be attacking Clinton’s core, not her weakness.

Clinton is doing better among liberals than she’s doing overall — a reversal from 2008. 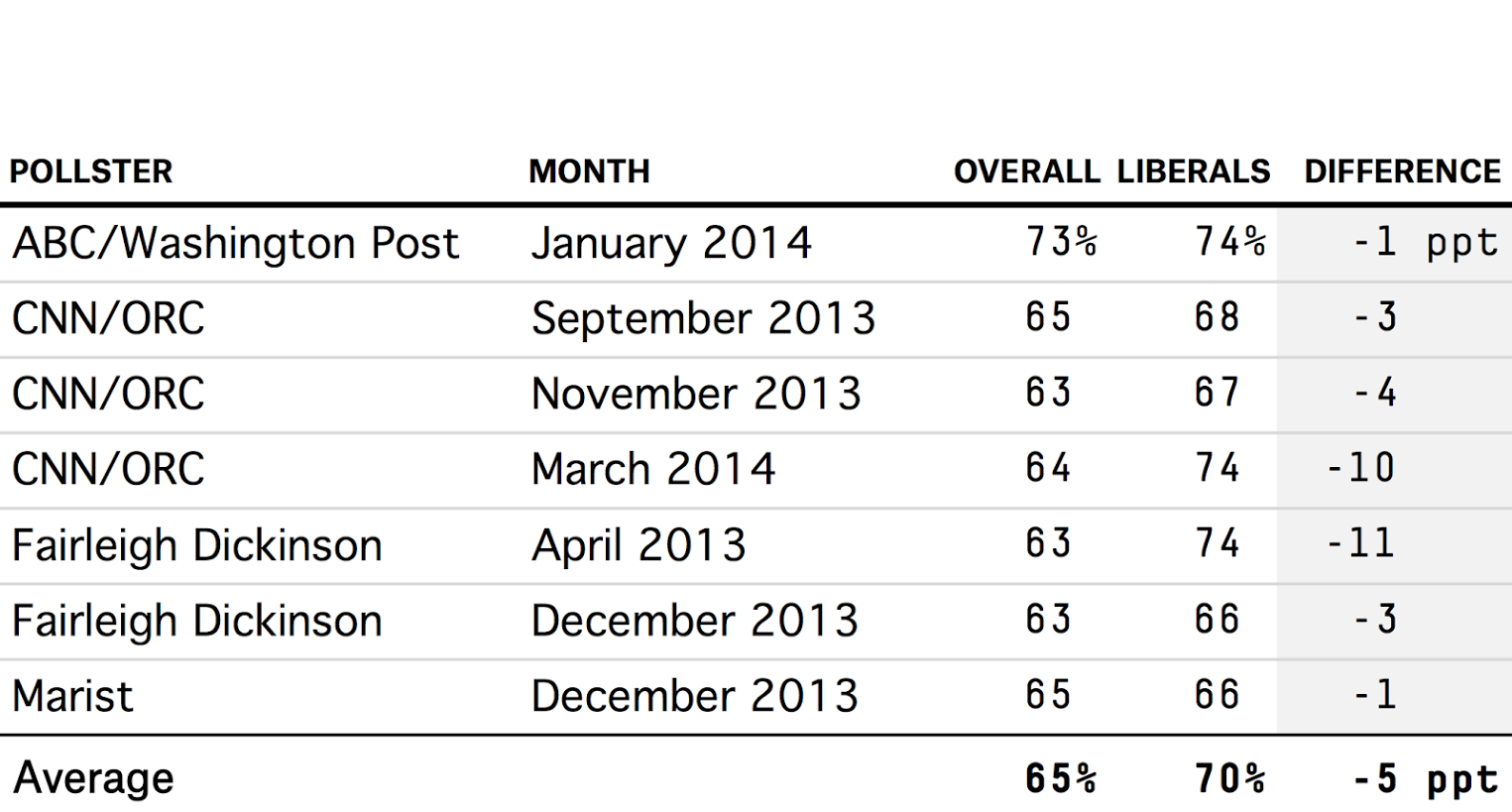 In polls that include ideological breakdown, Clinton hits 70 percent among liberals, 5 percentage points better than she does among all Democrats. While it’s possible that Clinton is doing worse among voters who identify in the liberal subgroup “very liberal,” which hasn’t been polled, it seems that a candidate who attracts moderate and conservative Democrats would be in a stronger position to win anti-Clinton voters. Other polling backs this up: Two CNN surveys (here and here) asked Democrats whether they preferred Clinton, a liberal challenger or conservative challenger; Clinton led and the conservative challenger placed second in both surveys.

Finally, Clinton, like in 2008, is doing better with self-identified Democrats than she is among all Democratic primary voters, which includes Democratic-leaning independents.

Put it all together, and you start to get a picture of what a Clinton challenger might look like: probably male, moderate and anti-establishment.

Who matches that profile?

Webb, for one. He has been both a Democrat and Republican. Maybe Brian Schweitzer, the former Montana governor who mixes liberal and conservative positions and is not a fan of the Washington, D.C., establishment. A candidate like Joe Biden, who has been in Washington for over 40 years — probably not.

Meanwhile, more liberal candidates like Dean, Warren and independent Sen. Bernie Sanders of Vermont match the anti-establishment part of the equation. They may, however, be too liberal to take advantage of Clinton’s “weakness” among moderate and conservative voters.

What should be noted is that early major Clinton endorsements also seem to be coming from the left, according to University of Stanford professor Simon Jackman‘s ideal point estimates. Of the 21 senators who have endorsed Clinton, 13 are to the left of the median Democratic senator, and only eight are to the right. The book “The Party Decides” tells us that this group holds a large sway over who gets the nomination, because they tend to represent the various interest groups within the party. Therefore, this hints at a potential challenger having more room for support on the right than the left.