But you know what isn’t euphemistic? Data.

Let’s make sure the data relates to you, though. It needs to have been collected relatively recently, include an age and a gender breakdown, and preferably have been conducted in the United States. The National Survey of Sexual Health and Behavior (NSSHB) from Indiana University, the “largest nationally representative study of sexual and sexual-health behaviors ever fielded” should do fine. Between March and May 2009, the NSSHB collected data from 5,865 Americans between 14 and 94 years old. 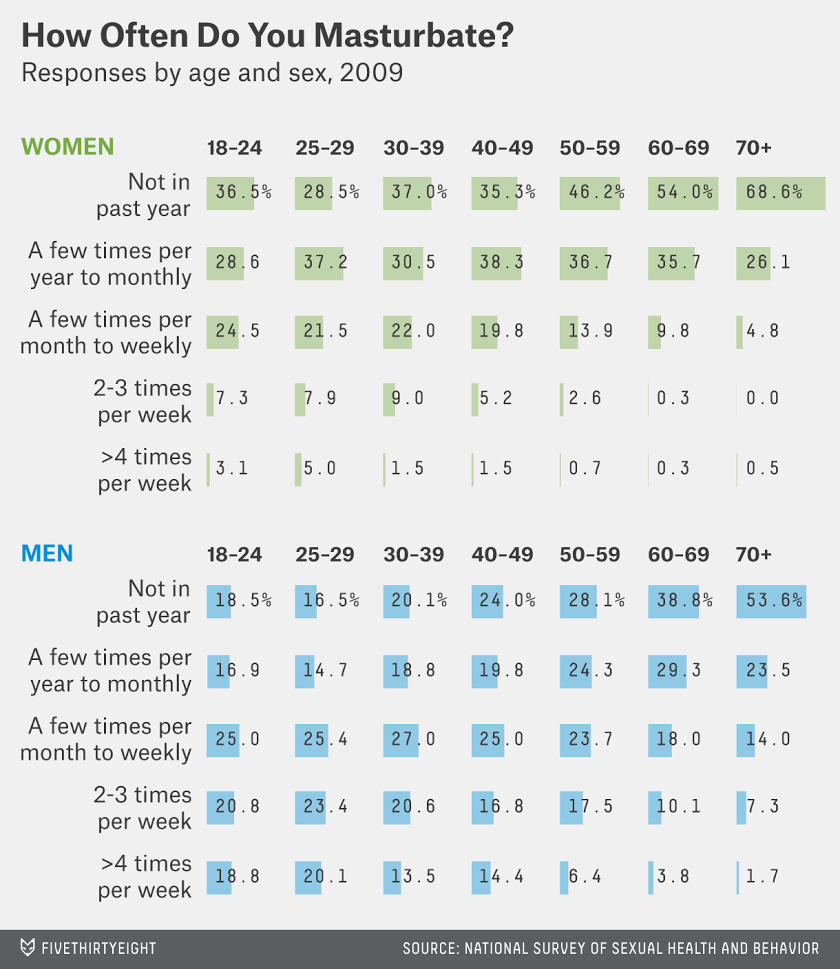 Those low percentages mean you’re a bit less normal. If that bothers you, maybe you can find solace in the possibility that others are fibbing (although the survey was submitted anonymously online, so does reduce the chances of that).

I wondered if there was more to this than “eight times per week,” so I contacted Julia Heiman, a professor of brain sciences and senior research fellow at Indiana University’s Kinsey Institute. She said:

Have a question you would like answered here? Send it to datalab@fivethirtyeight.com or @DataLab538