What’s going around: Hypochondriacs, look away. In an epic study from Weill Cornell Medical College, researchers swabbed and scraped DNA from 466 open subway stations and found that at least 67 kinds of bacteria travel with New York’s 5.5 million daily commuters. The Wall Street Journal took their findings and turned them into an interactive that allows you to explore the results by bacterium or by location. [Wall Street Journal] 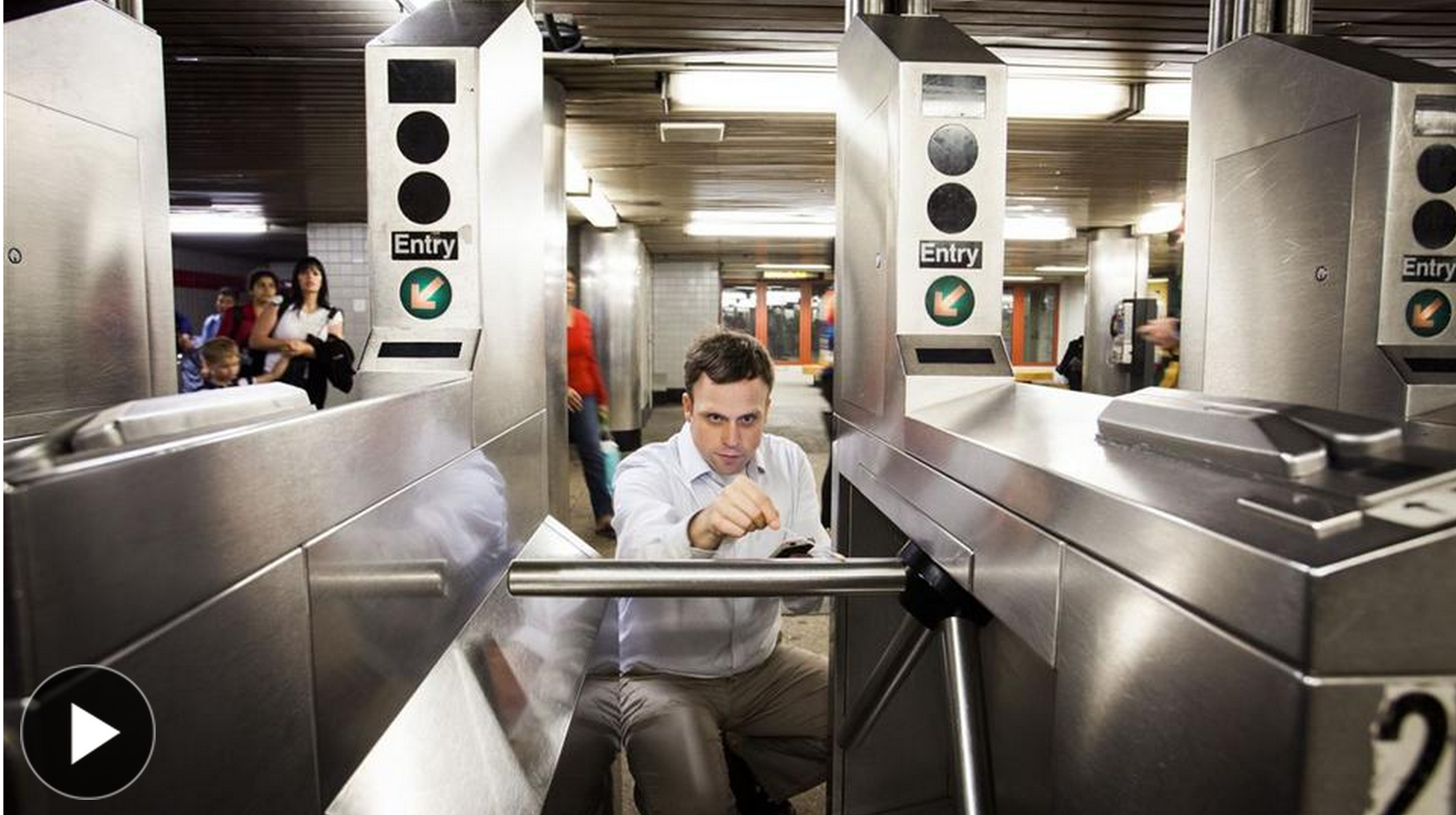 There he is!: Randal Olson confesses that he had a lot of time on his hands one weekend when he decided to “to compute the optimal search strategy for finding Waldo” of the “Where’s Waldo” books (as a Brit I’m going to set aside the fact that the character’s name is in fact Wally). Ben Blatt at Slate had already mapped where on the page Waldo appears. So, Olson took Blatt’s data and treated it in the same as a “traveling salesman problem” — in other words, he tried to work out what path your eyes should follow across the page to find Waldo as quickly as possible. [Randal S. Olson]

Predicting war: There have been more than 200 wars since the start of the 20th century (and consequently, 35 million battle deaths), yet academics have had little success reliably forecasting conflict. Thomas Chadefaux from Trinity College Dublin explored whether news coverage could be used to predict the onset of war. He found that a media-based forecasting model can be used with pretty good confidence to predict the onset of war, and could buy policymakers much-needed time before tensions escalate into violence. [Journal of Peace Research] 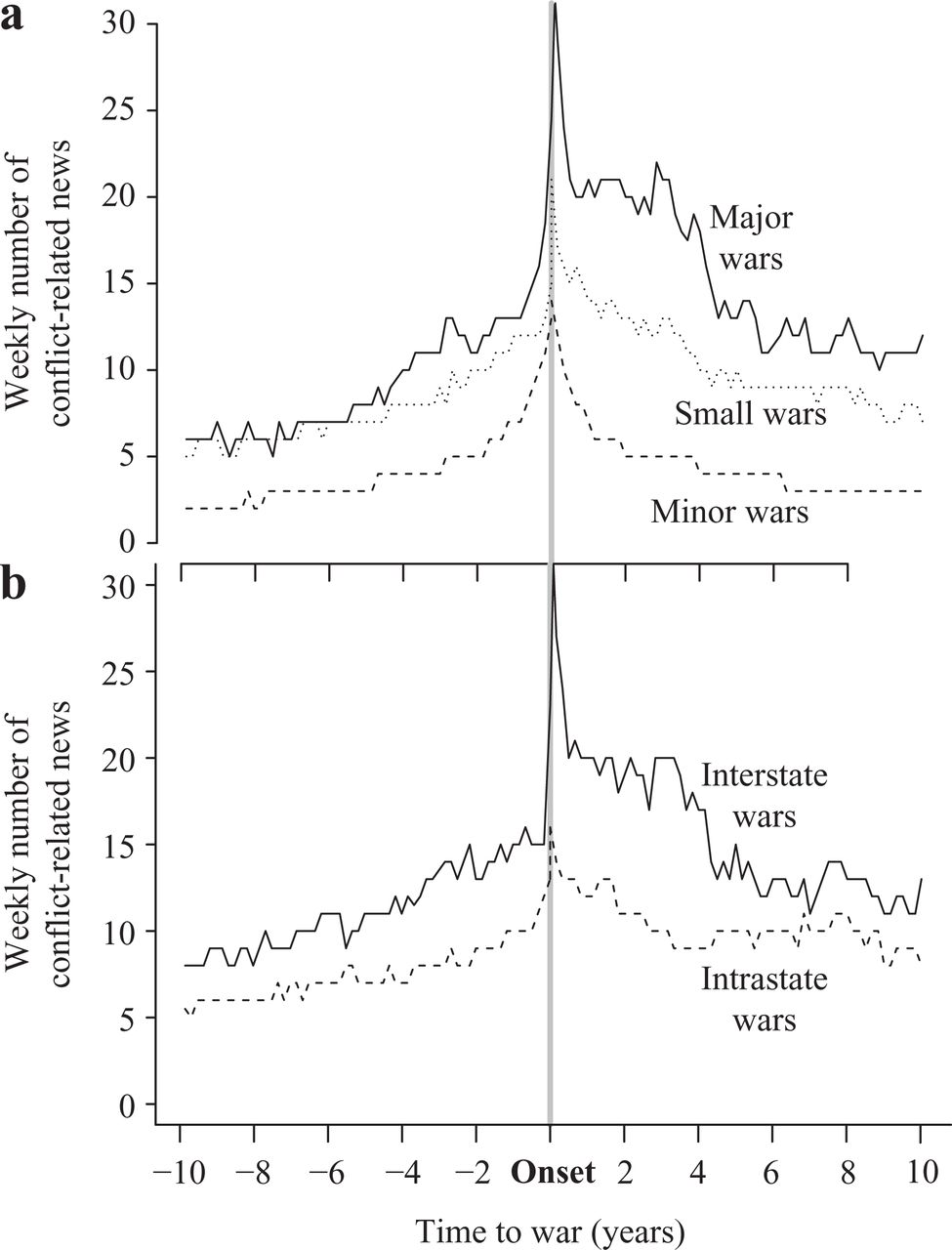 Where men outnumber women: When writing about women in Saudi Arabia, I stumbled across a fascinating statistic: Just 23.5 percent of Qatar’s population is female. At Quartz, David Bauer researched gender imbalances globally and found that 49.6 percent of the world’s population was female in 2013; 81 countries had a majority of women, 37 countries had a majority of men and 75 were within 0.5 percent of gender parity. But more importantly, Bauer looked at trends in specific countries and possible explanations for gender skews — including economic prosperity, heavy drinking, migrant workers and genocide. In some cases, like the example in the chart below, the consistency across countries in the same region is striking. [Quartz] 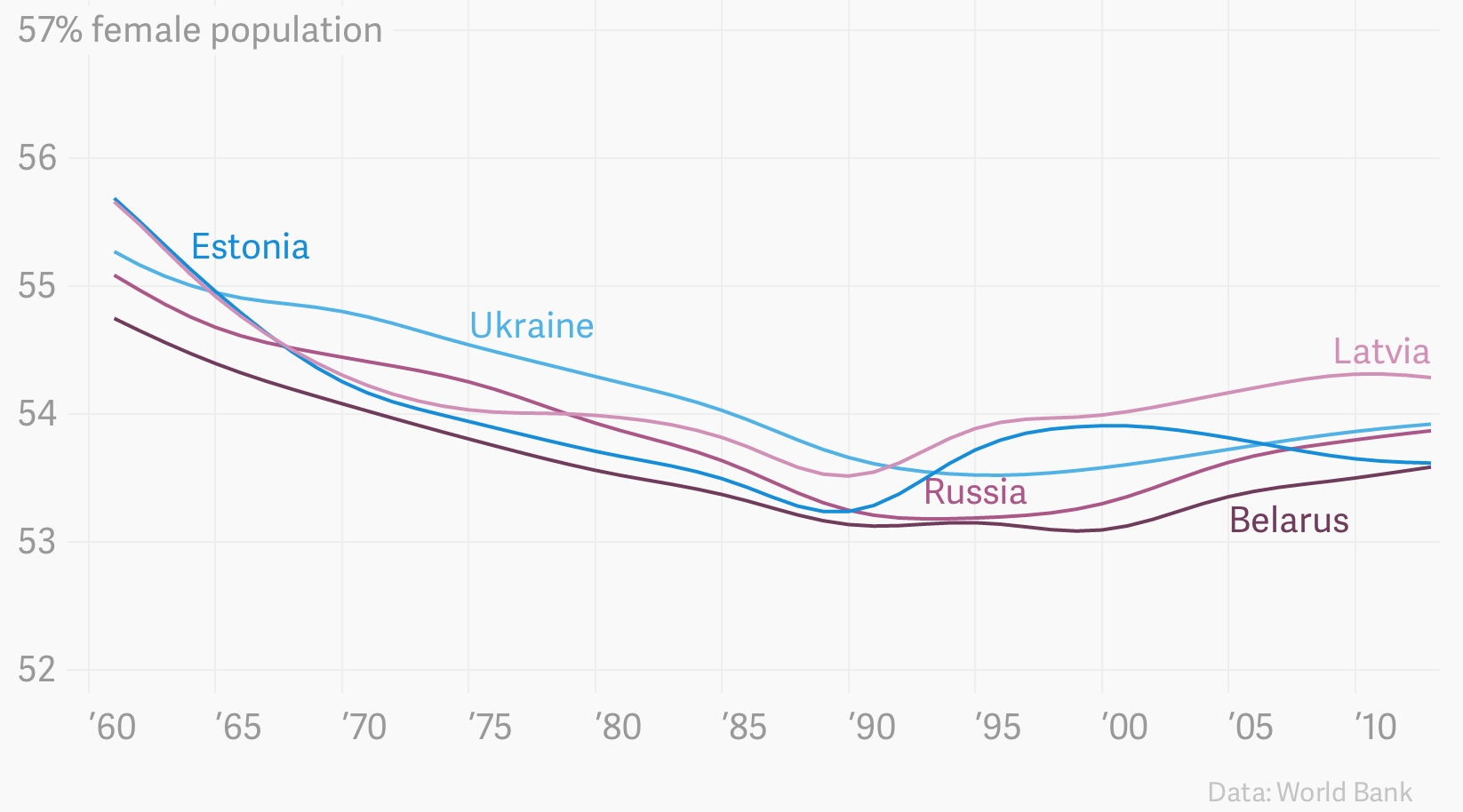 More emojis, more sex: A nationally representative survey of 5,675 U.S. singles found that people who have more sex tend to use emojis more often. The survey, which Laura Stampler of Time magazine covered, found that 54 percent of emoji users had sex “at least monthly” in 2014, compared to just 31 percent of singletons who didn’t use the ideograms — and those findings were consistent across gender and age. If that’s not surprising enough, Stampler also reported that “women who use kiss-related emojis have an easier time achieving orgasms with a familiar partner.” [Time]