Cycling in Colorado: At Flowing Data, Nathan Yau has taken data from the Census Bureau’s 2013 American Community Survey and plotted the ways Americans get to work. The interactive map allows you to zoom in on a specific county and switch among different transport methods (drive alone/carpool/public transport/walk/bicycle/work from home/taxi/other). That doesn’t mean the data answers all the questions, though. In Alaska, lots of people are using “other” forms of transportation to get to work — which Yau can only guess might be “something like snowmobile.” 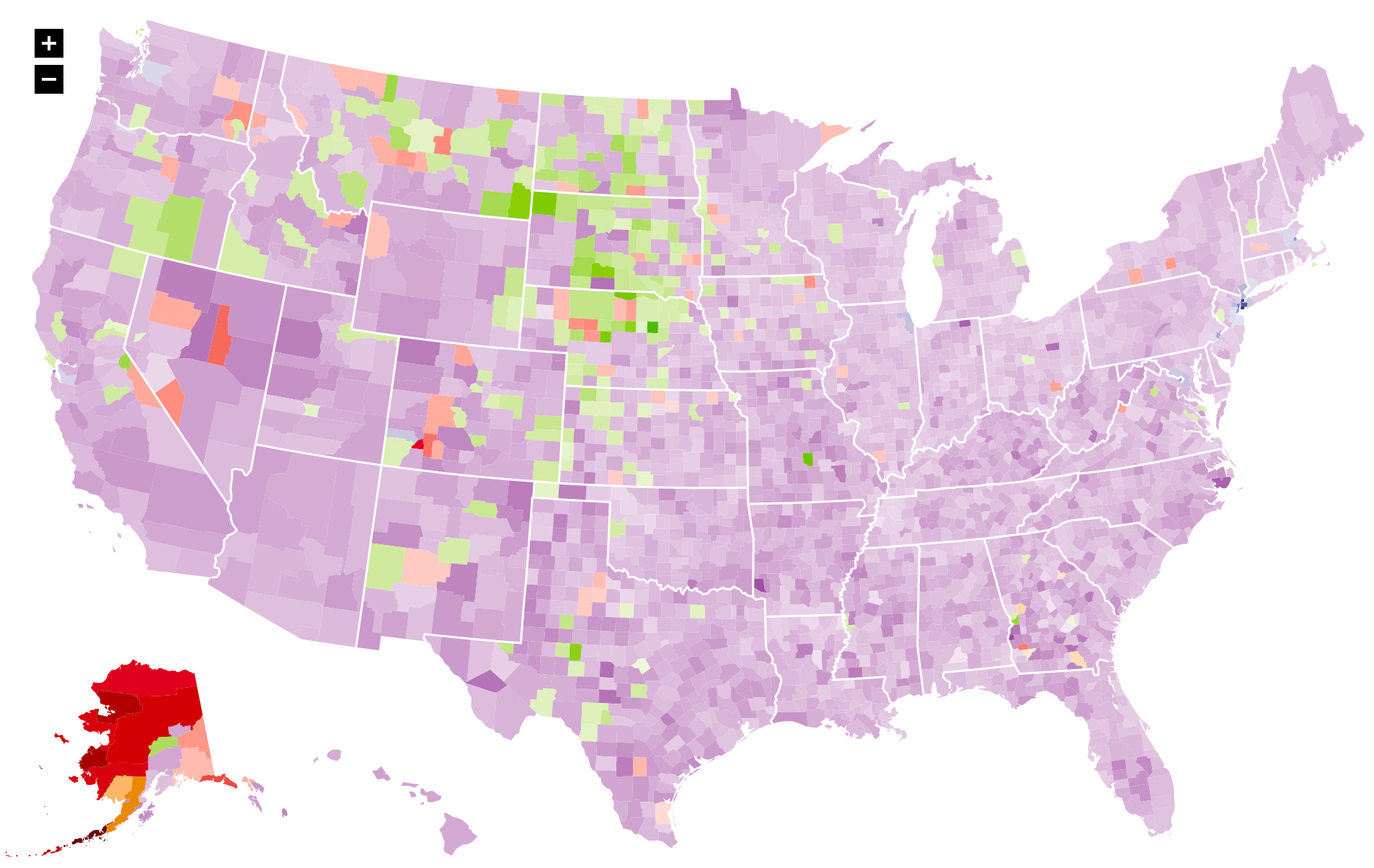 Bulk buying isn’t for the poor: Monthly passes can be a real bargain if you’re a regular traveler on the New York City subway — but they require a big initial outlay that some of the city’s poorest residents simply can’t afford. In this brilliant use of data, Matthew Schuerman of WNYC looks at MetroCard purchases in each subway station to see how they correlate with income in that neighborhood. Although there are some exceptions, the overall trend is pretty clear: New Yorkers who live in poorer areas tend to buy 7-day passes rather than ones that last a month. Schuerman speaks to some of the individuals affected and describes what the city’s Metropolitan Transportation Authority is doing to address the problem. 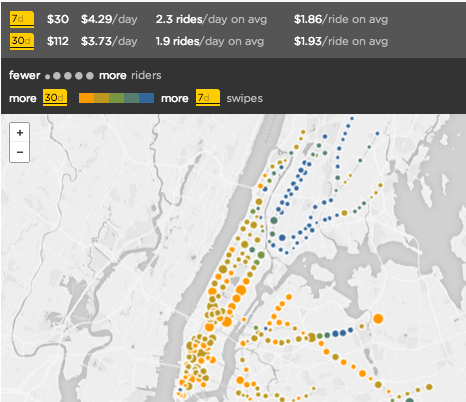 How Uber fares vary: Denmark’s minister of transport recently joined the long list of critics who say the ride-sharing service Uber jeopardizes the jobs of taxi drivers who don’t use the app. Labor protection laws in Denmark and other European countries mean that standard cab services are often more expensive than Uber, which hires drivers as independent agents and keeps the number of full-time employees to a minimum. To see what Uber is competing with, Leo Mirani of Quartz continues this week’s transport theme by taking a look at how the fare for a 5 kilometer (3 mile) ride varies by city. 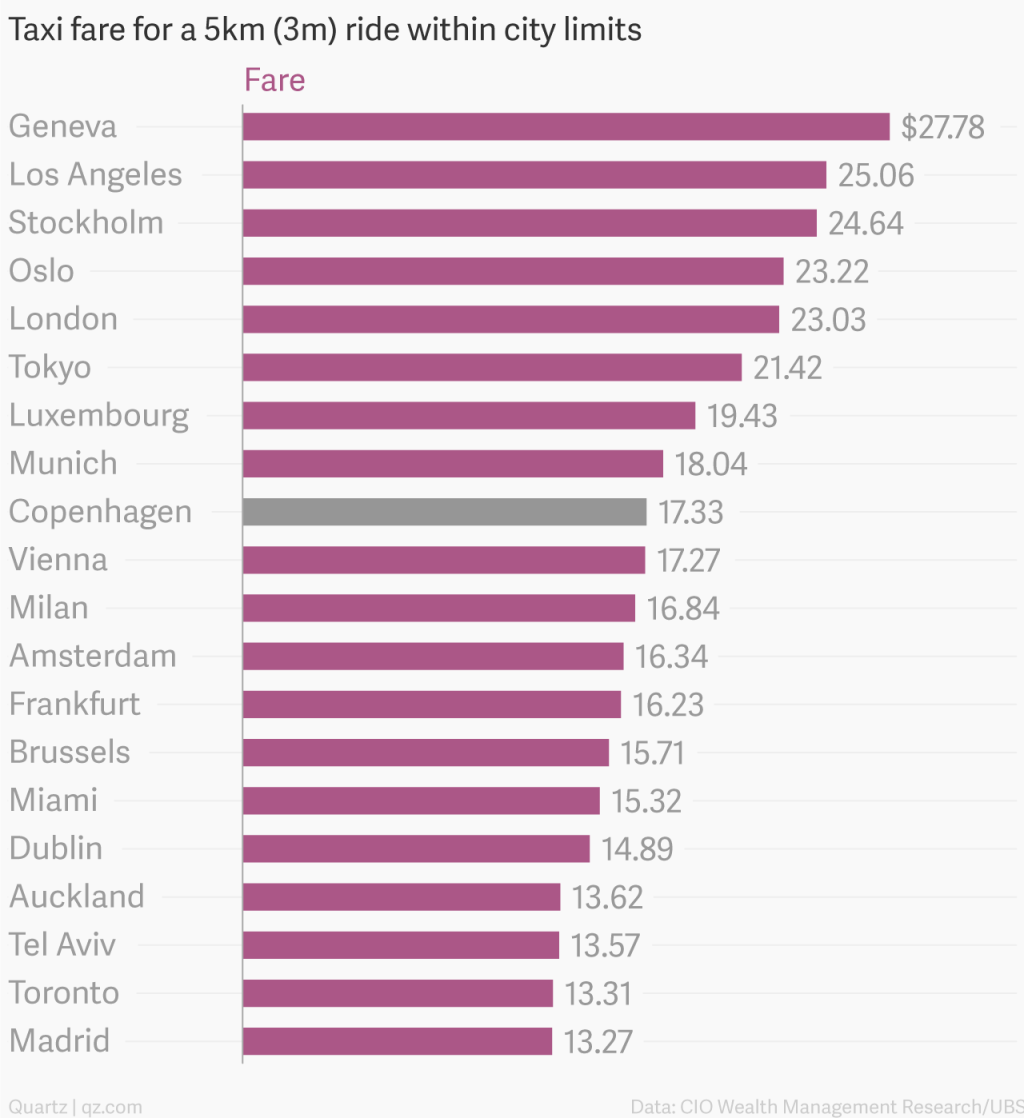 Log data: Strange things happen on Reddit. Like one user taking note of every bowel movement he made in 2014 and then handing the data over to another user to turn into charts. Though it’s based on a sample size of one, the researcher did manage to produce a high volume of samples that are sorted according to the Bristol stool scale (seven categories of stool, only two of which are optimal). The data dump included time of day and frequency, and produced interesting hypotheses in the ensuing Reddit conversation. 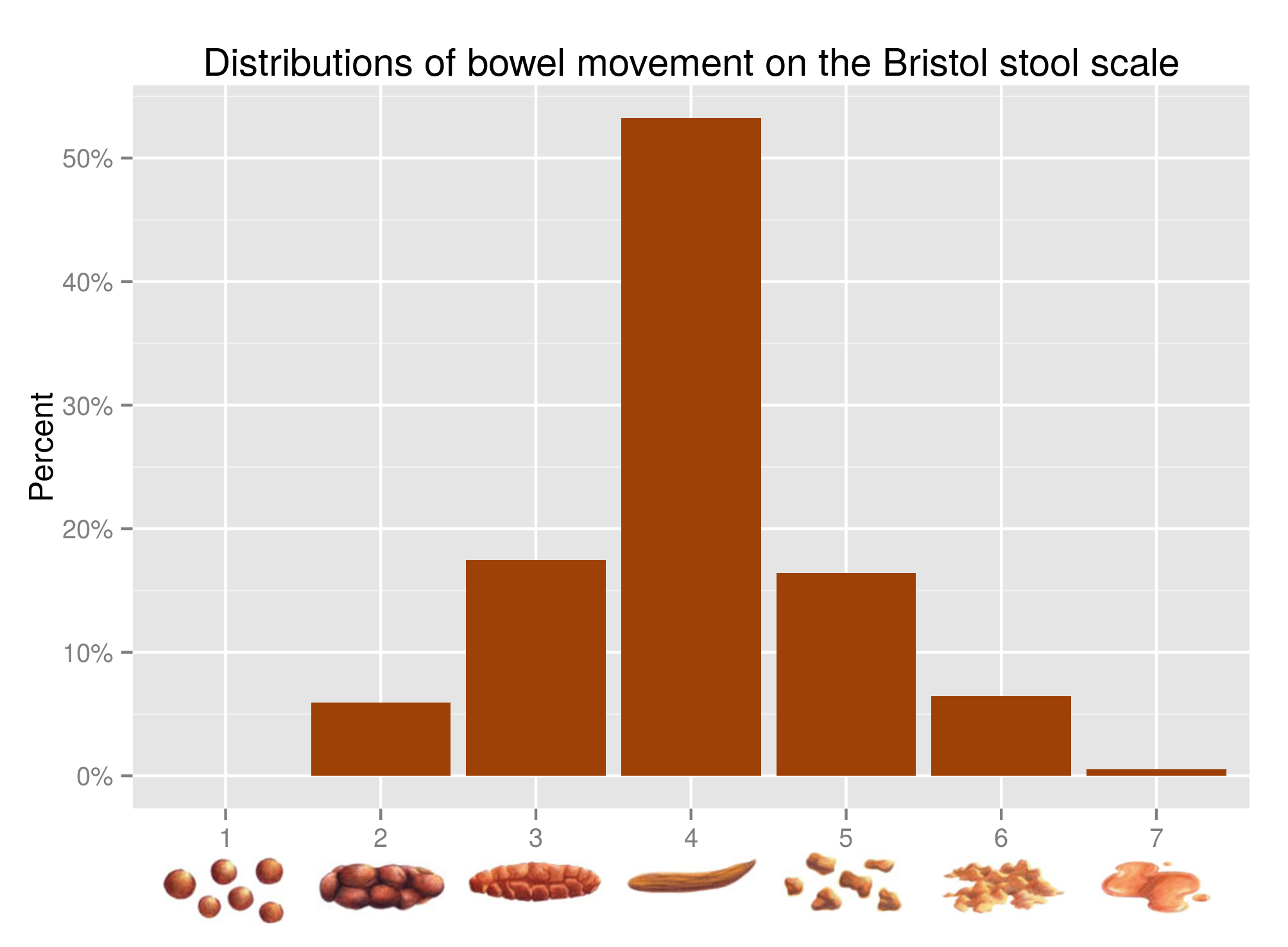