You can also listen to the story on NPR’s website.

I’ve been working with NPR to discuss a number of the week. This time it’s 52 — the number of countries the ride-sharing service Uber currently says it operates in. But it hasn’t been a great week for Uber, with court rulings and lawsuits against the company popping up in six cities. Speaking with NPR’s Weekend Edition team, I tried to put this week’s PR disaster in perspective by discussing Uber’s rapid growth and the customer data the company has collected along the way.

The graphic below from Reuters maps Uber’s explosion and where it’s been banned since the company launched in San Francisco in 2010. You can also read more from FiveThirtyEight about the company’s valuation. Happy listening! 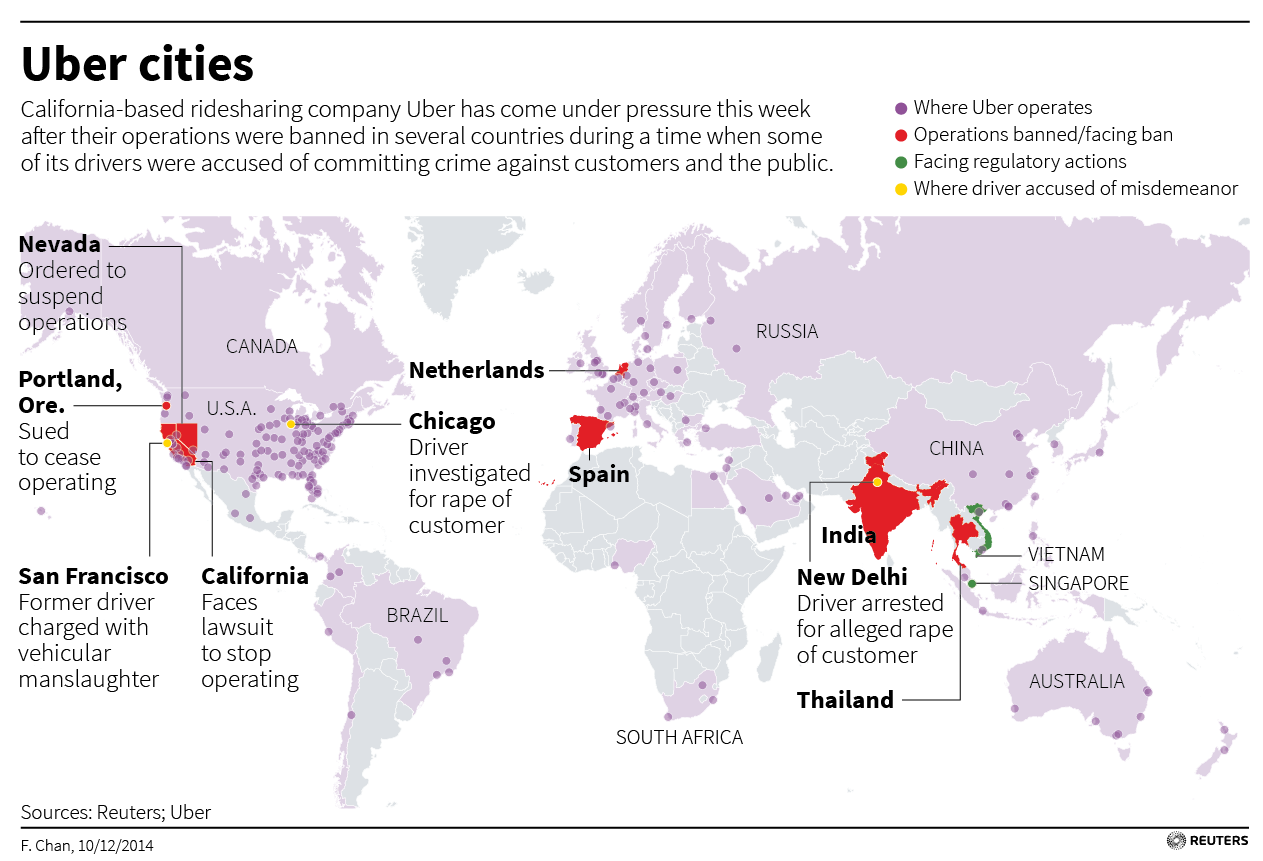