As Donald Trump rises in the polls, another loud-mouthed northeasterner continues to flounder: Chris Christie. The New Jersey governor officially jumped into the Republican presidential race June 30, but his poll numbers didn’t move (other candidates received a post-announcement bounce). Christie is now in danger of missing the first GOP debate, on Aug. 6.

Christie averaged just 2.7 percent of the vote in the three live-interview Republican primary surveys taken in July. That’s very slightly worse than the 3 percent he averaged in the three live-interview polls taken just before he entered the campaign. And when I last looked at the debate standings, in early June, Christie seemed safely on the invite list. But Trump is sucking up all the oxygen; Christie has received comparatively little media attention, and the little post-announcement spike in attention that Christie did receive has abated.

Normally, a candidate might try to revive his campaign in the debates. After all, Newt Gingrich got Republican voters on his side thanks, in part, to challenging moderators in the 2012 primary debates. But with so many candidates, Fox News, which is hosting the first debate, will only invite the top 10 (according to an average of the five most recent polls) to participate.

At the moment, Christie is in ninth place in the five most recent live-interview polls, just 0.6 percentage points ahead of former Texas Gov. Rick Perry, who, in 11th place, wouldn’t make the debate right now. 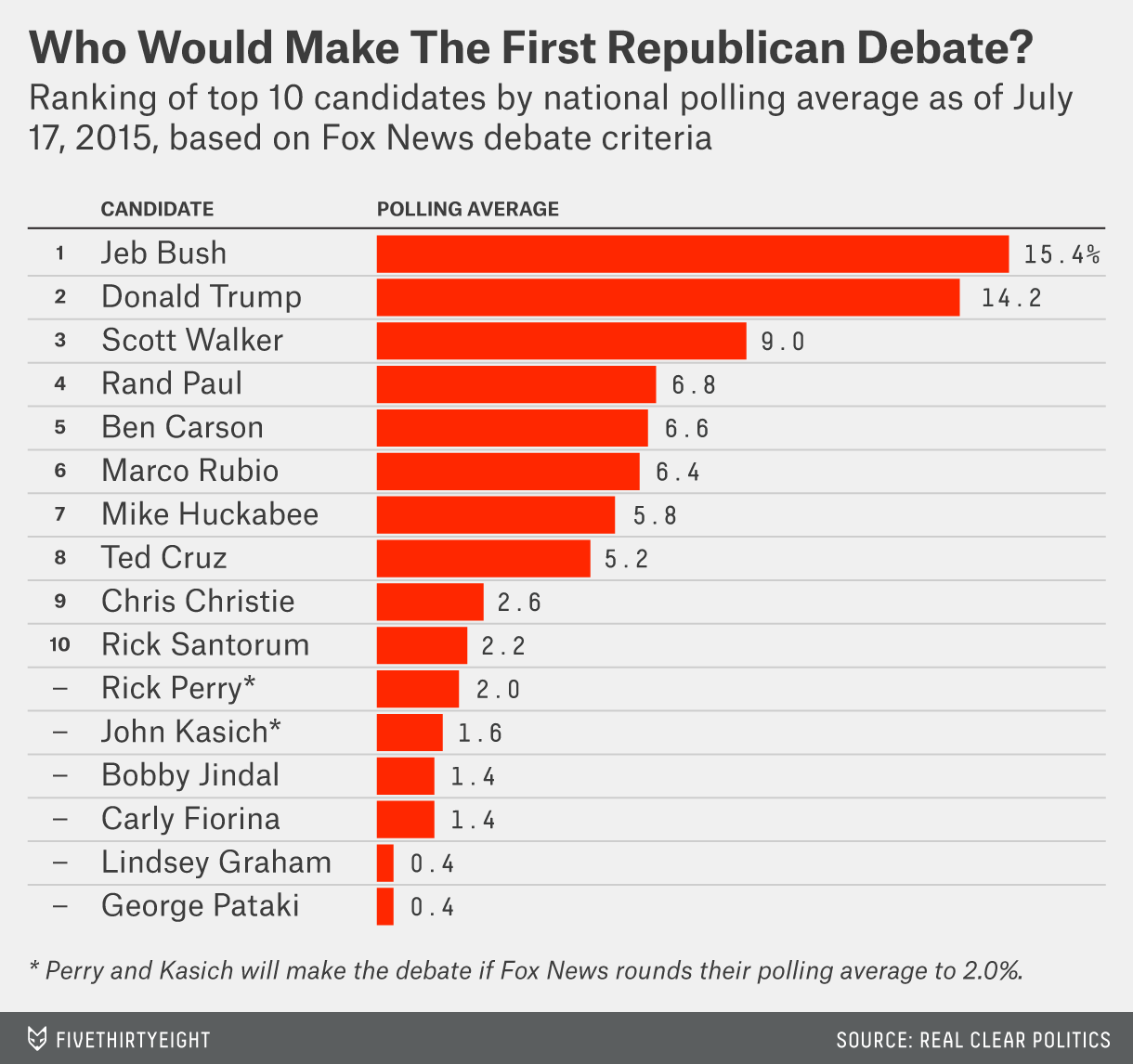 Assuming that Fox News does not round poll results when deciding who is in the top 10 (the network continues to be unclear about whether some pollsters will be excluded and whether results will be rounded), Christie could be just a poll or two away from watching the first debate on TV. Christie was in 11th place based on polls released through July 13. With the candidates so close together, random noise in the polls can affect the standings. Also, with Ohio Gov. John Kasich declaring his candidacy July 21, he could easily receive a bounce and pull moderate voters from Christie.

Not appearing at the debate would cut out the heart of Christie’s reported strategy: Use the debates to showcase his tough-guy persona. It would be yet another blow to a candidate whose stature has been slipping for over a year and a half.