It’s the end of the year, and my colleague Harry Enten is working on a “what I got wrong in 2014” post. This is an admirable exercise, and I’d love to participate. But I made only a few predictions this year.

That’s about it! But there was one article I wrote that had a number of verifiable predictions in it, though not mine: a statistical analysis of a tarot card reader’s predictions about my future.

Many of psychic Angela Lucy’s predictions were quantifiable — the likelihood of success in dating, the odds of being dissatisfied at work, the probability I’d meet someone new with certain physical traits in a certain period of time, the chances I’d become a fisherman. The expiration date for the forecast was Christmas, so now’s a perfect time to see how it panned out.

‘Even though you’re looking [for a relationship], you’re not going to succeed this summer.’

Nailed it! This was low-hanging fruit. I spoke to Christian Rudder, a founder of OkCupid and the author of “Dataclysm,” in September, and he told me it takes average OkCupid users a whopping 198 days between the time when they start looking and when they leave the site because they found someone. I’m on Day 148 since my reading, so I’m barely even typical yet. Lucy 1, future 0.

‘But you may have luck around Christmastime.’

Swing and a miss. Despite repeated screenings of “Love Actually” — or perhaps as a result of those screenings — I did not have luck at Christmastime. Lucy 1, future 1.

‘Your friends are going to start getting married, and that’s an obstacle to friendship.’

Another slam dunk for Lucy. Since my reading, I have received two “save the dates,” and three friends announced their engagements on Facebook. Again, this was a bit of an easy prediction. I’m 24, and most of my friends are about the same age; the median age for first marriage is 28.4 and 29.9 for women and men with college degrees, respectively. I’m not yet certain whether this is going to be an obstacle for friendship; I imagine that’s mostly contingent on my sobriety at the receptions. Still, a point is a point: Lucy 2, future 1. 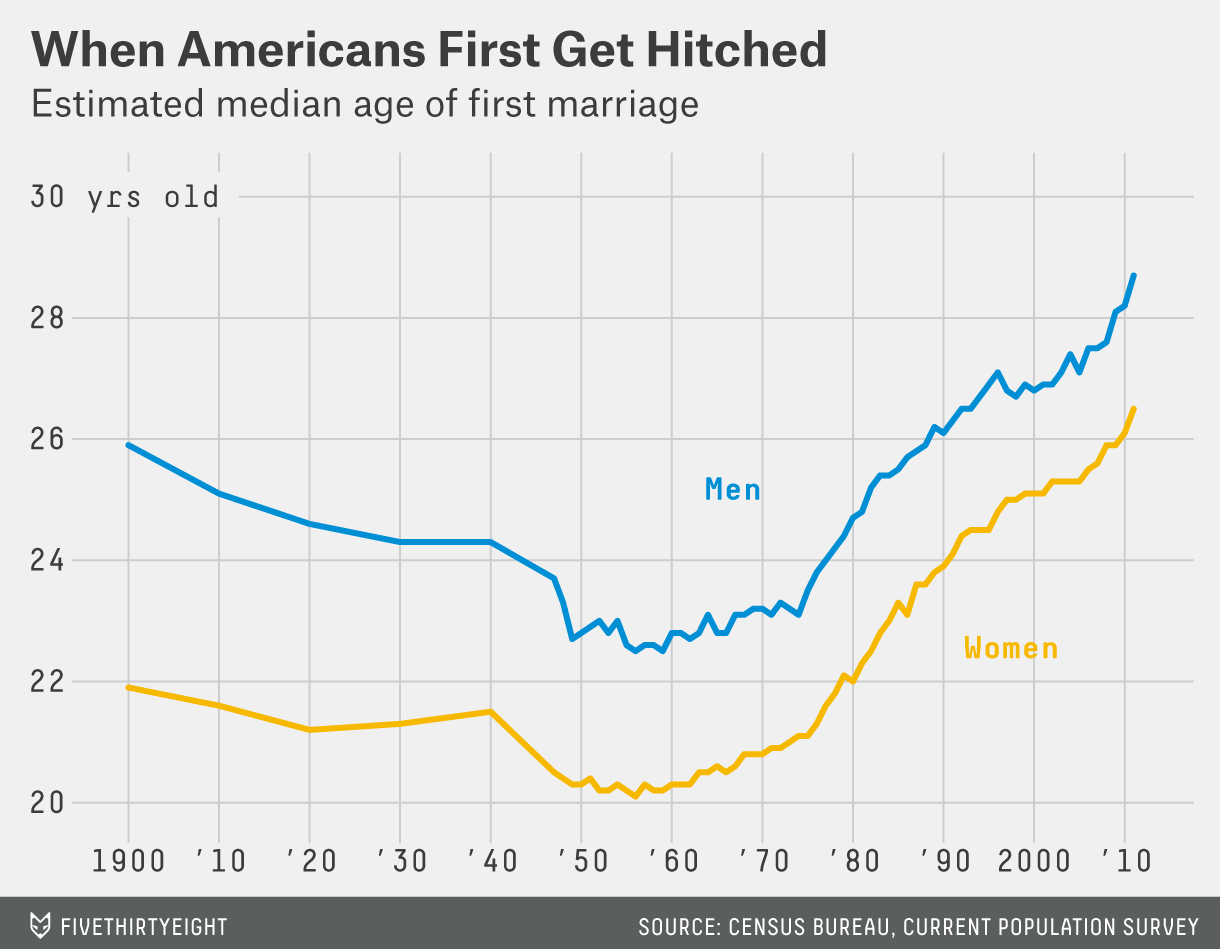 ‘You will meet a woman with brown or red hair.’

This prediction — that I’d meet someone with those characteristics who would have some impact on my life — was, by my calculation, almost assured. Based on an approximate rate of meeting new people and a guesstimate that non-blond women made up 41 percent of New York’s population, I estimated there was a 98.8 percent chance I’d meet at least one woman with brown or red hair before the end of the year. And sure enough, my roommate started dating a woman with brown hair a few months ago. She has helped conceive of at least one “Bar Fights With Walt” column concept. I’ll count it. Lucy 3, future 1.

‘I see you boating. Do you like boating or fishing?’

This one was so close to working out for Lucy. Some friends and I went to Upstate New York for a weekend in October, and I would have gone rowing, but the oars disappeared. This prediction was, by far, one of Lucy’s biggest gambles. I live in Jersey City, New Jersey, which is not known for its aquatic attractions. Fishing was an even larger stretch; I don’t even think I’ve had sushi since August. And I’m a few age brackets too young to be a solid bet to boat. A Recreational Boating & Fishing Foundation report said 18 percent of Americans went boating each year, but they tend to skew older. While Lucy’s other predictions were pretty reliable bets, this would have been an earned win, a gamble against the stats that worked out for the psychics. In the end, final score Lucy 3, future 2.

So a 3-2 record, with the most statistically likely events coming in as wins. Not exactly a ringing endorsement for tarot cards’ predictive methodology. Remember kids, it can be fun to get your future read, but it’s for entertainment only. Leave the rest of it to the actuaries, and hope for the best.